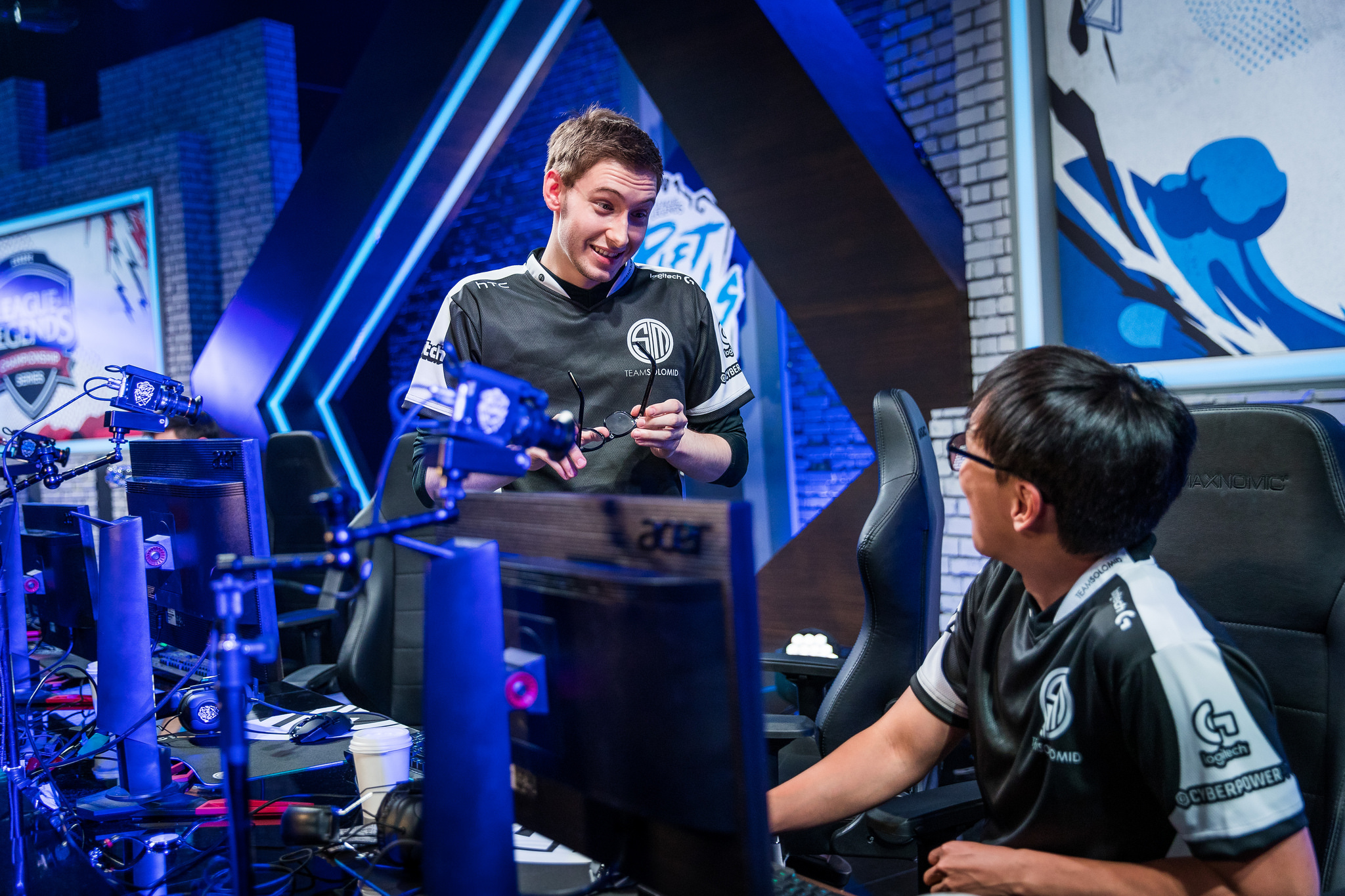 At the beginning of the NA-EU Rift Rivals tournament, hopes were not high for the three NA teams.

TSM, Cloud9, and Phoenix1 had looked anywhere from inconsistent to downright horrible in their home region, while the European teams looked crisp. When TSM won the opening game against G2, North America held its breath. Then Phoenix1 went down to Fnatic and order seemed to have been restored, with the Europeans on top. But then North America rallied. TSM kept winning, and Cloud9 and Phoenix1 joined the fun as well.

At the end of day two, North America sat on top 7-5, and two of those EU victories came after huge comebacks at the end of the second day. It’s safe to say that the NA teams have thoroughly controlled the Rift in the majority of matches—but how? North American League fans may want to find some wood to knock on before proceeding, because we’ll be praising the NA teams.

It starts with the draft

A big question mark before the tournament was what types of drafts we’d see from the NA teams. Cloud9 had perhaps been the most stable, though they had considerable uncertainty in the top lane as they juggled Jung “Impact” Eon-yeong and Jeon “Ray” Ji-won—two players with vastly different champion pools.

But TSM had spent much of the split experimenting while it was anyone’s guess what Phoenix1 would do. P1 has gone on a tear with Rookie of the Split candidate Mike Yeung filling in at jungle, but what would he do when his pocket Nidalee was banned?

Mike Yeung is actually a great place to start. To nobody’s surprise, he hasn’t gotten Nidalee. But he has been remarkably effective on the other meta junglers, Elise, Gragas, and in particular, Lee Sin. With these champions, he has played with near-reckless abandon in the early game. Sometimes that doesn’t work out:

More often than not, it has. His ruthless invades, coordinated with the team, have set up his lanes for success. It’s not an accident that he and C9’s Juan “Contractz” Garcia, last split’s star rookie, have combined for the highest jungle share among the six teams. Both of them have been very aggressive and both have benefited from strong mid pressure.

Focus on the mid lane

Outside jungle, mid lane is the biggest disparity between the NA and EU teams. And that’s even ignoring Unicorns of Love mid laner Fabian “Exileh” Schubert inting every time he is alone in lane. All three NA mids are dominating in early gold, benefiting from the early jungle pressure. Bjergsen and Cloud9’s Nicolaj Jensen are lapping the field in early CS, while Phoenix1’s Yoo “Ryu” Sang-ook is at least keeping pace with the Europeans.

Cloud9 especially has solved some of its issues getting Jensen involved in team play by bringing the team to him. The Europeans look shocked by how quickly and decisively the NA teams can collapse and make plays around the mid lane.

Even when NA loses, it’s more often a result of the weaker drafts—such as in TSM’s loss to UOL and C9’s loss to UOL—and a lack of side lane control. Even in their losses, the three mid laners have accrued insane numbers.

The mid focus has translated to strong objective control, with the NA teams dominant at both dragon and Baron. Hell, we’re four games in and Fnatic has yet to take a single drake. For the most part, NA’s execution around those objectives has been excellent.

Wasn’t EU supposed to be better?

While NA has surprised, the EU teams have taken a step backwards. Perhaps the most concerning performance has been Fnatic’s.

UOL were expected to struggle given Exileh’s recent form, and G2 haven’t been world beaters either. But Fnatic’s strong early game and coordinated rotations should have given them an advantage against all three NA teams.

Instead, Fnatic has been behind early in nearly every game. The one game they had a lead was against TSM, and even then, they gave up four straight drakes—two of them infernal—to let TSM snowball out of control. What is going wrong?

It’s a bit of everything. Their drafts have been really bad. It’s clear that NA prepared for ADC Martin “Rekkles” Larsson’s Kennen, and everyone else has been played poorly. Most notably, they haven’t looked like the team with superior synergy and chemistry. From going in one-by-one to top laner Paul “sOAZ” Boyer teleporting mid just to die, they haven’t looked on the same page at all.

The big question is whether this is just a blip from a small sample size. After all, Europe did pull off a few comebacks to even the standings slightly. At times their wins have been convincing, especially in their wave control.

But none of that matters when their opponents draft early-game comps, snowball their lanes, and have superior tempo. Waves take time to set up and have long payback periods. Multiple times EU teams have fallen behind waiting for their macro catch up.

What they’ve resorted to instead is fighting. Fnatic came back against Phoenix1 by baiting their opponents into a series of bad fights and disengaging properly. Same too for Unicorns in their win over then-undefeated TSM—they survived a horrible lane phase to pick up teamfight victories from Vladimir and Gnar initiation. When all else fails, fight.

Problem is, it’s easier to adapt to that style than to the early game pressure NA has exhibited. After all, NA coaches can just tell their teams not to fight in the late game. “Stop losing lane” is, by comparison, a trickier command to execute.

Finally, it’s also possible that the EU squads have been softened up by weak regional competition. Maybe the NA teams really are better. TSM and G2 were neck-and-neck at MSI, and ostensibly improved by picking up ADC—and shot caller—Yiliang “Doublelift” Peng between splits.

A lot could still happen. Europe is still very much in this. But at the very least, the NA teams have given their fans some hope and some energy that, with luck, will persist long after Rift Rivals is over.

Champion stats from Games of Legends, team and player stats from Oracle’s Elixir