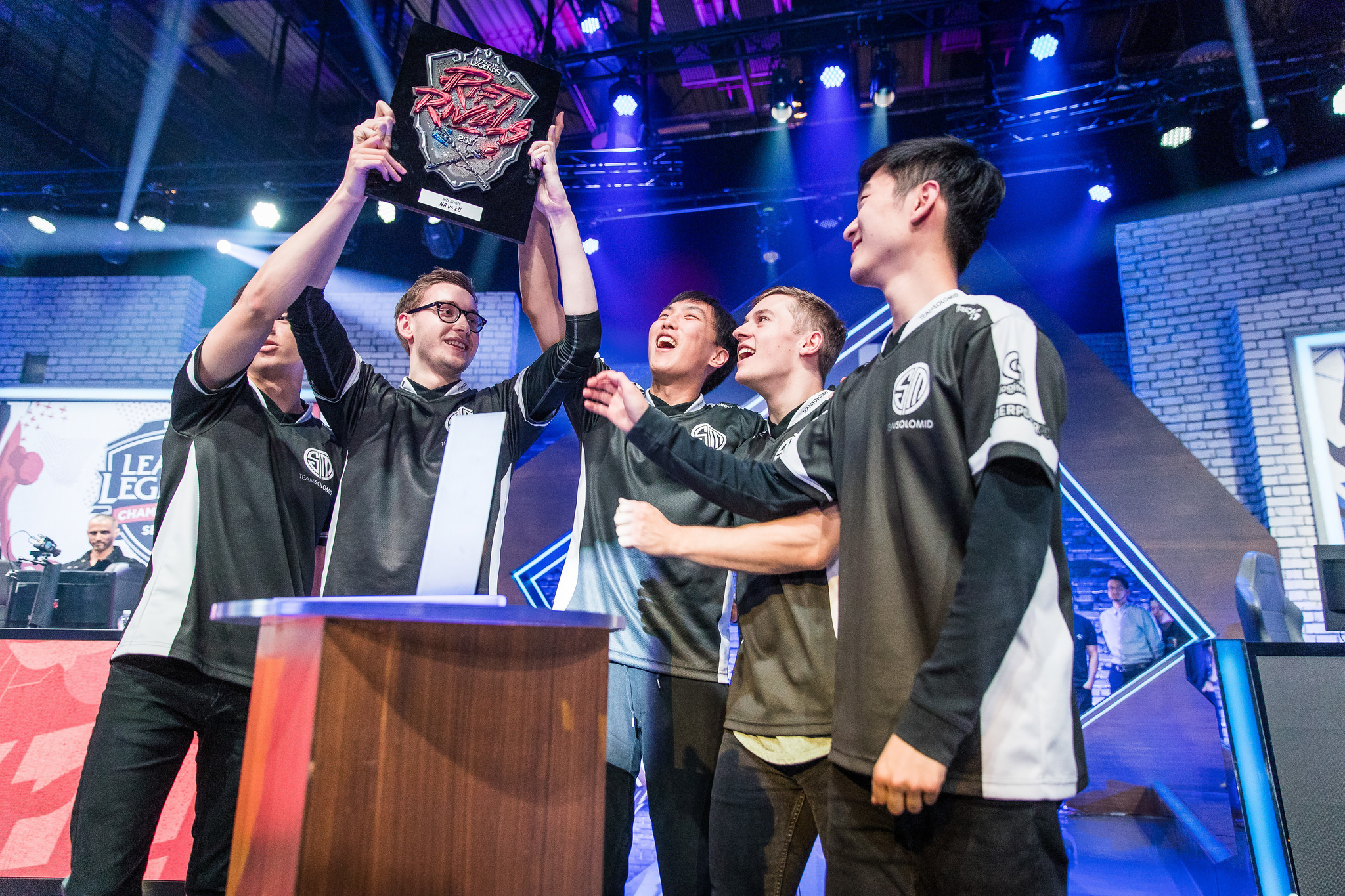 Heading into today’s finals with a 5-1 record in the group stage, TSM were clearly the favorites to win Rift Rivals. But TSM were up against UOL, who they’ve historically struggled against. UOL was the only team who beat TSM in the group stage at Rift Rivals, as well as both best-of series they played against TSM at the various IEM tournaments they attended over the past two years. If there was one team TSM weren’t going take lightly, it was UOL.

Unfortunately, UOL didn’t offer up the same level of respect as TSM. Committing to careless dives, UOL basically handed TSM a lead in game one. And once TSM got this lead, they never let it go. TSM beautifully snowballed their lead with picks, which then allowed them to take an early Baron and end the game.

Seeing their opponents’ mistakes, TSM decided to graciously give UOL a lesson in diving turrets 101. TSM was successful in both of their attempts in the top and bot lane, teaching UOL how to dive in game two.

Ahead once again, TSM’s hubris started to show when they tried for a third dive onto the mid lane. UOL turned the engage around to find four kills and a clear path to Baron. But Dennis “Svenskeren” Johnsen, made a hero play and respawned in time to steal the Baron, allowing TSM to keep their lead and win the game minutes later.

Not taking any chances, TSM drafted a late game composition with Kassadin in game three, knowing that they could survive the champion’s tough early phase. Although UOL found an early game lead, with the help of his bot lane duo, Søren “Bjergsen” Bjerg survived long enough for the Kassadin pick to come online.

One mid game teamfight win was all TSM needed to gain total control of the game. TSM, with great engage tools from Gragas and Thresh, could force teamfights as often as they wanted up until they won the game.

Rift Rivals was a tough tournament for Europe, going a combined 6-15. The region will have a chance to make a comeback at the upcoming world championship. But for now, North American fans can rejoice and say that “NA is greater than EU”.