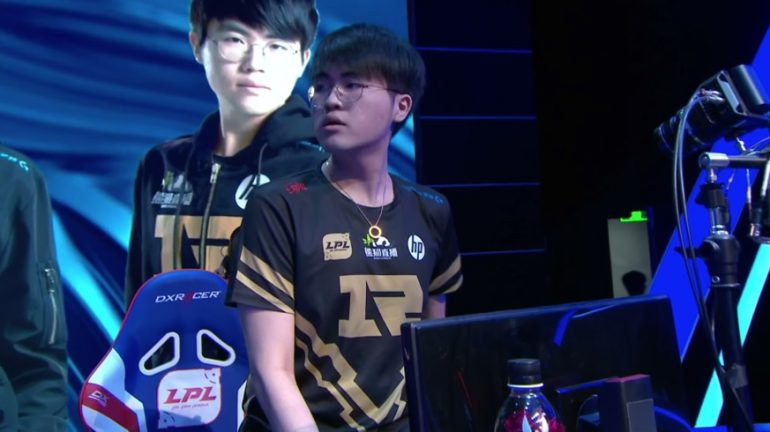 Royal Never Give Up has been having a pretty strong 2019 Spring Split in the LPL. But many people are saying that RNG haven’t been as dominant as we’ve become accustomed to seeing. They’re trailing a few teams in the standings this season and may need more help heading into the playoffs.

It looks like the back-to-back LPL split champions are bringing in a bit more firepower, though, as former top laner Liu “Zz1tai” Zhi-Hao is coming out of retirement to rejoin the team. The six-year veteran stepped back from professional League of Legends at the end of last year after RNG’s disappointing exit from the 2018 World Championship.

Zz1tai had only been with RNG since the start of 2018, but that year was also when they dominated not only the LPL, but internationally as well. With Zz1tai, RNG won both the Spring and Summer Splits in China, and also went on to win the 2018 Mid-Season Invitational over Kingzone DragonX. They even helped the LPL win the 2018 Rift Rivals tournament, where they took down teams like Kingzone DragonX and SK Telecom T1.

RNG will have to decide where Zz1tai belongs in their rotation of players. Shek “AmazingJ” Wai Ho has been their active top laner for a majority of this season, especially after Yan “Letme” Jun-Ze went inactive in December 2018 as well. In fact, RNG have had multiple players hit their inactive list after 2018, including talented jungler Liu “Mlxg” Shi-Yu.

There’s only one more weekend left in the LPL Spring Split before the playoffs begin. AmazingJ has been playing pretty well this season, earning himself the third-highest KDA of any top laner in the region. Zz1tai may need to ease himself back into the team, possibly as a substitute for the time being. Once the playoffs begin, Zz1tai’s veteran experience should come in handy if the team needs it.