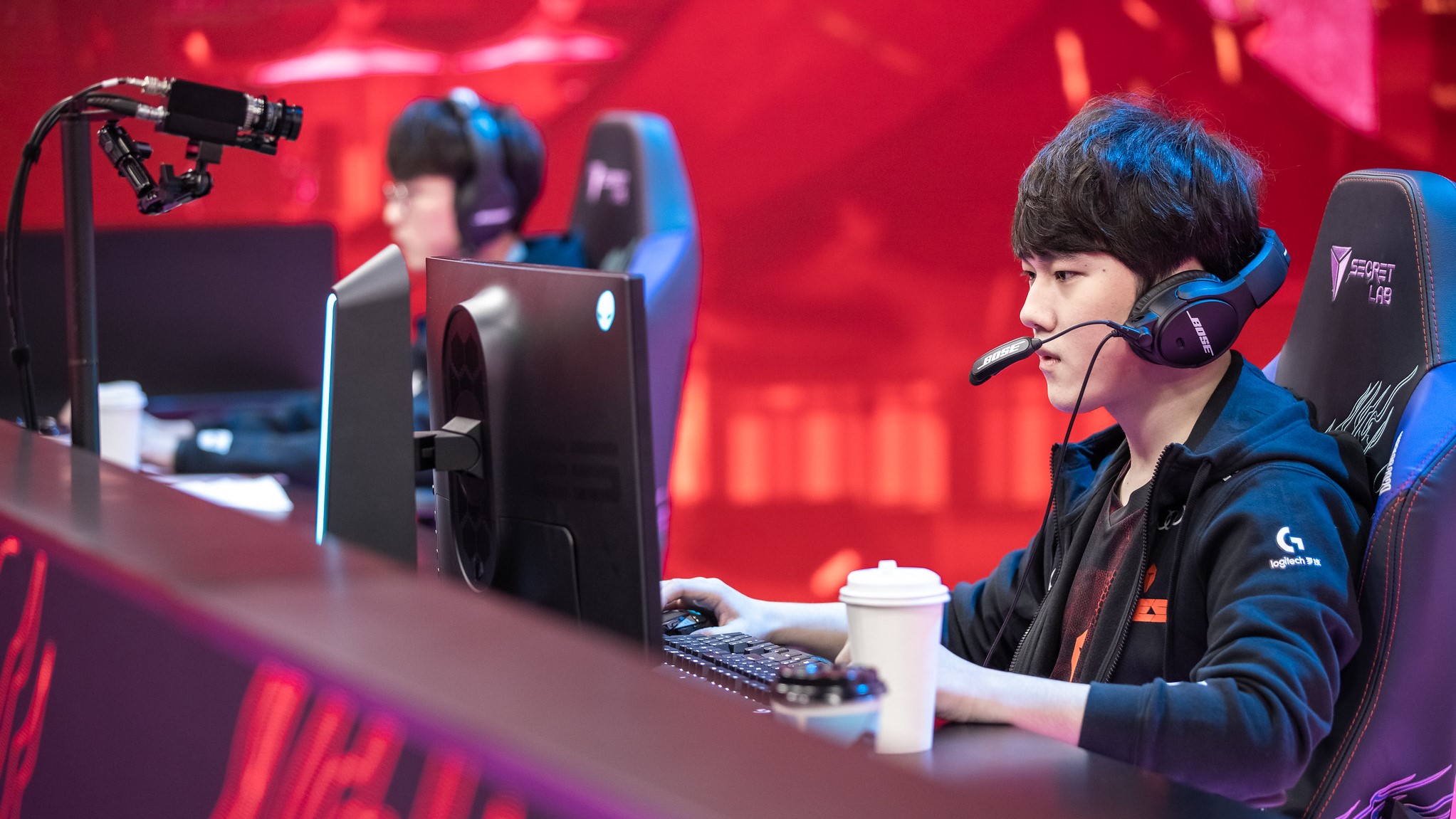 Top Esports AD carry JackeyLove dealt over 22,000 damage to enemy champions during a single teamfight in the second game of Top Esports’ LPL Summer Split playoff series against JD Gaming earlier today. Although Top Esports went on to lose the series by way of a reverse sweep, JackeyLove may have broken the all-time record for the most damage dealt by any player during one teamfight.

There’s no way to tell for sure if JackeyLove’s 22,405 damage dealt in this one particular teamfight goes down as the most damage ever for any player during one fight since Riot doesn’t track stats for individual teamfights. But it’s incredibly likely that JackeyLove set the mark today considering the circumstances of the teamfight.

Since the game was already at the 41-minute mark, JackeyLove’s late-game Zeri was fully online with a complete six-item build, and his Immortal Shieldbow had been upgraded via Ornn’s Living Forge (P). As JDG’s full lineup crashed into Top Esports’ base, JackeyLove was forced to switch between all five targets in a last-ditch effort to save the game.

With beefy health bars across the board, JackeyLove’s damage numbers were already laid out to be high. But it was the Ocean Soul that had been claimed by JDG several minutes prior that allowed JackeyLove to really pad his stats. Since Ocean Soul allowed JDG to continuously regenerate health throughout the course of the extended teamfight, JackeyLove had to chip away at his targets constantly, essentially draining health bars two or three times over before securing a kill. The intense healing JDG received from the Ocean Soul gave JackeyLove more opportunities to deal even more damage, not just during that one teamfight but the entirety of the late game.

Related: Who’s the best Zeri in the world? The best Zeri players in professional League of Legends

JackeyLove went on to finish game two of the series with a scoreline of 15/2/4 while dealing over 92,000 total damage to champions—over half of Top Esports’ total damage for the game. While his 92,000 damage was the most among all players in the game, his single-teamfight damage mark of 22,405 was more than Top Esports’ top laner Wayward and jungler Tian dealt across the entire game.

Zeri is one of the strongest damage-dealing champions in the game this summer. Across League’s five major professional regions, Zeri players average 640 damage per minute with the champion, the sixth-highest average DPM among popular champions on the League roster this split, according to League stats site Games of Legends. During Top Esports’ game two win over JDG, JackeyLove put up a DPM of 1,806, tripling Zeri’s worldwide average this summer.

Zeri received nerfs to the damage Burst Fire (Q) and Ultrashock Laser (W) in League Patch 12.16, which should bring her numbers down a peg in the near future. The LPL Summer Split playoffs are being played on Patch 12.15, meaning Zeri is still a significant threat.

JackeyLove and Top Esports will have the chance to cause more havoc when they look to stay alive in the LPL championship race in their lower bracket semifinal match against EDward Gaming on Aug. 28.