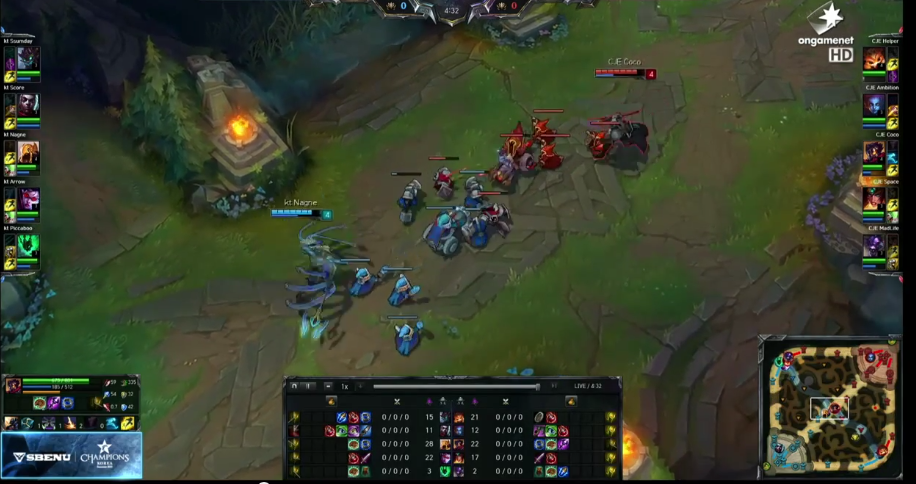 So far, Season 5 has seen a new age of diversity. Yes, there will always be a group of really strong champions that people prioritize in almost every game (hello Kalista), but the overall scope’s widened for pro players. With Riot’s philosophy changing from a “Better Nerf X” to a more buff-likely style and the introduction of new patterns of play as the dragon stacking system, the Baron buff to minions or the anti-siege base format, the game started to incorporate new strategies. With these, some items that were pretty relegated before are making strong new appearances, and here we’ll be discussing the most impactful of them all: Banner of Command.

Historically, when humans faced challenges that seemed impossible they resorted to their wit and creativity, building tools that would help them achieve their goals easily. To talk about an item’s strength requires then to analyze the context where it’s being used and what is the idea behind it.

Since the start of Season 5, one of the most common Pick & Ban strategies is to build AP-heavy comps, making use of the mid-game spike of mage champions by permanently forcing fights and skirmishes around neutral objectives or chokepoints, making almost impossible for a team to go for the cross-map objective while keeping their enemies away from their goal. Assassins then fell flat because of their low contribution in terms of consistent DPS, and the mid lane started to be ruled by Control Mages: champions who could bring lots of safe waveclear while also being the main damage source in a teamfight. Azir, Cassiopeia and Viktor are some of the most important names in this list, while Twisted Fate was the outlier chosen because of his global pressure and playmaking.

Season 4 World Championship saw the rebirth of the Rumble days, and that trend would keep going until today. Known for his cheap mid-game spike and strong skirmishing, the Mechanized Menace acquired a new title of “King of Top Lane” in this meta. As he only needed a 2585 gold build (Sorc Shoes + Haunting Guise) to reach a really scary “teamfight beast” level, the only way to confront him was to either bet for a scaling hypercarry as Ryze or Hecarim and camp his lane, or fall back to tanks that could overcome that pressure with high levels of utility. Maokai, Gnar, Nautilus and (more recently) Shen were the chosen picks, as they provide a tanky frontline that can also lock down the enemy carries very safely. The cost comes, of course, in the lack of damage and late-game waveclear they have, as they can’t afford to build more than one damage-oriented item without being blown up in fights.

The Introduction of  the Banner

When this landscape started to get more and more common, teams started to ask themselves how could they hold enemies off of a certain objective while also putting pressure in another side of the map. At the time, one of the most common item-paths for supports was Aegis of the Legion into Locket of the Iron Solari, as it allowed them to get tanky enough to survive fights while also giving their teammates really valuable stats for an AP-heavy situation. Then in some game, a support asked his teammates if it wasn’t a better option to go turn that Aegis of the Legion into a Banner of Command: it would bring less defensive stats to its owner and wouldn’t give an AoE shield in fights, but would give them the chance to gain cross-map pressure by augmenting their side-wave control while keeping the MR bonus that Aegis gave to the whole team.

The “hidden” ability that makes this item so strong ain’t exactly that one though. Yes, you can push a sidewave faster, but then their top laner could just go and clear that wave and TP back to their team if needed, just as easy. The problem is, remember, we are talking about an AP/Tank meta, where champions depend of magic damage to waveclear. And since the 4.20 patch changes to Banner of Command, the promoted minion is immune to magic damage of all sources.

Being impossible for the top or mid laners to go clear this wave, the only person left for the job is the AD Carry. Now, sending your ADC to bottom lane when Baron’s about to spawn and the whole enemy team’s warding that area doesn’t seem as the smartest choice of all. If your carry goes for the wave, the enemy team can just make Baron for free and punish you really hard right after. If he comes to the pit to stop them though, minions will keep pushing through bottom lane, piling up multiple waves and taking a turret or two for free.
When the enemy ADC has really good waveclear, it can also be used as a distracting tool to close up the game, as seen in Samsung Galaxy’s game 1 versus the KOO Tigers, where SSG’s support Luna builds Banner to counter Pray’s Jinx and help sieging multiple waves at the same time. Next game would even see multiple Banner’s…

During the last months, Banner of Command has seen lots of appearances in pro play, and reaching astonishing winrates. Of it’s last 50 games, only 13 have been losses, which gives the red emblem a 74% winrate (Mikael’s Crucible, another situational yet strong item, has only a 58%). Teams are already getting used to it as a counter to comps with a lack of AD waveclear, and while it’s popularity’s really low (between 0.5 and 1%), it’s SoloQueue winrate already averages a nice 68%. It’s just a matter time for Banner of Command to completely take over the Rift, or get nerfed and go back to oblivion. Enjoy it’s powers while they last, summoner, and carry the mighty flag with you, as it will carry you to victory.

Thanks to LoLesports, eSportspedia and Elophant for the pictures and stats
Special shoutout to @BannerOfCommand, this is for you!