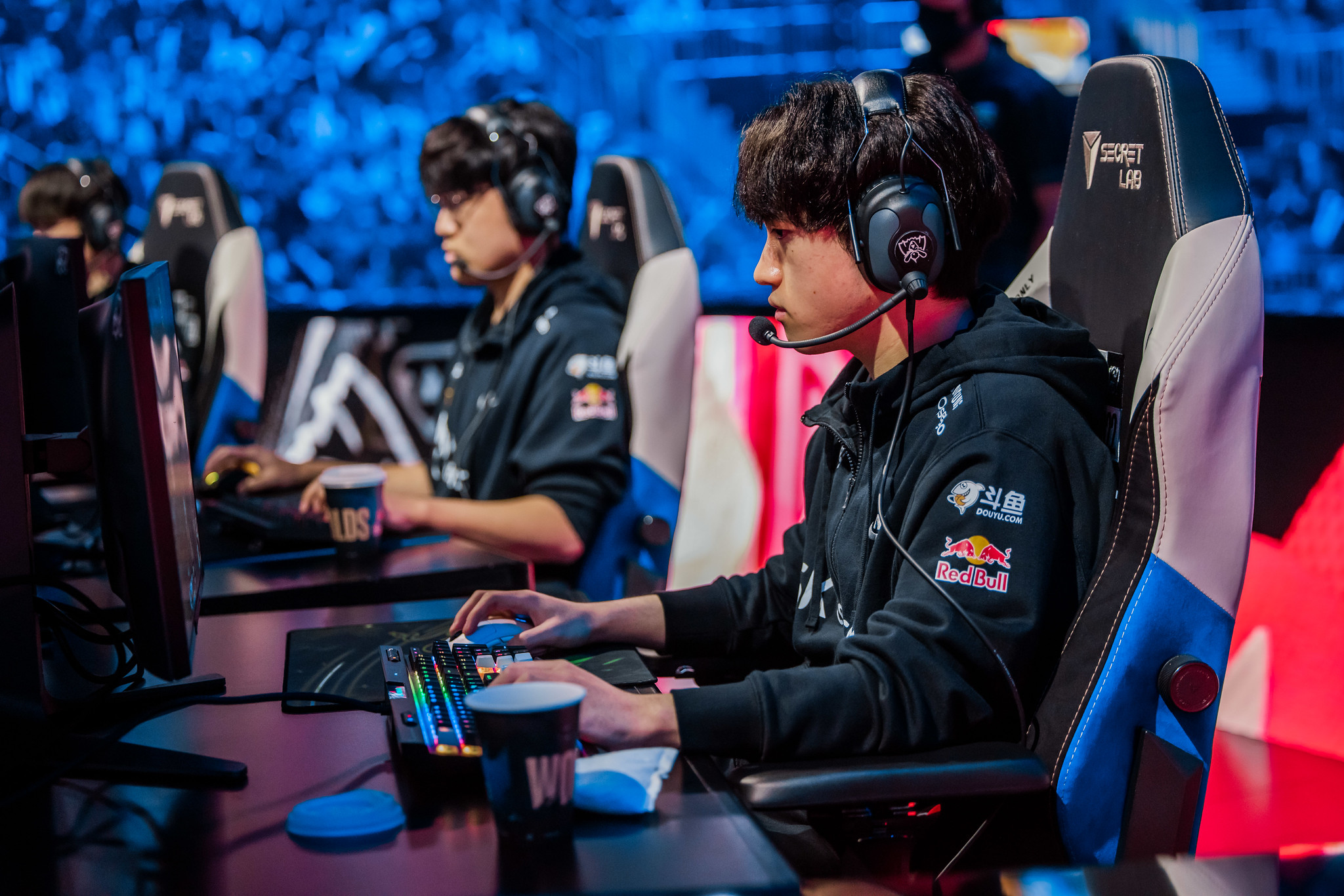 At the 2022 League of Legends World Championship, fans are witnessing greatness.

Legendary esports organization T1 is returning to the Finals after five years, and the team’s bottom lane is shaping up to join the history books as some of the only players to record a double-digit KDA in the tournament’s history.

After yesterday’s series against China’s JD Gaming, T1’s superstar AD carry Gumayusi and phenom support Keria is currently holding the two highest KDAs at Worlds 2022. The 20-year-old marksman has a whopping 10.7 KDA with the most kills in the event, while his partner-in-crime has an even-higher 11.4 KDA with 166 assists, according to League stats aggregate Oracle’s Elixir.

Both players have died 16 times each and have been essential parts of T1’s game plan throughout the tournament. Keria has participated in just over 76 percent of his team’s total kills, while Gumayusi holds a 36.3 percent share of his team’s collective kills. With exceptional early-game stats and the highest average damage to champions per minute, the explosive AD has quickly shed any doubt on his form.

Related: Gumayusi’s revenge tour continues as he sends T1 back to the finals at Worlds 2022

If Gumayusi or Keria finish the tournament with double-digit KDAs, this would be the first time any player would do so in seven years. The last player to finish with such a high KDA was former T1 marksman Bang, who ended Worlds with an astounding 15.8 KDA, according to Oracle’s Elixir. His efforts were key in the team’s championship-winning run that year and helped establish dominance over international play through the next year.

T1 must now wait and prepare for their next opponent, either the Gen.G superteam they lost to in the 2022 LCK Summer Finals, or an underdog DRX looking to continue their magical run through Worlds. Catch these two teams in action today when they collide at 4pm CT.