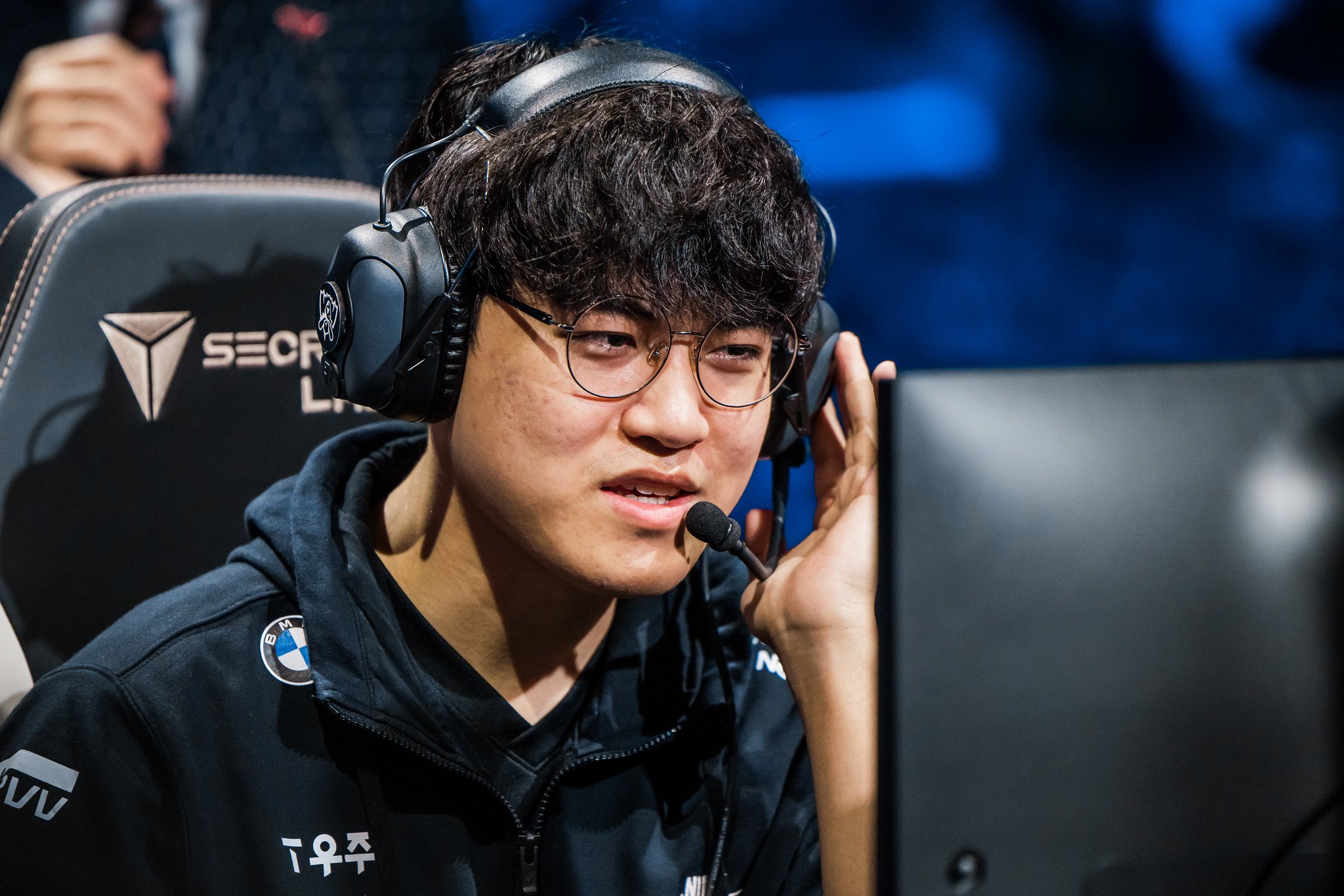 Doubters be damned. After spending the majority of the last split on the receiving end of criticism, T1 AD carry Gumayusi silenced the haters and sent Atlanta into a frenzy throughout his team’s four-game win over LPL champions JD Gaming in the 2022 League of Legends World Championship semifinals.

Many considered this to be the true finals: the champions of the previously-undisputed best region in the world in JDG in a tilt against T1, who looked like the most in-form team in the tournament coming into the series after another first-place finish in the group stage and a slaughter of reigning MSI champions Royal Never Give up in the quarterfinals.

Even individually, this match-up featured the one-time consensus tournament MVP in JDG top laner 369 against the only player worth being mentioned in the same breath in his position: 18-year-old Zeus of T1, playing his first full professional season.

For JDG, the method to their madness, the seemingly never-ending ability to push series to five games, had been the same all year: bend, don’t break, and let superior teamfighting win out. Stereotypically, this is a far cry from what champions of the LPL are known for at the hightest level. T1, on the other hand, had found the most consistent form of their success through either their bottom lane of Gumayusi and Keria or top lane wunderkind Zeus, with Faker the puppetmaster facilitating his fledgeling teammates’ success behind the scenes.

For the first three games of the series, the teams “handshook” the bottom lane. JDG grabbed Aphelios and Lulu for Hope and Missing, and T1 selected Lucian and Nami across the lane. The two teams’ mid laners played facilitator in game one, with Faker on Galio and Yagao on Taliyah.

And while T1’s composition was much easier to execute, it was one that, like a few of their forthcoming drafts, would require them to open up a tremendous lead early and close the game out before their opponents had a chance to get online.

That did not happen in game one.

And in game two, the anti-Gumayusi brigade were cracking their collective knuckles, ready to rip into him as Kanavi beat him into the ground early, feeding Hope three kills on Aphelios. But with Faker on another roaming playmaker in his signature Ryze, and Zeus on an equally iconic comfort pick in Yone, T1’s proactive play across the map was rewarded with a win.

Able to select blue side for the first time all series, JDG used it to get Viego back for Kanavi, hoping for a similar outcome to that of game one. Perhaps taking more confidence from the prior game, and knowing that they could just out-firepower JDG, Zeus was put on another scaling carry, this time in Gangplank, and in the final Faker-led teamfight, the damage from his barrels onto his opponents’ own tried-and-true lategame options sent shock and awe through State Farm Arena.

JD Gaming finally banned Lucian in game four, leading T1 to go with another lane-dominant pick, but also opting for the increasingly scaling champions that they’d been trending towards. Gumayusi continued his postseason revenge tour and made an oft-maligned pick in Varus look as good as he has all tournament long. T1 again kept pushing the pace on the back of their AD carry’s godlike performance, suffocating Kanavi’s Bel’Veth and Hope and Missing’s last-ditch Jhin and Karma picks into uselessness, and straight into the world finals.

The series kept serving as an example that the meta at Worlds 2022 is a diverse one. Yes, as the tournament has gone on, pretenders fall away in theory in champion select, but to grossly oversimplify, it’s a good thing that despite a “better” stylistic way to play the game frequently emerges, different compositions with different win conditions are still, at minimum, viable.

From a “superteam” to get Faker back to the pinnacle of the esport in 2019 that lost in the semifinals to now a team that includes four of the five youngest players in the tournament, all of whom besides Keria were T1 Academy products, T1 and Faker have defined a standard that will never be surpassed for talent development and longevity in League of Legends.

Where Faker goes, history follows. For the first time in five years, the Unkillable Demon King will feature in the world finals—meaning that he will have played in five of the esport’s 12 World Championship finals.

For the second time in three years, a Korean team will win Worlds, and no LCK representative will have lost a best-of-five to a team from outside its region. JDG’s loss also meant that for the first time since 2017, no LPL team will be in the world finals. Additionally, it’ll be the first time since then, when Faker was last in the finals, that two teams from the same region will face off for the Summoner’s Cup.

T1 will face off against either DRX or their two-time domestic final opponents Gen.G in the world finals at San Francisco’s Chase center next Saturday night at 7pm CT.