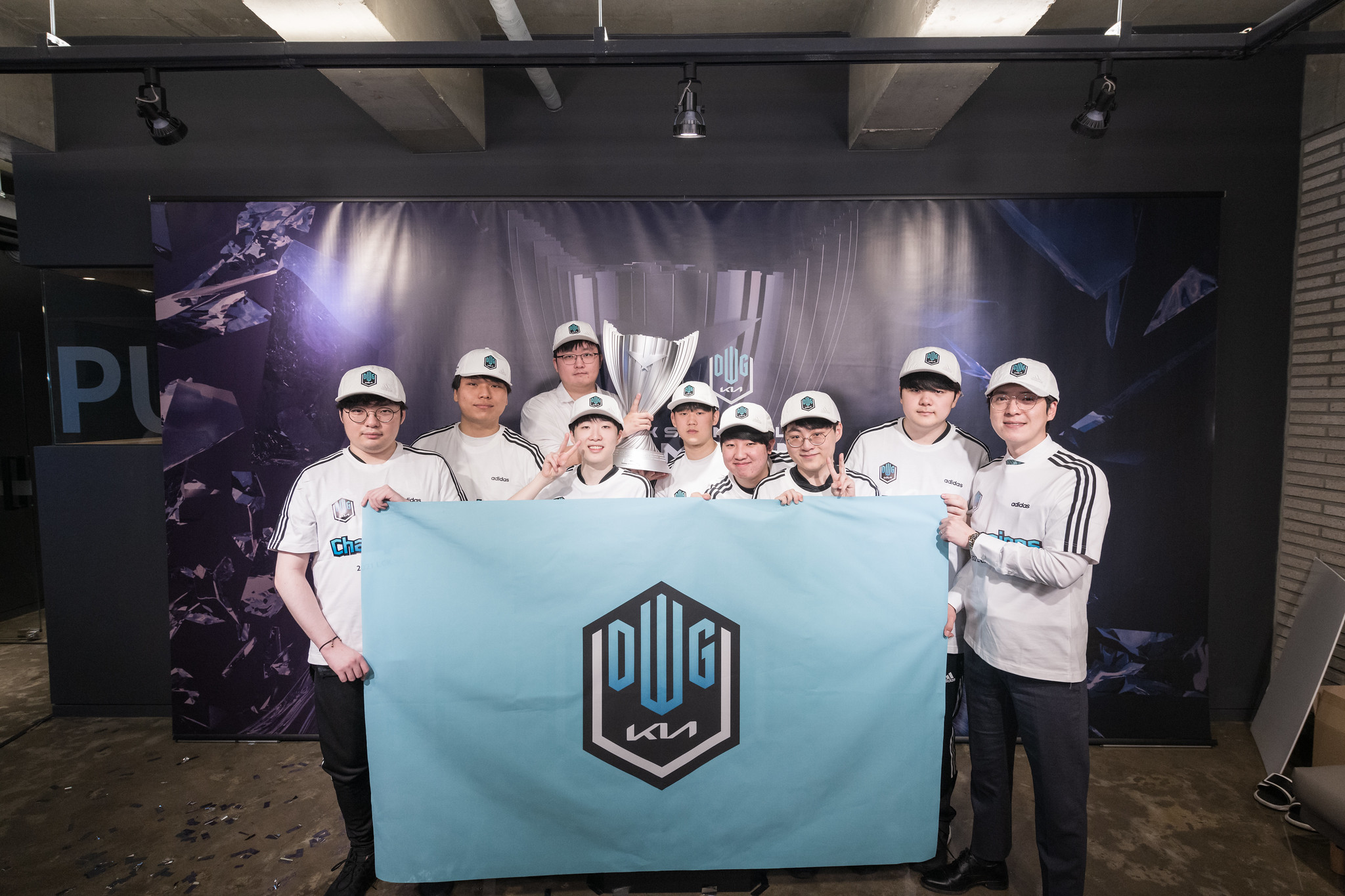 Ever since the first Mid-Season Invitational in 2015, League of Legends fans have seen some of the best players of all-time come together to fight for glory and greatness at the first real international tournament of each year.

Global events have always represented the ultimate challenge for many top teams, and this year is no different, with this season’s group bringing new challengers to the table. Last year, we weren’t able to witness MSI due to COVID-19, but this year, we finally get to witness the fire and fury of the world’s top teams after the Spring Split.

Whether you’re a veteran superstar that wants to cement your legacy, or a young, bright-eyed talent looking to make a name for yourself, MSI is the perfect place to stamp your name onto the map. Here are the best players in each role.

For many of these roles, you’ll notice a theme of Korea and China battling at the top with the rest of the world trying to catch up. Xiaohu and Khan are both acceptable answers at the one and two positions, since they’ve both been consistent forces for their teams throughout this Spring Split.

These two stars play relatively different roles, however, with Khan mostly playing champions like Sion, Gnar, and Ornn, compared to Xiaohu’s champion ocean with odd picks like Lucian, Orianna, and Syndra. RNG also played through Xiaohu a lot more by throwing more jungle attention to his lane than DWG KIA did for Khan. As a result, Khan narrowly takes the top spot since he’s able to still affect the later teamfights and make an impact without too much help and resources.

Meanwhile, Armut takes third for the growth he has seen this season, on top of his incredible performance during the 2021 Spring Finals against Rogue. The 22-year-old didn’t have an eventful regular season, but once MAD Lions began to play around him a bit more during the playoffs, he flourished. He has an exciting, aggressive playstyle and has shown a willingness to break out some unique champs, like the Wukong pocket pick that helped them pull off their reverse sweep in the finals.

Hanabi edges out Fudge in the top five because of his international experience from attending MSI and Worlds. But the talent of Cloud9’s top laner can’t be overlooked. In six weeks, he has quickly buffed out plenty of the mistakes he used to make at the start of the year, while also learning to play with his teammates to maximize his impact on the team.

What can be said about Canyon that hasn’t already been said? He’s the best jungler in the world and is one of the biggest reasons why DWG KIA are so dominant due to his smart pathing, pure mechanical prowess, and clutch factor. He led all Korean junglers in kills, assists, KDA, early-game numbers, and damage on his way to his first regular season MVP award.

Now, RNG’s Wei might not be at the same level as Canyon, but he has still been one of the best junglers in the LPL. He’s a fresh face in the scene, but he had some great performances against Tian during the LPL Spring Finals and is a one of the best when it comes to enabling his side lanes with a 70.7 percent kill participation percentage and 297 assists, according to Oracle’s Elixir.

Blaber and Elyoya are much more of a closer argument, but the Cloud9 jungler is getting the edge due to his international experience and his consistency as the MVP of the league. He was also far and away the best in his role during the regular season, leading all LCS junglers in kills, assists, early-game stats, and damage.

MAD Lions’ young jungler still has plenty to prove when MSI rolls around, especially since this is his international debut. He had a great inaugural split in the LEC and even outplayed star junglers like Rogue’s Inspired and G2 Esports’ Jankos on the way to the team’s first domestic trophy.

Perkz, on the other hand, has returned to MSI as the only remaining member of the G2 Esports that took the trophy home in 2019. The veteran mid laner fit perfectly into his role on Cloud9, becoming not only a focal point for the team to play around, but also a great leader to help guide this team into its first MSI appearance. The ShowMaker/Perkz matchup will be some must-watch League of Legends too, since there should still be some sort of rivalry between those two superstars.

The difference between Cryin and Humanoid lies in the floors and ceilings of these respective players. Cryin is really consistent when it comes to being a steady rock for RNG, but he hasn’t shown the ability to pop off when his team needs it. On the other hand, Humanoid has shown much higher ceilings, but much lower floors whenever he struggles in games. With these rosters being so full of talent, consistency will be much more appreciated in the long run, which is why Cryin sits ahead of Humanoid—for now.

After the beautiful display of skill we saw from Gala during the LPL Spring Finals, it’s tough not to place him as the best marksman at the tournament. He proved that with some attention from Wei, he and Ming can be another deadly weapon for the team to rely on, and he can be a shining star in his own right. He even led the LPL in kills and assists with 205 apiece.

But let’s not forget that Ghost is still the best weakside AD carry in the world. According to Oracle’s Elixir, he has the lowest gold share of any LCK ADC this season, and yet his superior positioning and mechanics helped him get the second-highest KDA and the most kills in the league. He might not have much spotlight within the DWG KIA powerhouse, but his role is still essential to their success.

Coming from Cloud9, Zven has stayed firm as the most consistent AD carry in North America. He’s steadfast in the early game alongside Vulcan, with a skyhigh CS difference of 11.7 at 10 minutes, which is the highest of any ADC among the four major region representatives. His mid-to-late game play has been stellar as well, and he traverses the teamfights with great positioning.

Carzzy has left a bit to be desired after his 2021 Spring Split performance. Even though he picked it up a bit in the finals against Rogue, he fell behind early throughout many of his games with lackluster early-game stats to show for it. He didn’t look incredibly consistent, which could pose a problem for the team as the tournament ramps onward.

Many people might be paying most attention to other roles for their daily dose of excitement, but the support pool looks great at the tournament too.

RNG’s longtime support Ming has ascended back to form in a huge way after the Spring Finals, having one of his best performances during the last series against FPX. The 22-year-old had 173 assists through the team’s 19 playoff games and had some series-defining engages on champions like Rell and Sett. The man is a genius playmaker and a menace in late-game situations. Combine him with Gala, and we could be looking at the best bottom lane duo at MSI.

Once again, however, we can’t forget about the maestro that is DWG KIA’s BeryL. After all, the 24-year-old used Heimerdinger and Cho’Gath as a support in a playoff series in the LCK, and somehow won. He loves to experiment, which should already put some worry into the rest of the competition, because we can only wonder what he’ll break out next week. These stats won’t ease anyone’s minds either. During the 2021 Spring Split, BeryL had the highest damage numbers of any LCK support and 388 assists to boot.

Meanwhile, Vulcan edges out Kaiser in the ranks due to the North American’s consistency through the regular season. The 22-year-old C9 support showed up by playing alongside both Zven and Blaber to provide his team with a steady base for their aggression. According to Oracle’s Elixir, he was tied for the fourth-highest KDA among LCS supports, was tied with two other players for the most deaths in his role, but also had the most assists and the second-highest average damage to champions per minute.

On the other hand, Kaiser had a pretty lackluster regular season along with Carzzy, getting beaten in the two-vs-two often by better bottom lane duos. He did pick up his play in a massive way during the playoffs, becoming the team’s go button in late-game teamfights with champions like Leona and Rakan. It’ll be key for Kaiser to maintain the form he found during the Spring Finals so they don’t get rolled by opposing bottom lanes.

With all this great talent headed to MSI, it’s sure to be an amazing event. You can catch all the action when the tournament begins with the group stage on Thursday, May 8.