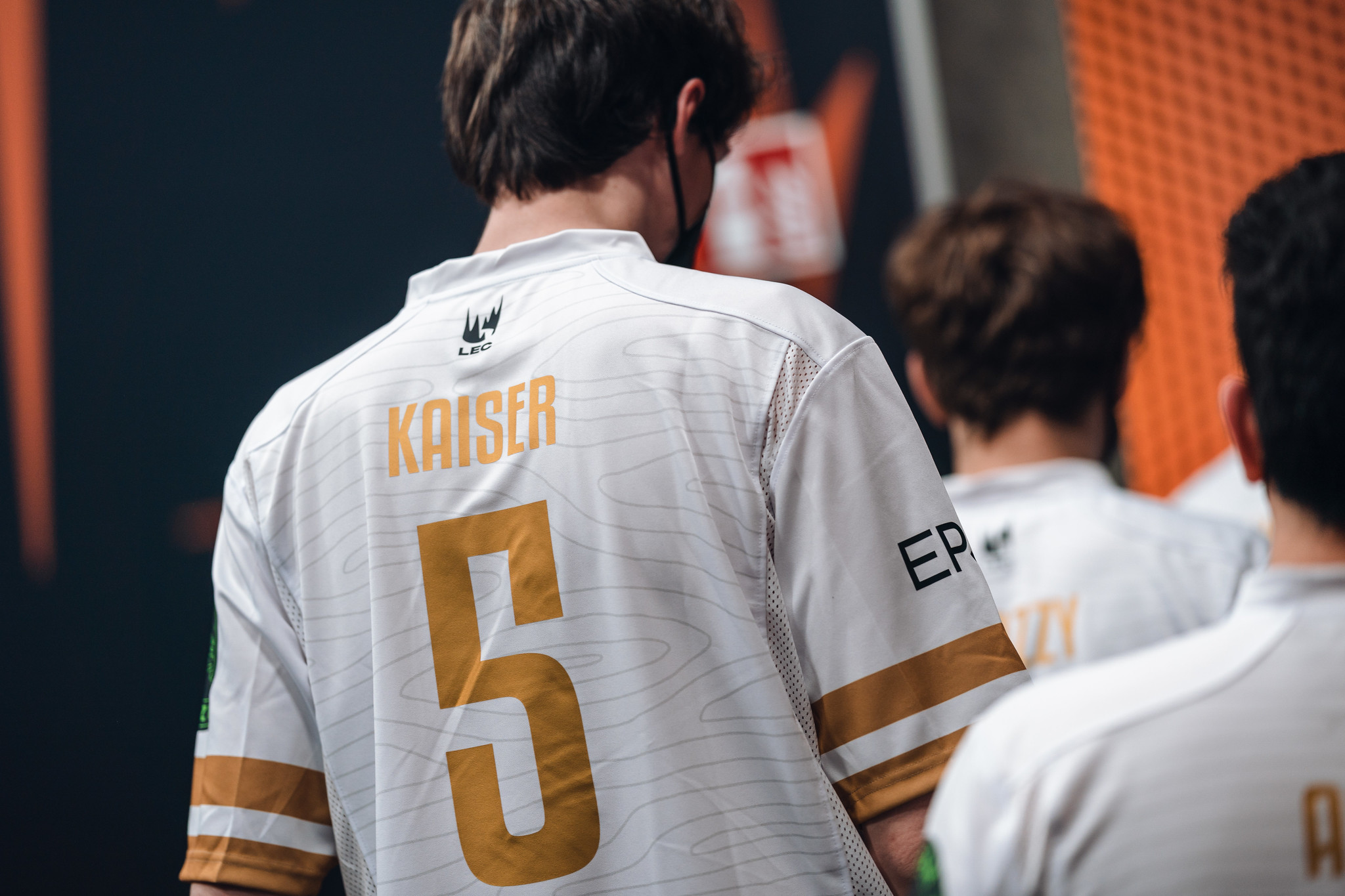 MAD Lions pulled off a big upset this past weekend during the 2021 LEC Spring Split playoffs by taking down Rogue in four games. And the team’s talented support Kaiser was at the crux of this victory, ending the weekend with a sky-high 80.8-percent kill participation percentage.

Throughout the series, MAD Lions picked up 73 kills as a team. Kaiser contributed to 59 of those eliminations with six kills and 54 assists. He now has the second-most assists and the highest KDA of any support in the playoffs, according to Oracle’s Elixir.

Rogue were defined by many fans and analysts as the second-best team in the LEC this split after tying G2 Esports with a 14-4 record. They had also won both matches against MAD Lions during the regular season. Most people didn’t expect the young pride to improve as much as they did, but multiple players on the team rose to the occasion.

Related: MAD Lions use chaos to overcome Rogue’s controlled play in their first series of the 2021 LEC Spring Playoffs

Kaiser ended up winning the player of the series award after this four-game set due to his fearless play on Thresh and Alistar. He had standout performances in the third and fourth games, in particular, finding multiple engages in five-vs-five teamfights.

Whether it was setting up a combo with Humanoid’s Orianna or throwing himself into the fray to enable Armut’s Urgot, the 22-year-old had himself a career performance.

This coming weekend, however, MAD Lions will have their hands full against Europe’s kings, G2. Both teams love to flourish in the fiesta by continuously forcing fights and skirmishing across the map, so it’ll come down to whichever side can outplay the other.

You can watch Kaiser and the rest of his team in action when they face off against G2 on Saturday, April 3.