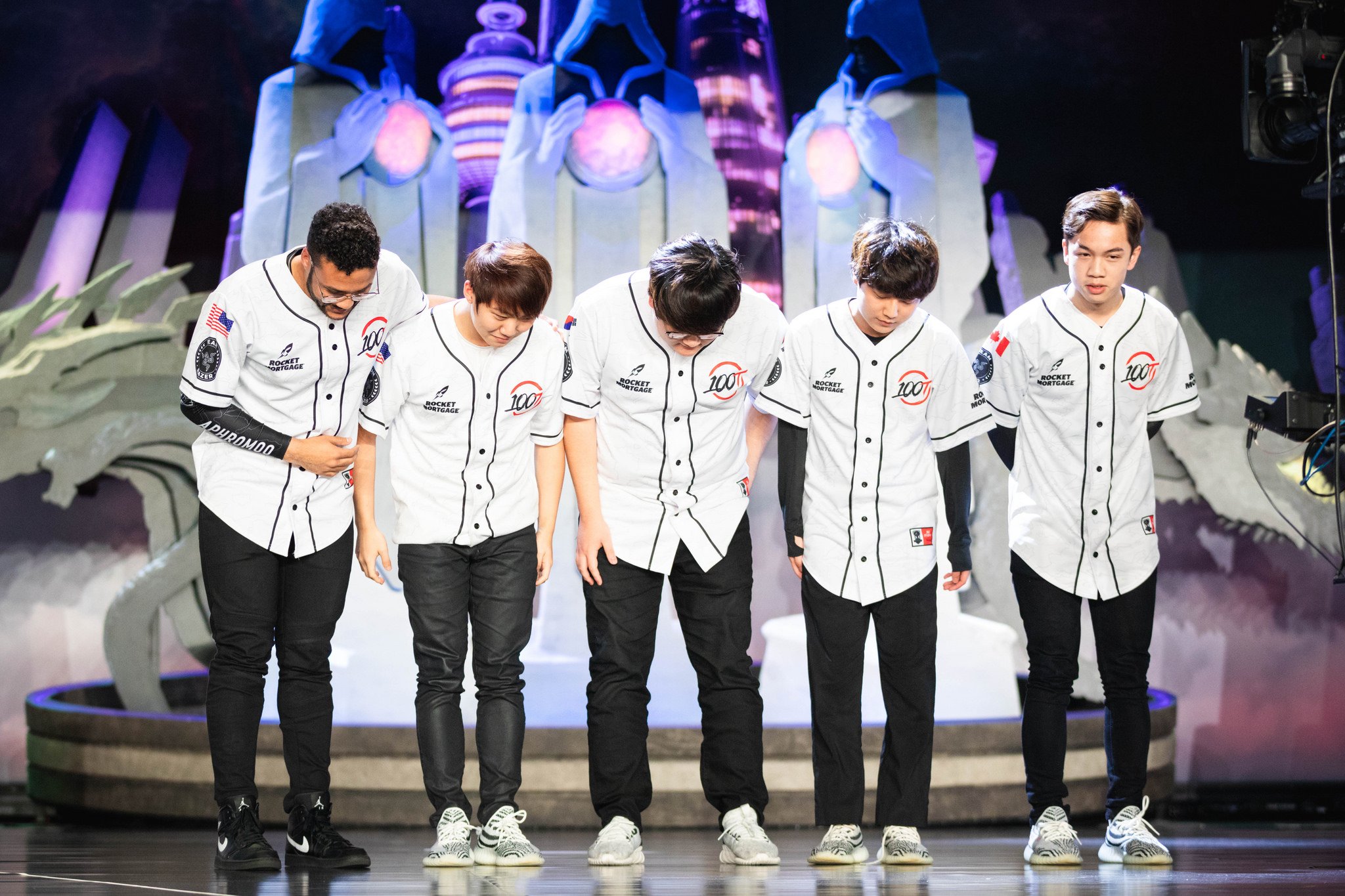 NA LCS team 100 Thieves completed their first year as a franchised team in the competitive League of Legends scene this week. Following a second-place finish in the Spring Split and a fourth-place finish in the summer, they qualified for the World Championship, and were just knocked out of the event’s group stage on Wednesday.

And now, having completed the most successful first year of any of the newly-franchised LCS teams from 2018, they’ve returned to a battering swarm of criticism and insults from the League community on Reddit. The sheer amount of displeasure they’ve been met with from the community is unprecedented. The only other team that’s seen a similar level of contempt is TSM, and that’s typically been due to them failing at past Worlds.

The most popular criticism post, which reached the top of the League sub-Reddit with almost 14,000 upvotes, was labeled the “100 Thieves Disappreciation Thread.” The post was also gilded several times, which means several Reddit users gifted the poster with Reddit’s premium service. Even among TSM’s most insulting posts on the Reddit community, there aren’t many that reached this level of popularity.

The comments in the thread weren’t directed at 100 Thieves’ inability to get out of the Worlds group stage, for the most part, which is typically the backlash that TSM has faced in the past after Worlds. Instead, most of the criticisms are centered around communication issues that 100 Thieves have displayed, leading their fans and the community to distrust them. For example, most of the more popular comments brought up the trading of William “Meteos” Hartman, one of the most well known players in the league, during the Summer Split. Those comments claimed that 100T’s lack of communication or explanation of the trade made the entire situation murkier.

Others brought up the surprise benching of bot lane carry Cody Sun during the NA LCS playoffs in favor of Academy player Richard “Rikara” Samuel Oh. Rikara continued to play on the starting roster through Worlds, and 100 Thieves still have yet to address or explain the situation fully. Other commenters just resorted to directly insulting the team without much context. One of the most upvoted insults stated, “Everyone’s playing 4D chess while 100T is trying to put the triangle block inside the square hole.”

Some professionals in the competitive scene, including Mark “MarkZ” Zimmerman, William “scarra” Li, and team owner Matthew “Nadeshot” Haag, joined in the conversation in defense of 100 Thieves. Nonetheless, the community outrage has continued to pour in.

Whether or not these criticisms have merit, 100 Thieves should take them seriously. Because at the very least, thousands of LCS fans seem to be in agreement that this team shouldn’t be rooted for, despite having one of the largest fanbases in the industry. The 100T YouTube channel and Twitter page have racked up around 250,000 subscribers and followers each in the team’s first year. The org’s social media pages have garnered levels of popularity that only some of the oldest LCS brands have earned, like TSM and Cloud9.

And as far as success goes, none of the other new teams to the scene, including OpTic Gaming, Clutch Gaming, or the Golden Guardians, were able to compete with them this year. It’s curious that the team has suddenly been targeted by the community, but that obscurity hasn’t seemed to quell the tide of hate even a little. 100 Thieves as an organization has yet to make an official statement.