LS was given a seven-day ban from posting on the r/lol subreddit. 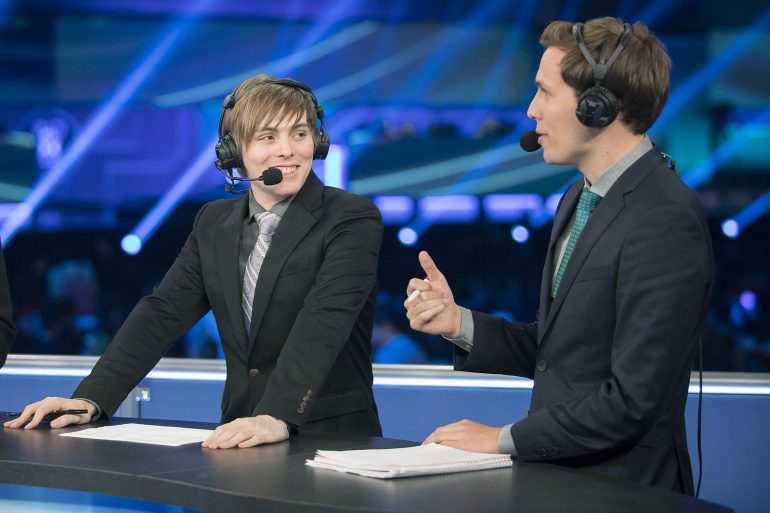 Reddit can be a crazy place, especially when it comes to video games and esports. The League of Legends subreddit has had some rather interesting takes over the years, from lambasting Riot Games to shit talking players and teams.

The latest esports-related drama on the subreddit was a controversy concerning Korean coach and caster Nick “LS” De Cesare. And somehow it resulted in LS being banned from posting on the subreddit for seven days.

LS is a pretty controversial figure within the League community—he has pretty strong views as a coach and isn’t cute about them. He can be blunt, and even crude, as he explains himself on stream.

He also has a history of engaging with his detractors on Reddit, Twitter, or his stream. This can lead to some level of acrimony between him and others that sometimes spills over. A recent thread criticizing his methods reached over 4,000 upvotes.

The most recent drama revolved around some quotes of his on stream where he indicated that Team Liquid are the best Western team. He also said that some of the worst LCK teams could beat G2, the team at the top of the LEC. That seemed to upset a large number of European League fans.

That attracted the attention of fellow Korean caster Chris “PapaSmithy” Smith. PapaSmithy disagreed with some of LS’ take, but the two were cordial in their responses to each other. That seemed to be it—they are colleagues after all and will jointly cast the upcoming LCK final between SKT and Griffin, so there didn’t seem to be anything more between the two. They just simply disagreed on an opinion.

But then someone posted PapaSmithy’s response to Reddit, and that seemed to trigger LS. His issue wasn’t with PapaSmithy disagreeing—instead his ire was directed at people he perceives as constantly trying to discredit his opinions. And somehow when the dust settled, he was banned from the subreddit.

We’re not exactly sure why he was banned or why his most recent statements blew up on Reddit. LS is no stranger to controversy, but this feels like a gross overreaction on a simple issue. LS isn’t right about everything. Guess what? Nobody is. In fact, he may not even be objective—again, that’s very hard to do.

He can, however, handle criticism better. It’s not that he should be a robot, but blowing up on social media is counterproductive. This age of constant online exposure has given athletes and content creators a lot of tools, but also introduced some dangerous elements they need to be aware of.

Finally, whether you agree or disagree with him, it’s possible to hold an opinion and still be respectful and cordial with those on both sides of an issue. And remember, LS is an analyst and coach, but he’s also an entertainer—that’s why he streams and casts. Entertainers push buttons and boundaries or they become irrelevant.

It’s easy to clap back at someone on Reddit or Twitter, or even to ban someone from a site. Sometimes that makes it harder to have genuine, thoughtful discussions through online media.

Update April 12 4:25pm CT: LS announced in a tweet that he unknowingly violated a subreddit rule against vote brigading and believes his suspension is fair within that rule.