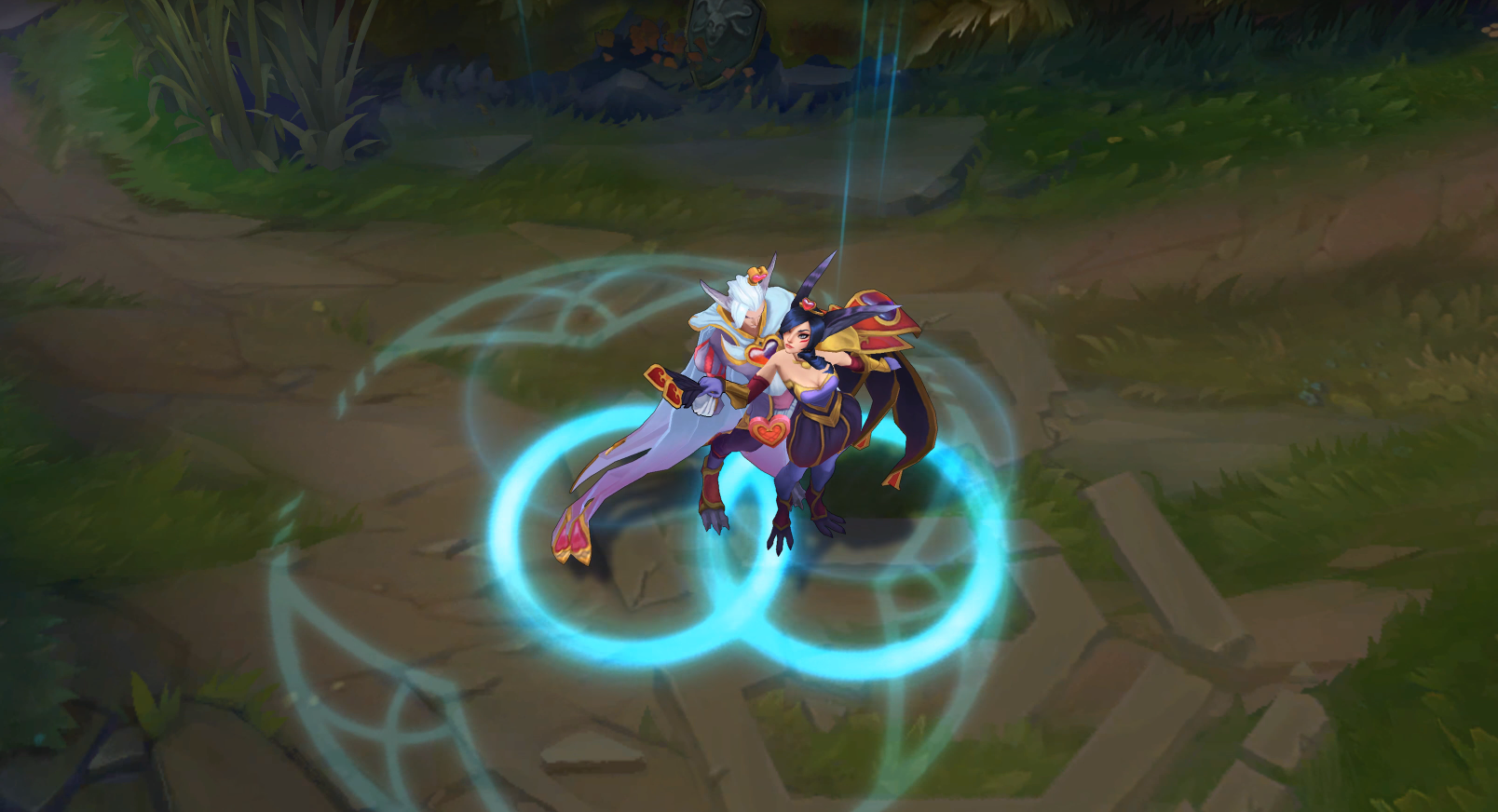 Riot revealed the first post-release skins for Xayah and Rakan yesterday—Sweetheart Xayah and Rakan, to be released for Valentine’s Day—and the community’s reaction wasn’t pretty.

In fact, an astounding amount of players are actually irate about the skins, oddly enough, and the reasons why are a little hard to grasp. The most recognized community complaints came in the form of a post on the League of Legends Reddit community, one that’s very bluntly titled, “No sugar coating, the Sweetheart Rakan & Xayah skins look like sh*t.” The post has reached nearly 9,500 upvotes, implying a rather large chunk of players aren’t content with these new Sweetheart skins.

Just in case you haven’t seen them, here are the new skins in-game.

Pretty standard for Valentine’s Day, right? Previous Sweetheart and Heartseeker skins for the holiday have been various shades of pink, purple, red, and gold, and these skins are no different. Despite the simplicity, though, players are more angry than you’d think, and there are two major reasons for that.

Firstly, and most ridiculously, they’re upset simply because they think other champions deserve a skin before Xayah and Rakan do. The argument, “Why are these two getting a skin so soon when champions like Kled still don’t have another?” has been thrown around quite a bit.

This complaint is… odd. Riot has been consistently putting out skins for champions that desperately need them. Cassiopeia, Singed, and Yorick have all received new and very cool skins within the last six months. Illaoi is getting one very soon. That being said, to complain about this issue in particular is to essentially be mad at Riot for taking a break from creating skins for those champions just this once in order to create skins for a newer champion.

You’re basically saying, “No, you’re not allowed to make skins for literally any other champions but the ones that desperately need them, despite all the work you’ve put into that issue already this past year.”

It makes no sense.

The other most common complaint isn’t quite that bad, but it still isn’t great. In the original post, and in many of the comments thereafter, players are saying that the color scheme is different than the other Sweetheart skins for Sona and Annie, lacking the hard gold and red contrasts, and that these new ones have too many soft reds and purples.

That’s right, these players are upset that Xayah and Rakan’s skins don’t have the same color scheme as older skins of the same line. That’s like complaining that Star Guardian Ezreal is blue and white even though Star Guardian Lux is decked out in pink. Doesn’t make much sense, does it?

Regarding the design of skins, Riot typically responds well to constructive criticism. Most of these complaints aren’t so constructive. When Heartseeker Lucian was revealed last year, fans presented Riot with better options to use for its splash art, and Riot updated the old splash art accordingly. Likewise, when Sewn Chaos Blitzcrank was revealed last spring, it was pulled before release, simply because it didn’t live up to the design team’s standards.

There is actually some constructive criticism, which is a good thing. One commenter on the Reddit post, for example, simply says that the skins are mostly fine, but they think that there are some elements missing from Xayah’s color palette and shoulder area, and, much more importantly, they provided a solution to the problem using their own artwork.

Remember, you’re allowed to not like a skin. If you think it could be improved, you’re more than welcome to communicate that with Riot, provide a solution, and maybe the design team will even take your ideas into consideration. At the end of the day though, if the skin goes through and you’re still not happy with it, simply don’t buy it.

No one is sitting at their computers going, “Oh man, I really don’t like this skin,” while pulling out their credit card to buy it anyway. It’s a cosmetic item, and if you don’t like the way it looks, that’s really all there is to it.

Dot Esports has reached out to Riot Games for comment.