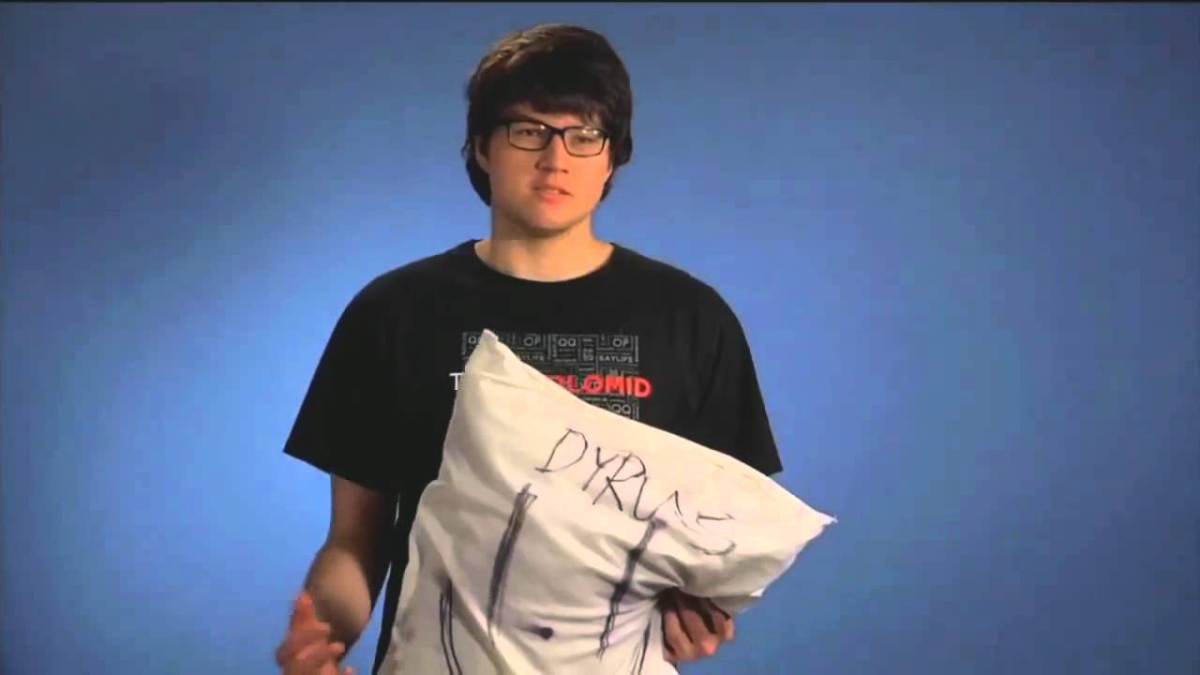 With the off-season coming in and the strong possibility of roster swaps, I wanted to begin discussion on how players fit into rosters and the overall concept of roster construction in competitive LoL. Hopefully, this article can shed some light on good ways to categorize top laners. With the off-season coming up and possible roster swaps occurring, I think it would definitely help the discussion if we could pinpoint exactly what teams needed to improve.

I recently wrote an article discussing how roles (such as primary carry, secondary carry, and support) are different from positions (such as top lane, mid lane, and jungler.) Although there are nominal “support” and “carry” roles (AD Carry) teams don’t always give up a lot of farm to their AD Carries and other times supports are able to carry their teams by taking the lead in terms of playmaking.

Now, I want to go further in-depth and discuss how this can apply to each specific position. I would recommend reading my previous article for an in-depth discussion on how teams can distribute resources, but here is a brief breakdown.

Teams can distribute three core resources in LoL, which are farm, roams, and priority.

Farm is self-explanatory, there is a very limited number of minions/jungle monsters/kills on the map, and teams can decide however they want to distribute them. Usually, teams will try and farm up two main carries but there are situations where teams try to distribute farm among all members (Moscow 5) or funnel all of their resources onto a single player (SHRC with UZI.)

Roams are the ganks that a team sends to one player’s lane to try and snowball them. On most teams, just the jungler ganks, with occasional supplementary roams from the support. In some cases, we find teams using their top laner’s Teleport to frequently gank a lane, usually bot, or sending their mid laner to help the jungler snowball another lane. By ganking, players are giving up a time resource they could have used securing lane advantages so they can help their teammates. Usually, teams only have a single player, the primary carry, who receives a lot of roams. Teams with two true dual-carry players (Fnatic with xPeke and sOAZ) usually have an unusually low econ jungler.

Priority defines the main playmakers of a team, the players that define a team’s philosophy and that receive the most back-up from their teammates when they make plays. It is generally through priority that supports and junglers, typically supportive roles, can become carries on their own by scoring game-winning picks or engages. Usually, teams can only have a limited number of playmakers, even infamously aggressive teams like the OMG of Season 3-4 featured players like San who took a more conservative approach. At the same time, a team also needs to have a healthy number of playmakers, otherwise they will simply fall apart as the game goes on and the other team takes the initiative. Personally, I believe that a team should have 3 playmakers, with 2 also being acceptable with the right personnel (dade’s Samsung Blue squad.)

To give a further explanation of priority, we can look at the old Moscow 5 line-up of Seasons 2-4. One player who had very high priority on that team was Alex Ich. His “see hero, kill hero” motto basically meant that when Alex saw a champion, he could immediately try to go for a pick and his teammates would follow up. As a stark contrast, his teammate Darien would constantly make plays through split pushing. Although he drew a lot of pressure, he had fairly low priority on his team and received little back-up, resulting in his “feed to win” approach to the game.

It’s also important to note that these priority distributions aren’t a statement on player skill. For instance, TSM’s Dyrus has played with low jungle and farm priority for much of his career, but could probably become a star on his own mid-tier LCS team. Instead, these resource allocations are team wide decisions.

Now, let’s take a look at the next dimension of top laning – playstyles. The three main types of top lane styles I want to define are epitomized by the three original Korean top lane gods – Reapered, MakNooN, and Shy. It could be generally defined that Reapered was the master of split-pushing, MakNooN was the master of play-making, and Shy was the master of teamfighting.

Of course, great players are defined by their versatility, so it isn’t entirely accurate to pigeonhole players into these styles. Nonetheless, players usually will have a particular emphasis or strength in one of the three main categories, and when discussing filling roster spots, it is very accurate to align players into these specific categories to best discuss strengths, weaknesses, and roster fit. Even when looking at our examples, while it’s true that Reapered was a very strong teamfighter when called upon, his greatest strength was his split-push play. Perhaps the only exception to this rule is his successor on Azubu Blaze, Flame, a player who transcended these categories and was able to master all 3 forms of top lane play.

Reapered, top lane star of Azubu Blaze and SKT Telecom, played a top lane style defined by split-pushing. Reapered would receive the most farm, the most roams, and had number 1 priority on both of his teams. He would deliver through a split-pushing approach defined by daring last-second escapes and baited uneven teamfights after leading his unsuspecting pursuers into an ambush from his teammates. While the split-push style affords a high carry potential and one of the best ways for a single player to influence the game, it comes with its own limitations. Notably, a team cannot have more than two players who focus on split-pushing because there are only three lanes. In addition, the very nature of split-pushing means that not only does a split-push top laner usually require high priority or roams to get them ahead of their opponents, they will automatically pick up high farm from shoving in empty side lanes. Lastly, strong Teleport usage is extremely important in this position, because these players are usually taking many resources away from the main field of battle.

While Reapered is an example of a focal carry who played a split-push style, ZionSpartan is an example of a player who focuses on split-pushing while playing as a secondary carry on CLG and Coast (receiving less jungle ganks and roams.) Darien, as mentioned earlier, played an extreme top lane style with constant split pushing in spite of low roam and playmaking priority.

MakNooN, even past his prime on Team Fusion, has always played a style heavily predicated on picking off his opponents and/or scoring engages. His mantra, “Do Dive” would either involve coordinated dives with his jungler on low top lane opponents or roams (either through a Teleport bot lane or simply walking down to mid) on further seemingly safe opponents. This style comes with its own strengths and disadvantages. While a strong playmaking style doesn’t always require high farm or jungle resources, it requires high playmaking priority almost by definition. With top lane generally considered a low playmaking role, teams will have to be careful not to overload their rosters with priority players. However, a top lane pick/engage style also has many advantages. With the top lane role traditionally considered an island, ganks from a top laner are still unexpected even when the style has been scouted. The introduction of Teleport has buffed this style, either allowing players to quickly return to lane after roams or granting additional pick/engage opportunities, making this style both more powerful and easier to use, although it is still the least common.

The final top lane style, team-fighting, has become the most common as the seasons have gone by. Teamfighting has some overlaps with the previous playmaking style, in that sometimes teamfighting top laners are called upon to engage. However, these players generally serve a secondary or even tertiary engage role for their teams (Shy himself usually played second fiddle to MadLife and occasionally CloudTemplar on that front.) In addition, these top laners will focus on either peeling for their teammates or zoning out the other team’s backline with utility champions or tanks. To this day, Shy has remained a master of this style on champions like Lulu or Dr. Mundo. These teamfighting top laners are generally the easiest to fit onto teams, partially because this role doesn’t require high farm (like split-pushing) or priority (like playmaking.)

With Shy as the best example of a focal carry playing the teamfighting style on several iterations of his Azubu/CJ teams, he also took his turn as a secondary carry during the late Season 2 era of that team and has again taken a backseat to CoCo on his current CJ Entus squad. One player who has also taken turns playing a secondary carry role on his team is OMG’s Gogoing, particularly during the Season 3, when Cool was at the height of his powers. Although Dyrus was once a secondary carry for TSM, he has become the king of teamfighting from an extremely low econ position, a dream role player for many teams around the world.

Hopefully this article has shed some light in my thinking of how to categorize top lane players. I’m planning on doing similar articles for the other positions soon, so please send me feedback and suggestions.