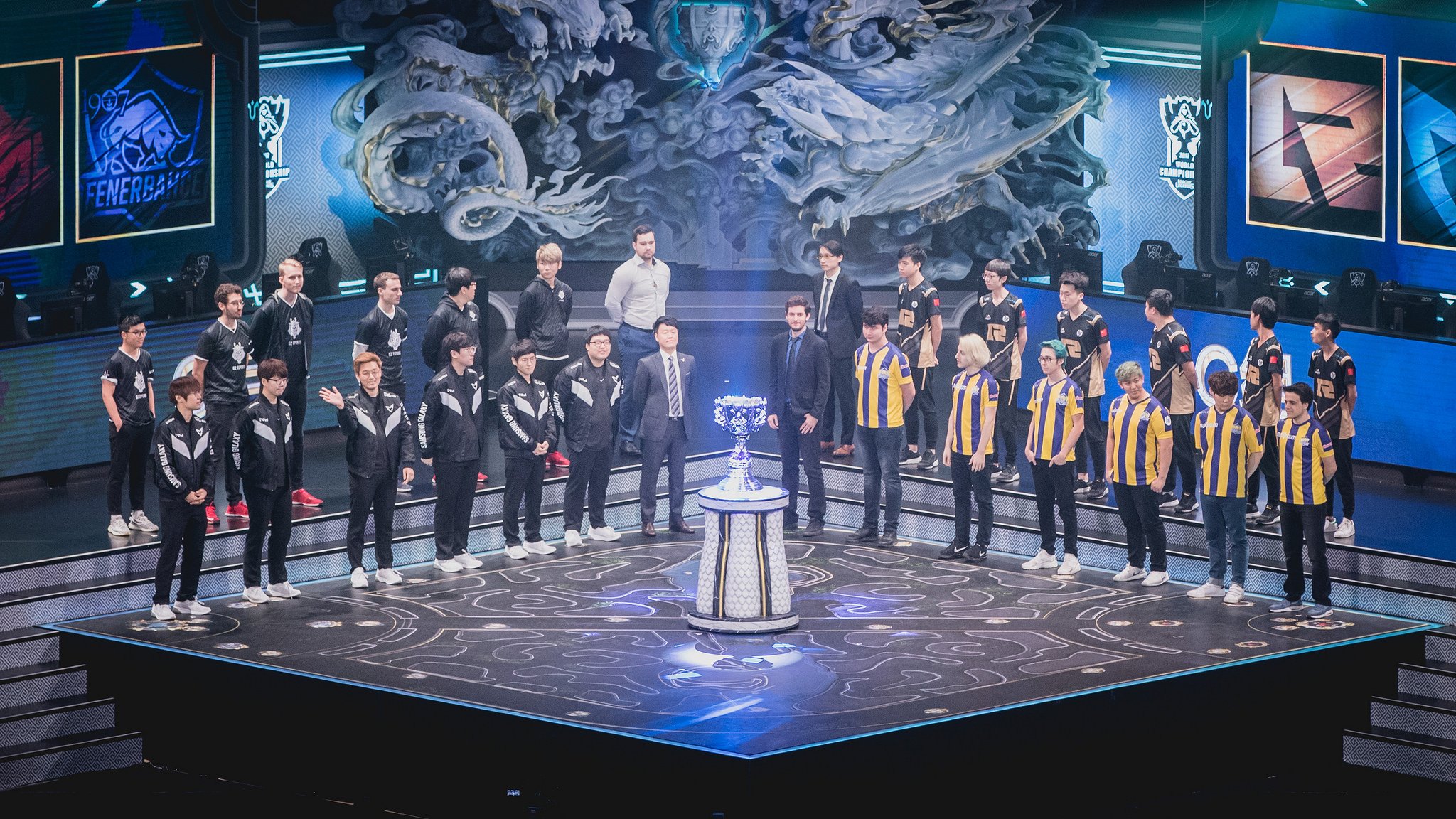 Worlds is where legends are born. Winning the tournament three times made Lee “Faker” Sang-hyeok an international star and the greatest esports player of all time. Cho “Mata” Se-hyeong’s lone championship in 2014 still gives him credibility as one of the best supports around, even as his teams’ results haven’t been as good since then.

This is the tournament where League’s greatest players have to put on their best performances to become superstars. And with Faker out of the tournament for the first time in years, this year’s championship could be a golden opportunity for a new player to take reign of the League world.

So which of these stars will shine the brightest? To figure it out, we ranked players into first, second, and third teams. The list is organized primarily by talent, but also by the likelihood each player will have a breakout performance to become the star of Worlds 2018.

Kiin is the best top laner in the world right now, and it’s not particularly close. He might be the best player overall after finally becoming the top lane carry Afreeca Freecs have needed for years. There’s some risk with Kiin: After all, Kim “Khan” Dong-ha was in the same position with Longzhu last year. Kiin will hope to make it much farther than the quarterfinal stage where Longzhu bowed out.

Score finally did it. He finally made it to Worlds as Korea’s No. 1 seed, the winner of the LCK Summer Split. If he and KT were able to overcome years of heartbreak and win this tournament, it would be an amazing capstone to Score’s storied career.

Rookie’s been to Worlds before, three years ago, when Invictus Gaming weren’t expected to even make the tournament. Now, he’s a bona fide star carrying the hopes of his adopted home country, China, to Korea, where he was born and raised. There aren’t many better stories than Rookie’s.

This year was setting up to be the Year of Uzi, but then a wrist injury derailed his summer campaign. Now he’s back with a vengeance, and even though RNG found a suitable bot lane sub in Dai “Able” Zhi-chun, Riot’s anachronistic roster rule that limits each team to six players and an emergency sub means Uzi will likely be the man for RNG. If Uzi wins Worlds, it would cap off the most successful season ever from a Chinese player and make his career complete.

Four years after that championship with Samsung White, Mata is still looking for his second title. This is the closest he’s ever been: KT are on fire right now, and if he can get them to play with focus and communication, this could be the year Mata is crowned a double champion. The rest of that Samsung roster have fallen out of the professional scene, leaving Mata as the sole candidate for a repeat run.

Smeb had the chance to make Worlds when he was the consensus best player in the world two years ago. But after losing to Faker and SKT and then not qualifying for the tournament last year, he now has some ground to make up on Kiin. With KT finally playing well, this could be the year that Smeb completes the journey from being a disappointment on Incredible Miracle to a champion at Worlds. Doing that would likely give him back the “best player” title he lost in 2016.

This is cheating a bit, picking two players. But they’ve formed a terrifying lightning-and-thunder duo for RNG this year. After getting more integrated in the lineup, Karsa has been very successful on carry junglers like Camille and Taliyah. And just when you figure him out, Royal sub in mlxg to play tanks. It’s a terrifying duo that could help Royal finally go all the way.

When Caps first joined the EU LCS, he was nicknamed “Baby Faker.” Well, now with the real Faker out of the tournament, it’s fitting that Caps has grown up and become a star of his own. He’s one of the best mid laners anywhere, but many will still be skeptical unless he can send Fnatic back to the Worlds semifinals—or even better.

For years, Ruler was known as a so-so bot lane player who was propped up by the rest of the team. And when Gen.G’s mid lane fell apart this summer, it seemed like the team’s hopes of repeating as world champions were over. But then Ruler shed the label of a player who focused on utility champions and dominated the regional qualifier on the likes of Xayah and Kai’Sa. Oh, and he can play Ashe and Varus, too. He was on Team Korea at the Asian Games last month because he’s one of the best players in the region.

Like all of Flash Wolves, SwordArt has been cursed with a lack of international success throughout his entire career. But even after losing Karsa, this may be one of the better Flash Wolves teams yet. His lane partner, Lu “Betty” Yu-hung, has stabilized the bot lane and top laner Su “Hanabi” Chia-hsiang’s carry style is refreshing. But we simply don’t know how much this team has really improved playing in the weak LMS region.

Ssumday isn’t the most talented player in the world. He’s not usually known for smashing lane. And even though he was a legitimate MVP candidate in the NA LCS Summer Split, some of that may have been due to the fact that he was smashing North American top laners, not exactly prime competition.

But 100 Thieves wouldn’t be at this tournament if Ssumday wasn’t smashing fools. It’s ironic in the year that Ssumday made it back to Worlds, his old team, KT, did too. How much fun would it be to see Ssumday try to pop off against Smeb?

The other half to Fnatic’s strong mid-jungle duo, Broxah has grown to be one of the best junglers in his region. There’s a question of whether he can stand up to international competition, but other top teams, including, Afreeca, Gen.G, IG, and EDG, have major question marks at the jungle position as well. Broxah will have to show better playmaking and objective control than he demonstrated in Fnatic’s three-game loss to RNG in the MSI semifinals last May, but we’re betting that he and the team have both improved this summer.

Xiaohu was much hyped before Worlds last year. It was, after all, supposed to be his year, with the tournament being played on his home turf. But he struggled in Royal’s five-set loss to SKT in the semifinals. With no Faker around in 2018, though, xiaohu could be primed to pop off and lead Royal to the title.

This was the hardest position spot to rank. For years, Ha “Kramer” Jong-hun and the rest of Afreeca Freecs have been overlooked in the LCK, but they’re finally at Worlds. Fnatic star Martin “Rekkles” Larsson is back in the lineup after a tough split. And Invictus Gaming’s Yu “Jackeylove” Wen-bo could be the next great ADC star.

But none of those teams rely on the bot laner like Team Liquid do on Doublelift. He finally won the coveted NA LCS MVP award after proving to be the best in the region at his position by an enormous margin. If he can eviscerate his Worlds demons with a strong performance this time, it could be what takes Liquid on a deep run.

After years of Worlds disappointments, we’ve given up on nearly all of EDG. The one exception is Meiko. It really isn’t his fault that EDG’s carries throw games on the biggest stage. But if EDG does finally overcome its history and make a long run, you can bet that Meiko will be at the center of it with his playmaking. And if teams don’t figure out that Tahm Kench is a must-ban against EDG, that just might happen.