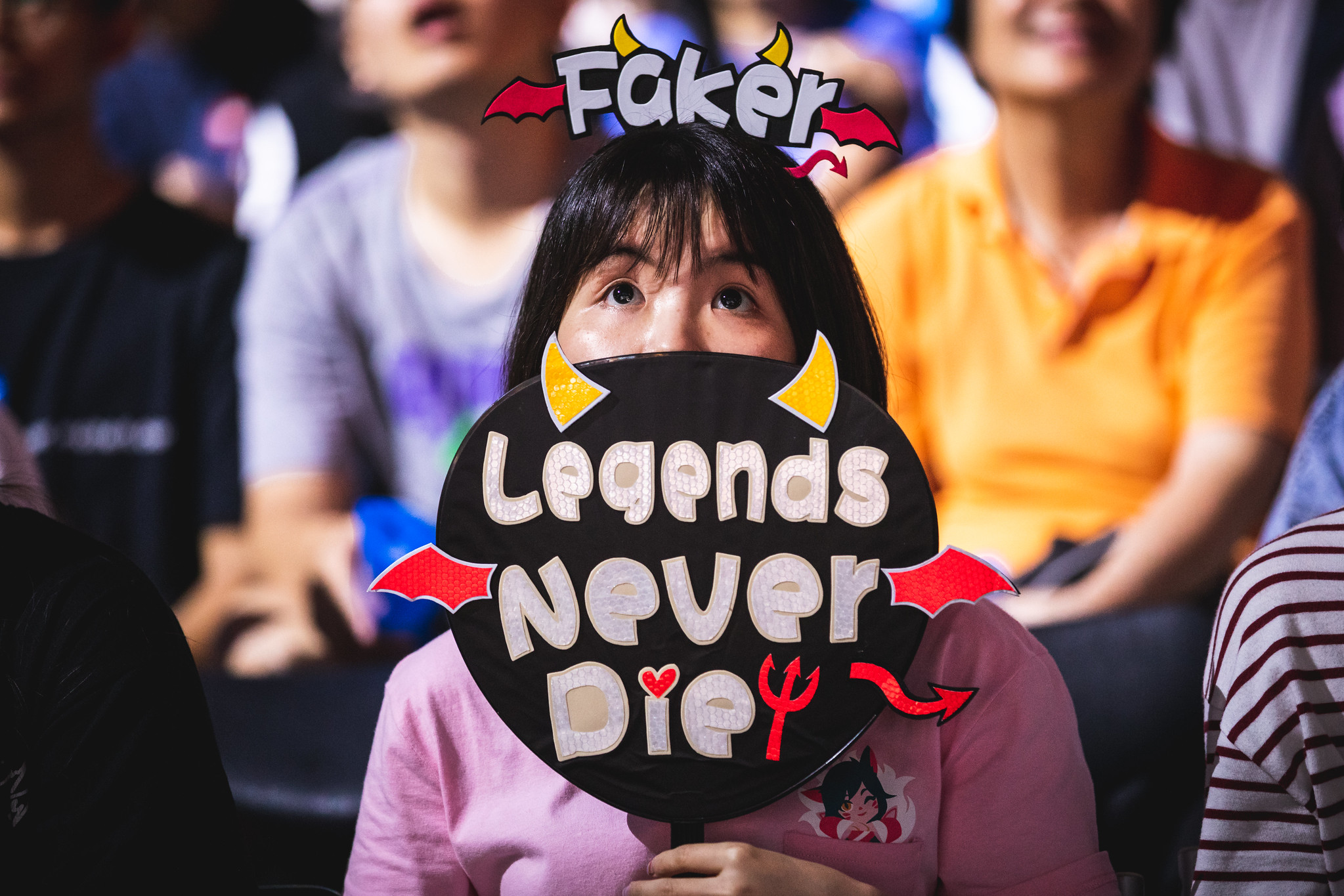 The Telecom War is one of the most heralded rivalries in esports. The periodic clashes between SK Telecom T1 and KT Rolster have produced some amazing moments across multiple games. Whenever these two teams meet, the preceding hype is usually incredible.

That doesn’t feel like the case before tonight’s Telecom War in the LCK. The enthusiasm for both of these teams is rightfully muted. In fact, tonight takes on a special importance for ignominious reason: the loser may be unofficially eliminated from contention in the LCK Summer Split.

Both SKT and KT have struggled in years past, but seemingly never at the same time. Now, we have a situation where it feels like this is a loser-leaves-town type of match. How on earth did we get here?

Since the very beginning, we preached patience about SK Telecom T1. The League of Legends squad went through a major roster upheaval last offseason, the biggest the team has seen ever. Four new players joined to try and send star mid laner Lee “Faker” Sang-hyeok back to Worlds.

The team actually came online much faster than expected, though. Many expected Griffin to run away with the Spring Split championship, especially considering their two regular season match wins over SKT. But ever since a convincing win late in the split against KINGZONE, it looked like SKT had gone Super Saiyan.

They rolled into the LCK final against Griffin as equals. And after the first game, the look on Griffin’s faces told you all you needed to know. SKT were back, and they made themselves LCK champions once again.

Sure, they lost some luster when they looked uneven in some group stage games at MSI. But then they turned on the jets in their last game vs. Invictus Gaming and showed everyone that they could play aggressively in the early game. Even their semifinals loss to an incredibly good G2 squad wasn’t immediate cause for concern. Astute analysts called G2 a legitimate title contender before the tournament, and the five-set match between the two teams felt like the real final.

When the Summer Split started, most people expected SKT to feed off both their successes and failures and get even better for the summer. That wasn’t based on fantasy—it’s what they used to do every year. They got better the later it got in the season, when the stakes are the highest.

Instead, the exact opposite happened. A few early losses to Afreeca and KINGZONE could be chalked up to a post-MSI hangover. After all, both Invictus Gaming and Team Liquid, all MSI semifinalists, struggled a bit to start the Summer Split. And Afreeca and KINGZONE are no joke—Afreeca match up really well vs. SKT, and KINGZONE have a real shot at winning the whole thing.

Then they lost to Sandbox in a clean sweep, and still we resisted the urge to panic. Sandbox are another strong team, one that does know how to press early game advantages. The next match, against an uneven Damwon squad, seemed like the exact type of match to get SKT in check before another clash against Griffin. It seemed like we just needed to stay calm and remain patient.

But then they lost to Damwon to drop to 1-4 on the season. The sweep to Griffin seemed inevitable at that point, and it was. All of a sudden, nearing the halfway mark in the split, SKT are second-to-last, above only Jin Air. It’s officially time to panic.

Their problems have been myriad. Top lane is a mess and has been all year. Jungler Kim “Clid” Tae-min was the team’s best player at MSI but has turned into a shell of himself. Superstar support Cho “Mata” Se-hyeong has made poor decisions all year—a bad look for a shotcalling legend.

Then there’s Faker. He’s still a menace on certain champions, but he feels more desperate than he’s ever been. He’s played 11 champions this split, none more than twice. It feels like he’s pressing, and as a result, is making mistakes.

If Faker and SKT can’t get it together in tonight’s match, versus an opponent they should still be favored against, we don’t know what’s next for this team. Missing the playoffs—and Worlds—are very real possibilities. That would be an unprecedented fall for the spring champions. But that’s what’s on the line tonight: Anything could happen.

The KT story is much simpler to tell. They look washed up. Three years ago, top laner Song “Smeb” Kyung-ho looked like the best player in the world. Now, he’s barely in the top half at his position in the region. The top lane star lens has firmly focused on younger players like Damwon’s Jang “Nuguri” Ha-gwon and Afreeca’s Kim “Kiin” Gi-in.

Go down the line, and you could say similar things about the rest of KT. Go “Score” Dong-bin hasn’t been an upper-tier jungler for years. Mid laner Gawk “BDD” Bo-syeong was full of promise last year on KINGZONE, but failed to capitalize on that.

Then there’s ADC Kim “PraY” Jong-in, the player the team signed between splits to shore up their weakest position. PraY was a fine player back in his ROX Tigers glory days, but we wondered about the prospect of KT signing yet another past-his-prime star.

The combination has gone about as well as you’d expect. His lane phase has been fine, but everything else has not. The team doesn’t know what to do with him, and he doesn’t know how to help his team.

The trajectory KT are on is slightly less shocking if only because we’ve seen this coming for a few months now. But the implications are more dire. SKT’s season is on the line, but for KT, this might be the end of the line for entire careers. Did we suffer through so many splits of Score barely missing out on championship glory, have him finally hold that title last summer, only to see it all end like this? Is it the end of the road for Smeb and PraY, two players who went to the Worlds final in 2015 together and looked like they’d dominate together for years to come?

That’s what’s on the line tonight in the Telecom War. It’s probably not going to be the best League of Legends match you’ll see this week. But once again, it might be the most important.