Did SKT just go Super Saiyan in their win over KINGZONE?

SKT fans have been waiting for their team’s final evolution for months. 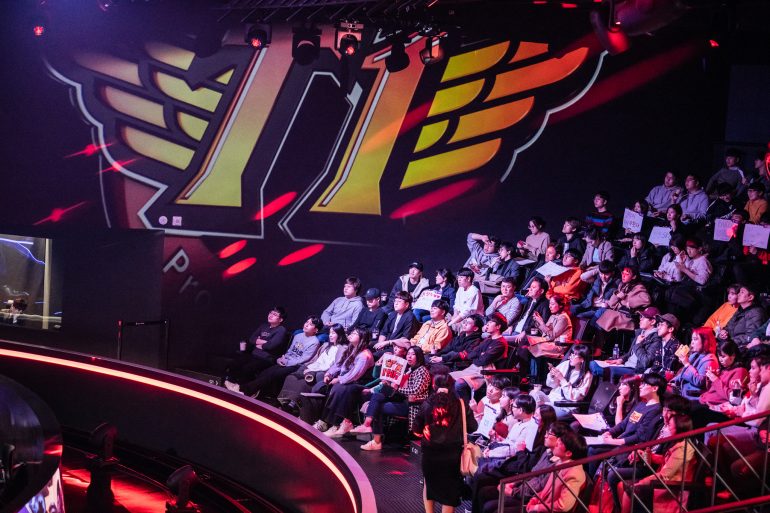 The offseason is always exciting period for League of Legends teams. It’s a season of hope, when new players can give tired fanbases something to cheer for. And no team made a bigger splash than SK Telecom T1.

Not normally known for dramatic moves, SKT decided it was time to blow up their roster for the first time since 2013. Kim “Khan” Dong-ha, Kim “Clid” Tae-min, Park “Teddy” Jin-seong, and Cho “Mata” Se-hyeong were all signed to join the immortal Lee “Faker” Sang-hyeok in his quest for an unprecedented fourth title.

The team was immediately crowned a “super team,” but with four new players, it was reasonably expected for them to take some time to jell. But after the team’s most recent victory in the LCK, a clean 2-0 over a very good KINGZONE DragonX team that included a nearly perfect game, it’s now time to wonder: Did SKT just go Super Saiyan an ascend to another level?

They’ve certainly improved since the last time we analyzed their performance. And while there are a lot of games left in the Spring Split—and Griffin are still the class of the league—SKT have certainly shown they can beat anyone.

The last time we wrote about SKT, the first thing that jumped out was the inconsistent play of Khan, the team’s top laner. Khan astounded people with his audacious split-pushing style in KINGZONE’s push to Worlds in 2017, but after falling flat in the group stage, that team seemed to hit a wall. And nobody hit it harder than Khan—instead of contending for the title of the best player in the LCK last year, it became apparent he wasn’t even the best player on his team.

Some of that carried over to the early days on SKT. Some games he would seem perfectly in sync with jungler Clid, pushing waves with jungler support and backing off when required. But in others he’d be caught for no reason and with no vision.

Things started to turn around for him in SKT’s week six series with Gen.G. Playing against Lee “CuVee” Seong-jin, one of the most consistent top laners in the league, in game one, SKT saved last pick for him and let him bust out Fiora. His early pressure on that champion allowed Clid to invade with impunity, creating a jungle disparity that by itself won SKT the game.

Over his last four games, Khan has played Fiora, Riven, Jayce, and Vladimir—four champions with different strengths but all with carry potential. On those four, he’s gone a combined 17/1/18 KDA for a total KDA of 35. SKT are putting their confidence in their top laner and he is not letting them down.

And he’s hardly the only one popping off.

The other player we called out weeks ago when SKT struggled against SandBox, Damwon, and Griffin was future hall of famer Cho “Mata” Se-heong. Mata’s always been known for a deft sense of when to start fights, but that sense seemed off when he first joined SKT. He’d make wrong plays and get himself or others caught, and SKT’s drake priority was questionable at best.

But in the past few weeks, when Mata pulls the trigger, the rest of SKT pile in. The results have been amazing. Against Gen.G, Mata turned the game around via two Alistar knockups that all of SKT dove in on. It was a performance evocative of Mata’s best on that champion.

Against KINGZONE, the maestro was even better. A strong mid lane power play netted SKT the middle inhibitor without a fight and without needing Baron. That one inhib turned into three, all uncontested, as SKT ran KINGZONE around the map. At the end of the game, Mata stopped four members of KINGZONE from recalling while SKT calmly took down a completely undefended nexus.

The next game was a masterpiece. SKT gave up only their mid laner outer turret to a Rift Herald push in what was otherwise a perfect game. Mata called his teammates over to shut down KINGZONE’s star bot lane, and SKT dove them into the ground. Mata continued to show that Tahm Kench is a must-ban against him and after a certain point, any KINGZONE player that walked near the halfway mark of the bot lane would soon find himself staring at a grey screen.

With Mata calling shots like that, SKT have become incredibly tough to beat.

It’s hard to find a team in recent memory that’s been as hyped as this iteration of SKT. The closest might have been when Jian “Uzi” Zi-hao joined with Mata in 2016 to start a two-year run of dominance for Royal Never Give Up in the LPL.

That team finally won Uzi an LPL title and an international one at MSI last year. The one thing they couldn’t do was win Worlds. And for SKT, that’s all that matters. Lots of teams say that, but it’s only a reality for SKT. Even Griffin can’t realistically say it’s Worlds or bust this year—they’ve never been there.

But Faker has. So have Mata and Khan. Add in Clid—the team’s best player so far—and Teddy, finally on a good team, and you have a squad for which the stars are aligning. We have to caution again that there’s a lot of League left to be played. They still have issues—namely, SKT’s dragon setup needs to be a lot better against the likes of Griffin. They have a crucial test against the league leaders coming up in the morning of March 8.

Right now, they’re still underdogs in that match—Griffin are that good. But you get the sense from their recent play that SKT still have another level in them. We’ve hardly mentioned Faker, who looks unbeatable on Lissandra and made old rival Heo “PawN” Won-seok of KINGZONE look absolutely silly on LeBlanc.

SKT just went Super Saiyan on the LCK. But as Dragon Ball Z legend tells it, there is one more form that is even more powerful. If SKT can get all five players consistently dominating at the same time to unlock Full Power Super Saiyan, nothing can stop them from claiming the Summoner’s Cup again.