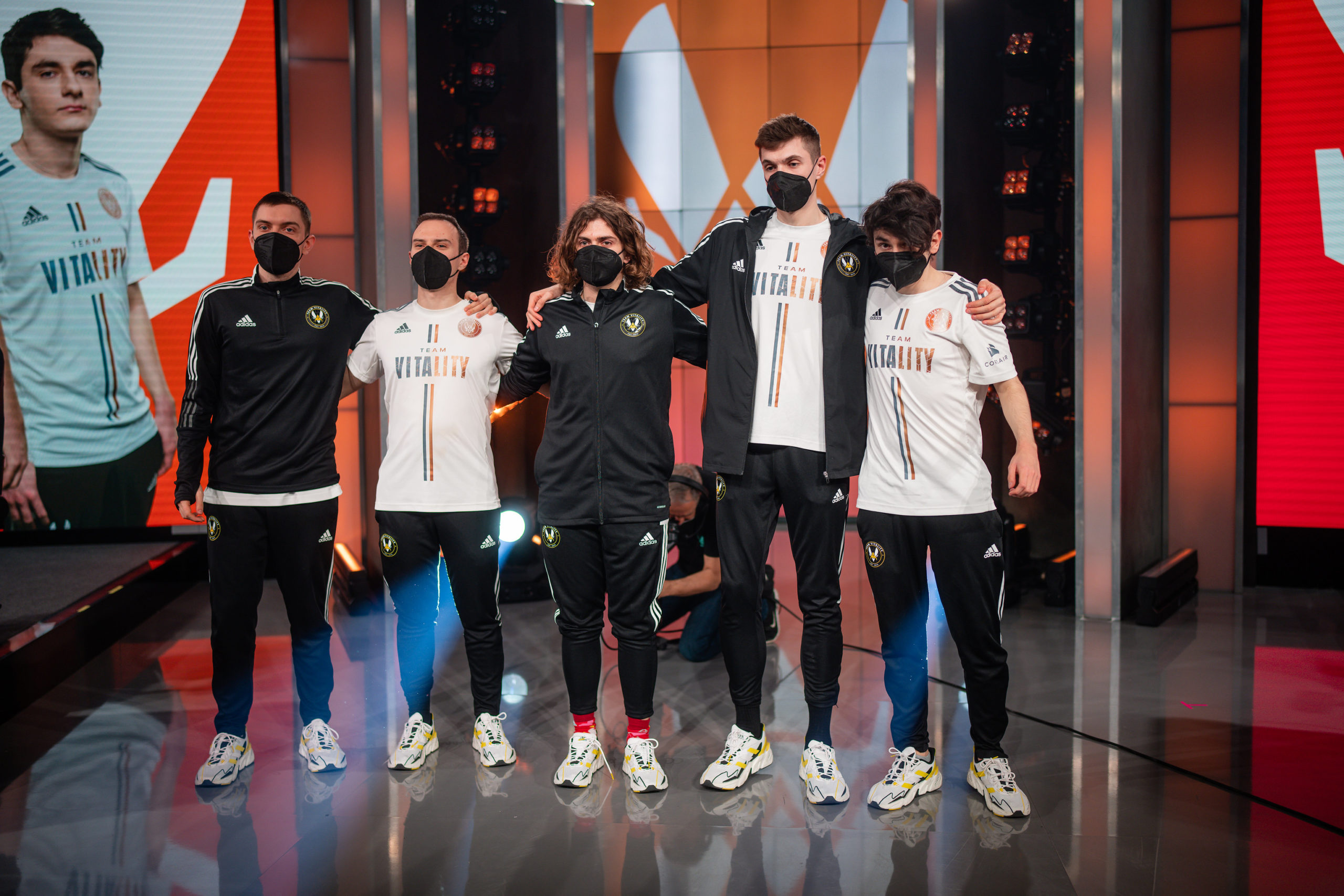 After a fluctuating first split together, Team Vitality’s LEC roster seems to have found the right synergy to maintain a consistent and victorious performance just two weeks before the Summer regular season’s end.

Vitality had previously struggled in finding the right play style that suited their team. In their uphill journey toward the top of the leaderboard, Vitality needed to improve their early game and find the right assets to focus on in their drafts. And today against Excel, a team entering with a one-game edge on Vitality, everything fell right into place.

In the drafting stage Vitality’s strategy was clear and their execution proved excellent in a flawless victory that focused on the power picks of the side lanes, as well as Taliyah’s choice for Perkz in the mid lane. On the other side of the Rift, Excel’s team composition lacked sustainability and front-line champions that would have allowed Nuckeduck’s Ahri and Patrik’s Aphelios to deal the necessary amount of damage to take down their opponents.

As if planned, Vitality obtained first blood in the top lane thanks to a very aggressive solo-play by Alphari, who used Gnar’s mega form to trap his opponent and finish him off. The early game passed without any major action on the map, with the two teams obtaining one drake each without having to fight for it. Vitality led at 20 minutes, and their map and vision control allowed Haru and Alphari to roam and assist their teammates, further widening the gap between them and Excel. But Excel didn’t back down, and with a clever play around Vitality’s vision, they melted the Baron and the team buff at 23 minutes without a teamfight.

Vitality have historically struggled in maintaining early-game advantages through the mid game, especially after the durability patch earlier this summer. But against Excel, all Vitality’s players were in top form, finding the right opportunities for perfect executions. This was especially evident in Labrov’s Renata, who always found the optimal angles and timing for her ultimate ability, which made their opponents fight against each other. On the other hand, Excel struggled to find the right moment and spot to execute their team’s combo, splitting themselves to try and make the move that would turn the game in their favor.

Through map control, Vitality had set up around the Baron’s pit to obtain the buff without any obstacle, but Excel quickly maneuvered around the objective. But that was their final move as Vitality executed their perfect ultimate abilities’ combination and deleted their opponents within an instant. With only Markoon left standing, Vitality made a move toward Excel’s base and closed the game after an impressive performance.

Vitality and Excel are now tied in third place, with only Rogue and MAD Lions towering above them.

Vitality, who showcased a seemingly clear strategy in mind and a team spirit that made the individual talents of the roster shine, will need more of that when they face G2 Esports tomorrow. Excel will take on MAD Lions.