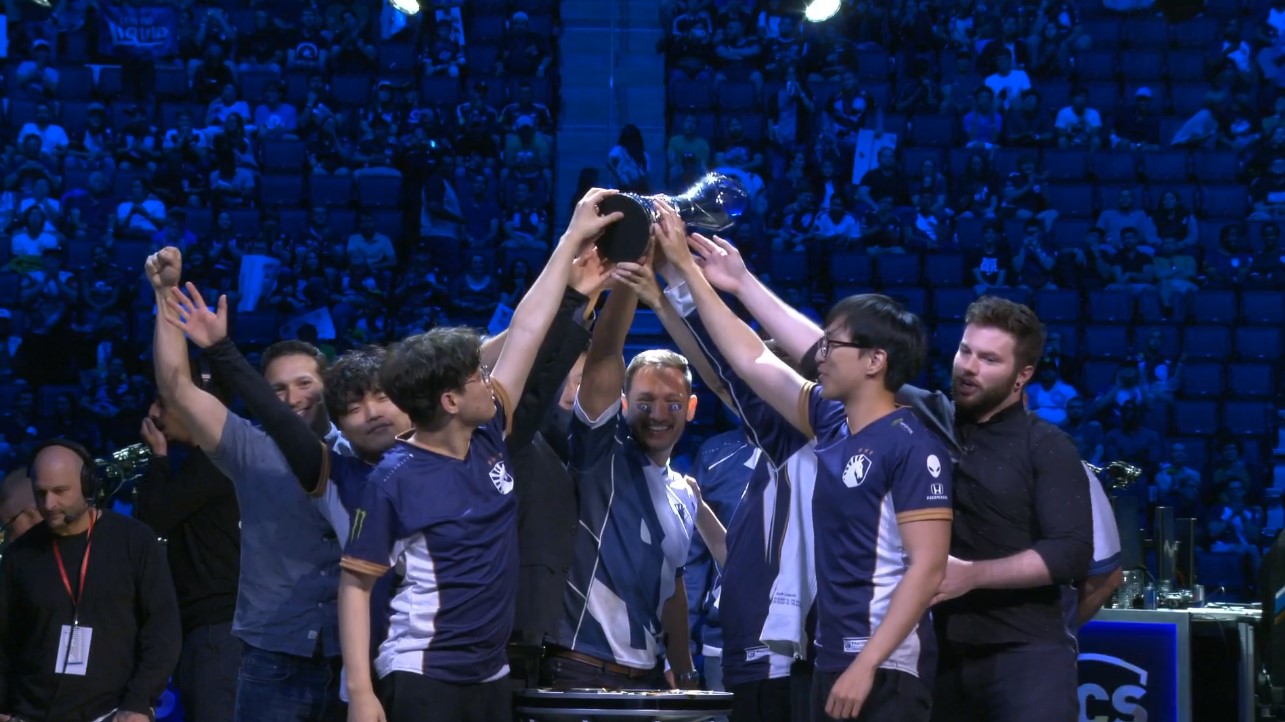 Team Liquid have cemented their place in League of Legends history after becoming the first team to win four straight LCS championships in a row. Cloud9 took the giants to map five but failed to overcome the Liquid roster.

One of the deciders of the match would be the battle of the bot lane. Some of the best players in North America, including Cloud9’s Zachary “Sneaky” Scuderi and Liquid’s Doublelift, would provide one of the most back-and-forth battles in the playoffs.

Liquid kicked the series off strong as they had an early lead in the bottom lane after Sneaky was taken down in a skirmish. Sneaky would later move into the mid lane and get revenge on Liquid, however, winning a crucial team fight in the early game. As Liquid continued in the mid lane, another teamfight, this time in the mid game, would go the way of Cloud9 after Liquid miscommunicated their push.

Cloud9’s former mid laner, Nicolaj “Jensen” Jensen would come out with a bang for Liquid as he dismantled his former team in a brilliant usage of his ultimate, taking down two of his opponents. Doublelift and Jung “Impact” Eon-yeong continued this momentum by finding kills of their own in the mid and top lane. The three-pronged attack of Liquid would win them the first game.

The second game saw Liquid’s jungler Jake “Xmithie” Puchero pick Skarner with an impressive 93.3% win rate on the champion. Despite his prowess with the champion, early wins for Cloud9 in the bottom lane and mid lane saw a huge advantage with multiple clean dives. Doublelift was nullified until the mid game as Cloud9 turned their attention to the top lane, winning another crucial team fight, eventually taking the second game.

Liquid bounced back in the third game as the partnership of Jensen and Doublelift combined to take down Cloud9 toward the mid lane. Cloud9 then returned the favor with multiple team fight wins of their own. Their jungle-mid combination was too much for Liquid to handle. Cloud9 stacked the gold with another Baron taken, and, eventually, they would take game three with ease.

Cloud9 continued their momentum as Eric “Licorice” Ritchie got the first blood after a huge blunder by Impact, causing him to go down. Liquid responded later in the game by taking a mid lane tower, eventually snowballing the game into their favor after multiple teamfight victories.

It looked as though two deaths near the Baron on the side of Liquid allowed Cloud9 to regain momentum, but this was to be shut down by a teamfight victory from Team Liquid in the mid lane. Liquid would snowball the victory in their favor, winning game four.

The fifth and final game was an emphatic display of talent across each roster. The two best teams in North America fought one final team in this game. Game five began with the first blood from Liquid, eliminating early Cloud9 pressure. Liquid continued with the momentum by taking the early gold lead over Cloud9. Doublelift continued his domination after finding another crucial kill in the mid lane to take another tower. After a final team fight win near the Baron, Liquid ran away with game five, winning 3-2 overall.

Both teams locked down their place at the 2019 World Championship last week, but Liquid has taken the first seed thanks to today’s win. Cloud9 now holds the second seed due to championship points, while the final seed from North America will be decided in the regional qualifier in two weeks.