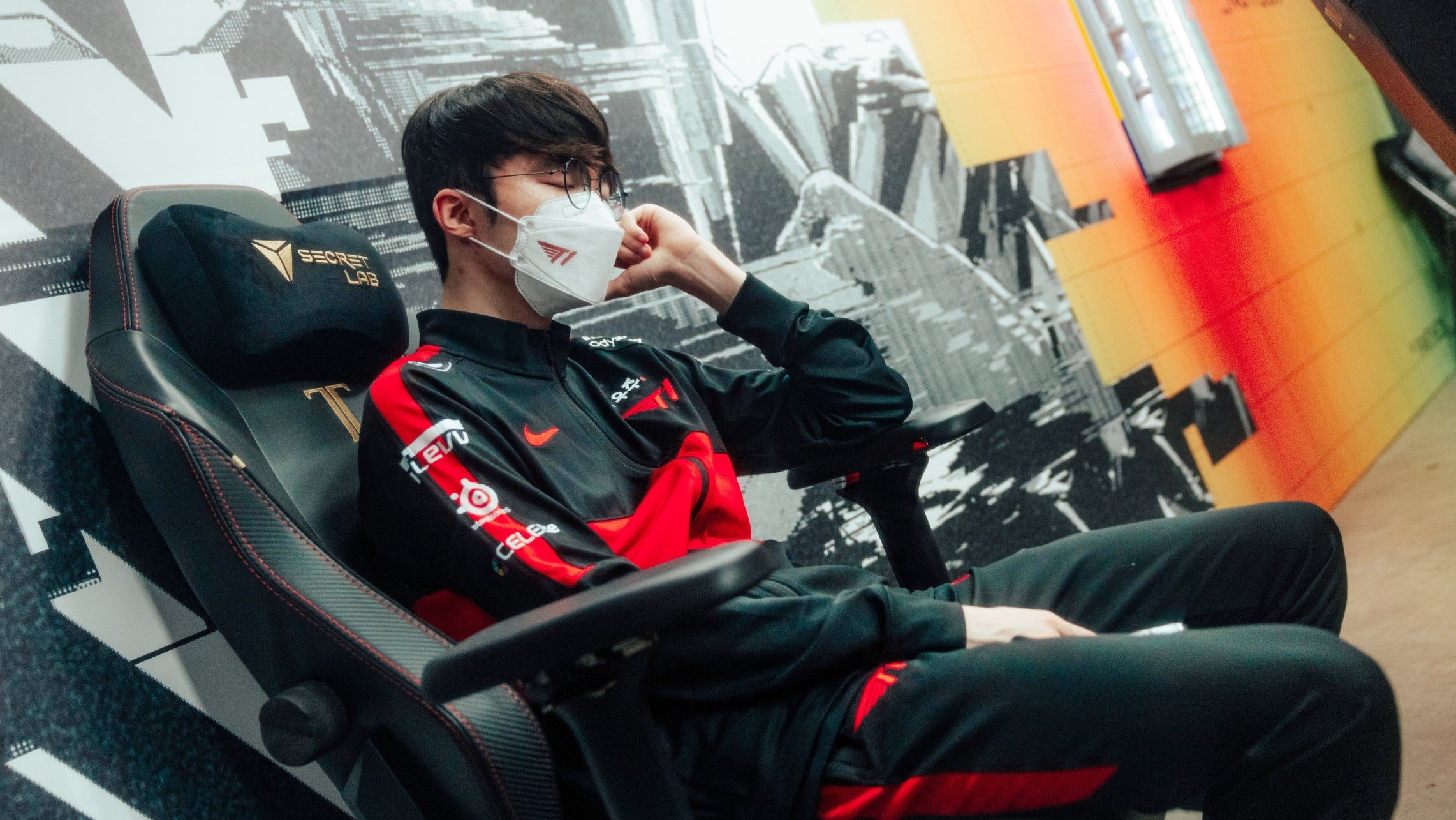 Today’s LCK series between T1 and Hanwa Life stretched far longer than intended due to pauses between matches. Still, fans got to see some great gameplay from both sides as T1 came on top 2-1.

In the first game of this League of Legends series, T1 bet on two enchanter supports (Seraphine and Karma) to buff their entire composition in teamfights. Hanwha, meanwhile, went with the Nami-Lucian combo along with a Xin Zhao pick. This worked for Hanwha as they won skirmishes in the first half of the match. But as soon as T1’s damage-dealers got their three key items, they demolished their opponents with the help of dual enchanter supports. With this, T1 registered the first win in the series.

Both teams picked up champions that provided them a mix of poke and crowd control abilities in their arsenal for the second game. T1’s aggressiveness was visible from the start of the game and Hanwha also replied similarly by roaming around the map to ambush their opponent’s lanes. There was a 10-minute pause but the match was resumed without any changes. The match turned in Hanwha’s favor as DuDu’s Sylas started hijacking T1’s ultimates, focusing mainly on Seraphine and Gnar. DuDu’s performance netted him an 8/2/6 KDA and allowed his team to get a win.

The third game was quite a long one. T1 looked in control as Gumayusi’s Kalista wreaked havoc from the early game, getting five kills within eight minutes. But there was a long 26-minute pause because of a Smite bug on Oner’s champion that allowed him to use it twice. Players from both sides had to rejoin the game and restart their progress. It did not dampen T1’s momentum, however. Oner’s Xin Zhao continuously engaged in teamfights while Faker’s Corki and Gumayusi’s Kalista melted Hanwha champions from the backline. Even Hanwha had shining moments like the first Baron steal by OnFleek’s Lee Sin but the path for a comeback was too steep for them.

T1 are now at the top of the 2022 LCK Summer Split standings. They will face DRX next on July 16 at 6am CT. Hanwha are in second-to-last place and will be up against SANDBOX on July 15 at 6am CT.