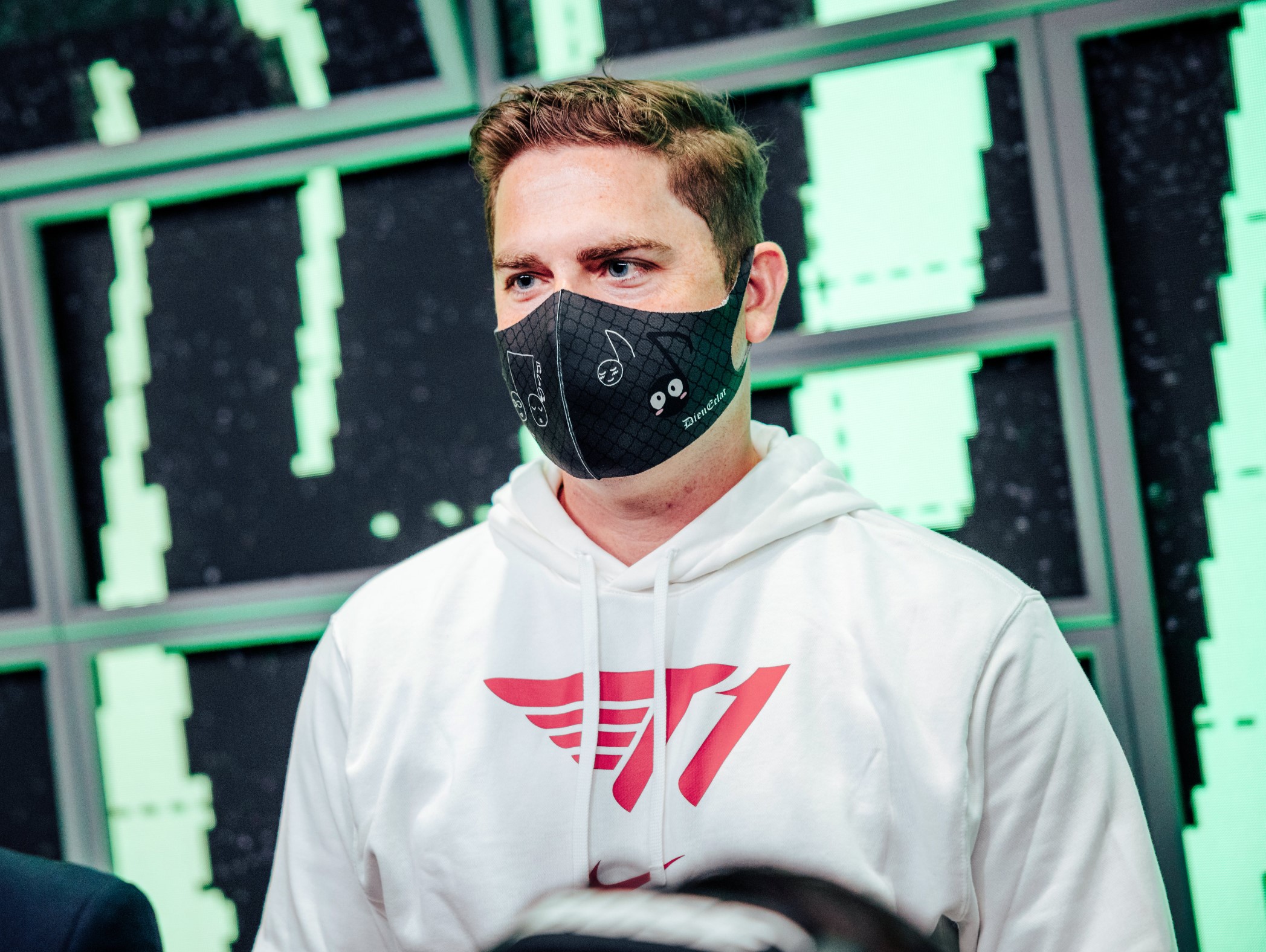 T1 chief executive Joe Marsh has admitted to involvement in a private Discord server in which he communicated with T1 fans in an unofficial capacity. Marsh’s activities on the server included the publicization of organizational information and inappropriate comments directed towards players, among other unprofessional activities.

“It is true that several of T1 employees including myself were involved in the Discord server that has been causing controversy,” Marsh said in a Twitlonger post. “I acknowledge and would like to ask forgiveness for my wrongdoings.”

In Marsh’s Twitlonger, the T1 CEO apologized for multiple actions, including the sharing of internal “sensitive information” with members of the Discord server, which was unaffiliated with T1 in a professional manner. This specific apology likely refers to comments allegedly made by Marsh on the private Discord server regarding T1’s contract discussions surrounding the organization’s League of Legends top laner Zeus. Screenshots of Marsh’s comments were revealed to the public by KORIZON Esports’ Ashley Kang earlier today.

According to a screenshot of Marsh’s comments, “four of the five [T1 starters] are signed through 2023,” which is information that is confirmed by the League global contract database. T1’s longtime mid laner Faker is the only player currently scheduled to be a free agent at the end of the 2022 season.

Marsh also apologized for comments directed towards T1 League of Legends player Oner in which Marsh joked about spraying oil on the player in order to turn a potential “body profile photoshoot” into a “thirst trap.”

The T1 CEO called his comments an “unnecessary distraction” to Oner, and has apologized to the player directly, according to his Twitlonger.

Marsh’s third specific apology in his post was for his lack of knowledge and action regarding “racist remarks” that were made on the Discord server in question directed towards T1’s Korean fanbase. Marsh claimed to know nothing of the remarks at the time.

“It was a clear mistake of mine not to realize what was going on,” Marsh said of his lack of knowledge regarding any racist comments. “Furthermore, it was wrong for me to remain on the server. T1 does not tolerate any form of racism and will fight together against it – especially any racism towards T1 fans.”

Marsh has imposed a six-month salary cut upon himself, and has vowed “not to speak out about any personal details about the team on any channels, following an internal discussion with the company.”

T1’s League team is five days away from playing their first playoff match of the 2022 LCK Summer Split. The match is scheduled to take place on Aug. 21 against an opponent still to be determined.