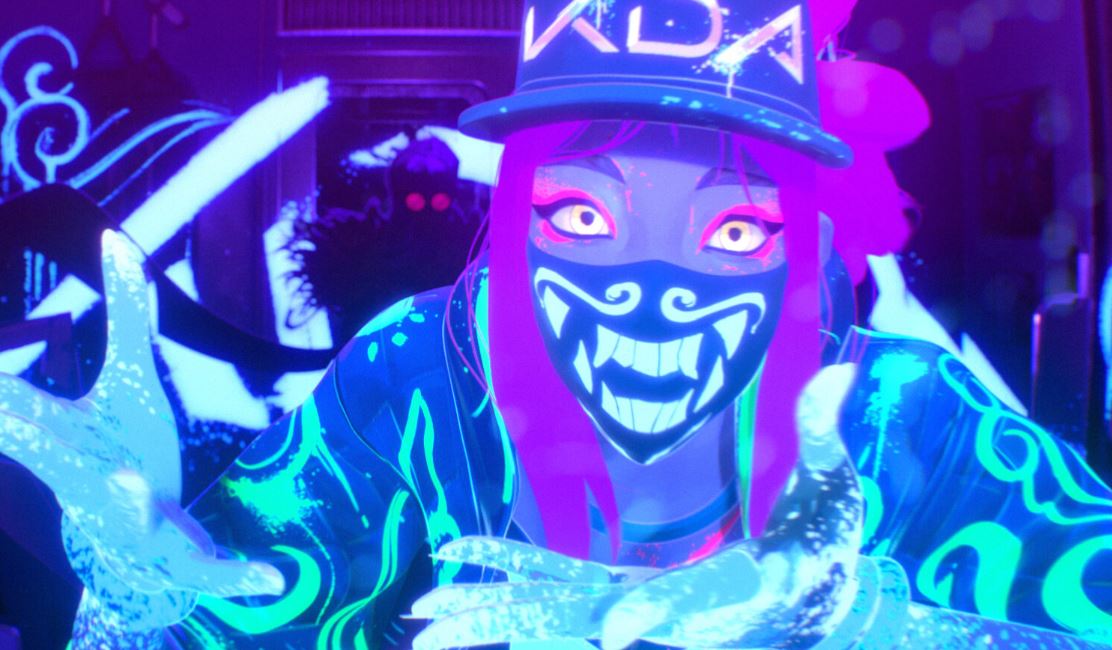 Cho “Miyeon” Mi-yeon and Jeon “Soyeon” So-yeon, two of the artists from (G)I-DLE who put their vocal talents to use in the recent League of Legends song “POP/STARS” by virtual K-pop group K/DA, did more than just sing and rap.

In a behind-the-scenes look at the “POP/STARS” music video, the duo were pictured in full motion capture gear, each dancing as one of the four characters in the group.

Miyeon and Soyeon weren’t the only members behind the hit single, however. American pop artist Madison Beer also helped to create the song alongside the (G)I-DLE members.

It’s possible that some of the moves recorded via motion capture were used during the live performance at the League World Championship finals over the weekend, where Akali, Kai’sa, Evelynn, and Ahri put on an augmented reality pop concert for the thousands attending the show.

Since the virtual group’s debut, K/DA has grown in popularity, with tons of fan art, their own lore and pages over on Riot’s universe page, and their own artist page on Spotify.

Not bad for a band that has only released a single track so far.