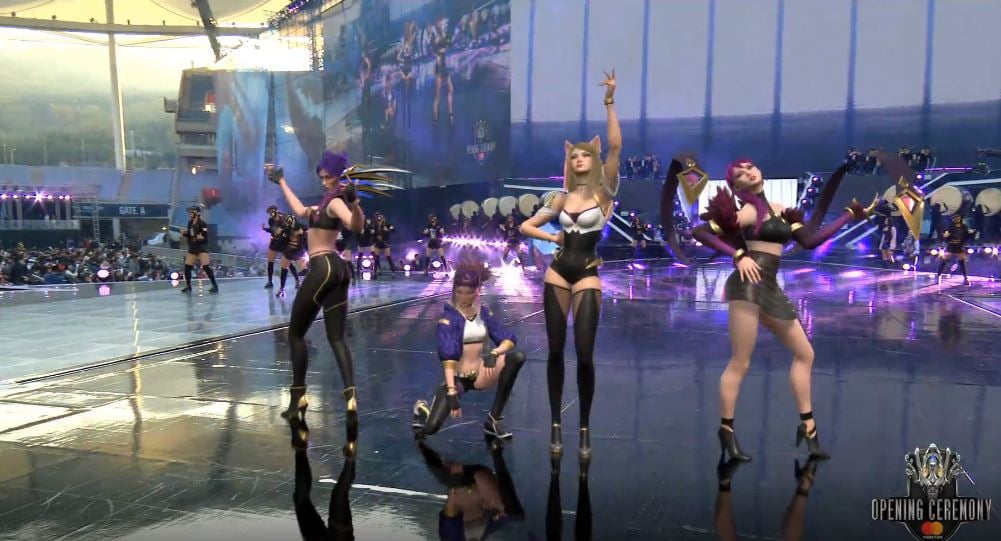 The 2018 League of Legends World Championship finals were the talk of the town all throughout the competitive community today. But there was one brand, shiny new thing that Riot showed off during the opening ceremony that can’t be ignored.

It was a small K-Pop concert featuring artists Cho “Miyeon” Mi-yeon and Jeon “Soyeon” So-yeon of the group (G)I-DLE and American pop artist Madison Beer. Perhaps the most exciting part of the concert, however, were the augmented-reality Kai’Sa, Ahri, Akali, and Evelynn dancing and singing on-stage alongside them. Not only that, but Riot released a music video to celebrate the new song and the Worlds performance.

Last year’s Worlds set the stage for augmented reality when Riot brought a gigantic virtual Elder Dragon onto the stage during a performance of Legends Never Die. With the expectation that there would be some sort of augmented reality this year, K/DA’s debut (and probably only) stage performance was very impressive, to say the least.

Sure, it was infused with more American pop that most K-Pop hits, but it definitely worked. It still maintained the most important aspects of K-Pop, too, including a dance hook and a rap guest verse. If you’re a fan of K-Pop and League, you shouldn’t be disappointed.

You should also be excited, though, because this performance marked the release of the K/DA skins in the game’s client, including a bundle for Ahri, Evelynn, Kai’Sa, and Akali in one purchase.