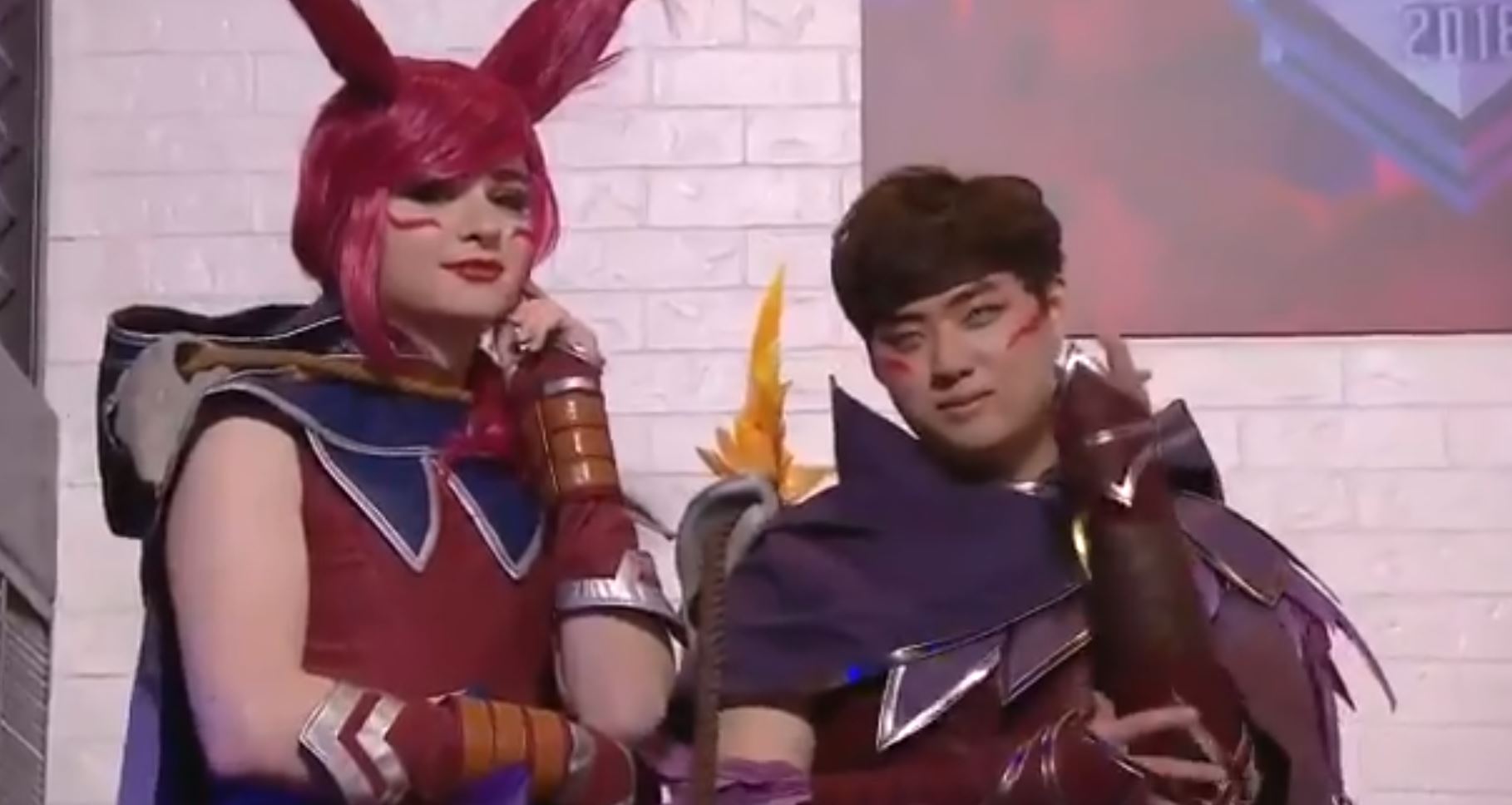 Sure, League of Legends fans have plenty of reasons to be excited about this year’s All-Stars. There’s tons of pros, goofy games, streamers, and even charity competitions.

But there’s one very special thing that fans have been even more hyped for since it was confirmed at the end of October—former SK Telecom T1 bot laner Bae “Bang” Jun-sik would be joining Zachary “Sneaky” Scuderi for a joint cosplay. Well, guess what? Today, it happened, and it was fantastic.

Bang promised that he’d team up with Sneaky for a passion project like this when the two were locked in to head to Las Vegas to represent their respective regions at All-Stars. Many fans made the assumption that they’d go as Xayah and Rakan, two champions in League that are romantically involved and even gain buffs when near one another. That was Bang’s original promise, anyway, but what we got was somehow even better. They both went as Xayah.

Sneaky has made a reputation for himself as being the NA LCS’ most well-known cosplayer. And when we say “the NA LCS’ cosplayer” we don’t mean that he cosplays at the LCS arena. We specifically mean that he’s the most well-known player in the LCS who also cosplays, and he’s really, really good at it. His latest was a combo cosplay as Bowsette and Boosette.

The 2018 All-Star event has been much more entertaining and lighthearted than last year’s, which came under fire from the community for being too serious so close to the World Championship. If you want to hop in on the action, don’t worry, it isn’t over yet. The event continues through this Saturday.