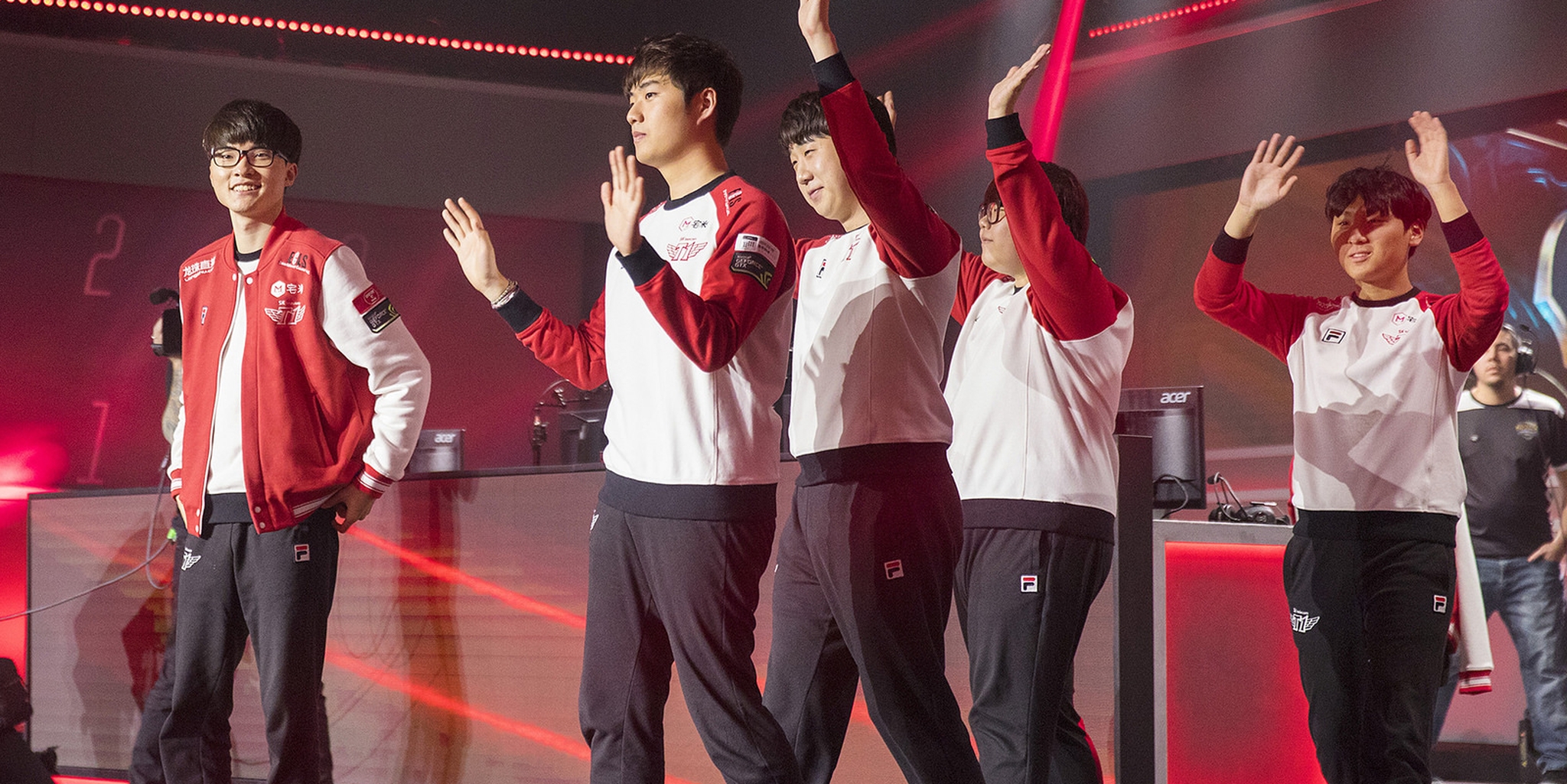 SK Telecom T1 put in a textbook performance to wear down a punchy Royal Never Give Up, taking a 3-1 win in Friday’s quarterfinals series. Even though RNG boasts some of the most talented individual players in the world, ultimately SKT T1’s immaculate macro play won the day.

It wasn’t completely smooth sailing for the defending champions, however, as RNG took the opening game of the series with an extremely disciplined early game. They picked up several kills and turrets to build a 4k gold lead, and it was 27 minutes into the game before SKT T1 found a kill.

Even with the early lead, it took RNG more than 46 minutes to secure the Nexus. SKT T1 nearly crawled back into the game, and they might have won if it wasn’t for a number of puzzling mistakes by SKT T1 top laner Hoseong “Duke” Lee, who gave up several solo kills and consistently misused his teleports.

What a way to start the game: Looper solo-kills Duke for First Blood! #Worlds https://t.co/HB5NkyNrAr

The rest of the series was all SKT T1. They picked up first blood just a few minutes into game two and never looked back.

First Blood for Blank and another kill for Bang! #Worlds https://t.co/ecrr9SYrP2

As always, SKT T1’s success started and finished with legendary mid laner Sanghyeok ” Faker” Lee, who over the course of this tournament has dispelled any doubt that he is still the best player in the world. Faker was 16/6/17 in SKT T1’s three wins.

“Game one my hands were still cold, and I don’t think I warmed completely,” Faker said in a post-game interview on Riot’s broadcast.

SKT T1 are the second team to advance to the semifinals after Samsung Galaxy, another team from Korea, swept North America’s Cloud9 last night.

Korea goes for the trifecta Saturday when the region’s top seed, ROX Tigers, face China’s EDward Gaming. Europe’s H2K takes on the surprising and entertaining wildcard Albus NoX Luna on Sunday to wrap up the quarterfinals before the tournament heads to New York City for the semifinals next weekend.