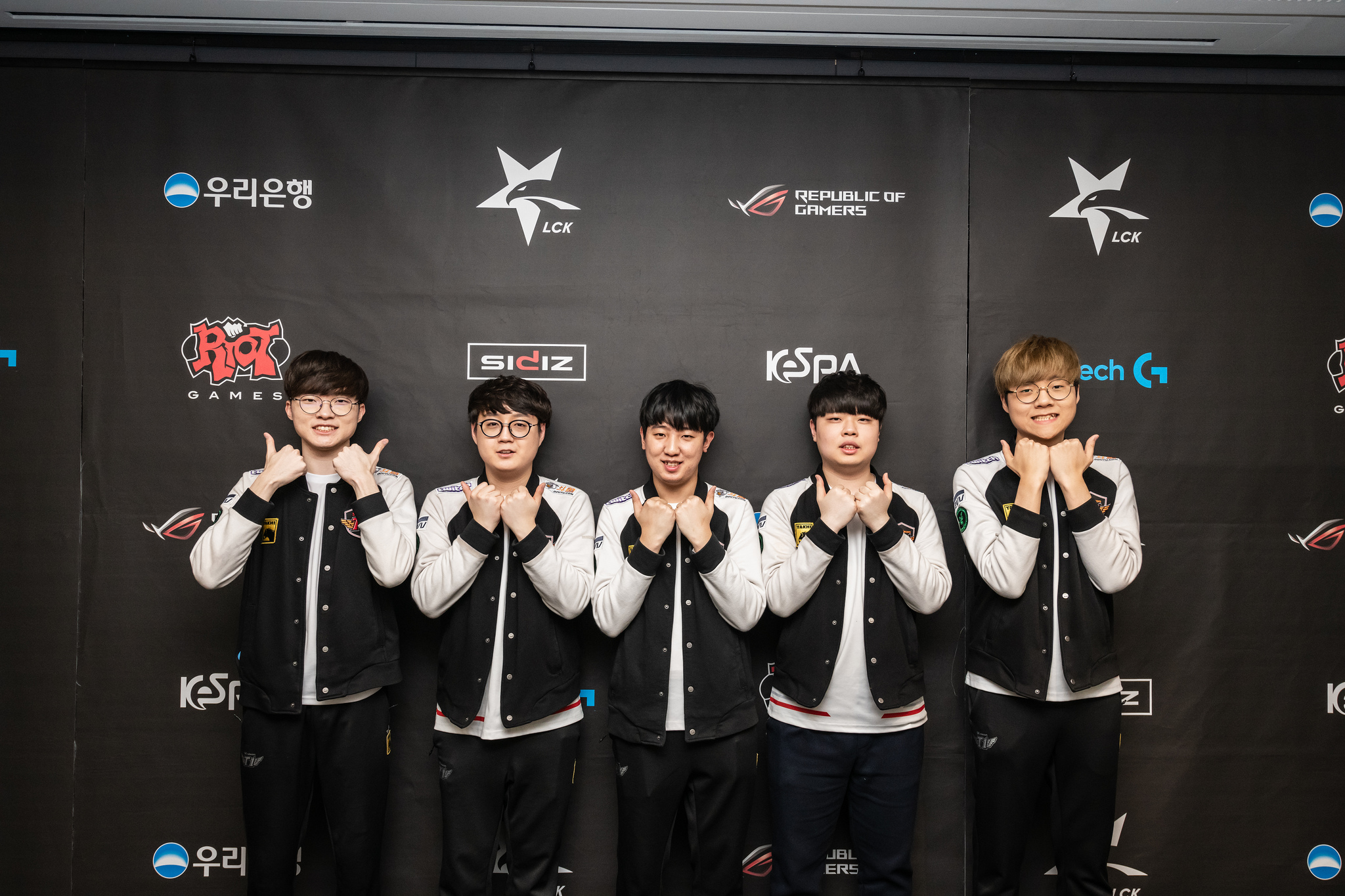 The biggest LCK story of the last year has been the rise of three Challenger teams: Griffin, Damwon Gaming, and Sandbox Gaming. It started with Griffins’ unprecedented winning streak in last year’s Summer Split. This split, the three teams finished with the three highest seeds going into the playoffs.

But before we can crown those youngsters as the next generation, we have to see them win in the playoffs against veteran teams. And that’s where they’ve fallen short. Last summer, it was kt Rolster ending Griffin’s title hopes in the final. This year, it’s been a resurgent SKT team taking over when it counts.

After beating Griffin 3-0 in the Spring Split finals, SKT are on the warpath again. They just swept Sandbox in the summer quarterfinals to set up a semifinal with Damwon. A potential finals rematch with Griffin looms in the distance.

But the next time, Faker brought more friends and an incredible Ekko ult into the grouped Sandbox team blew the game wide open. From there, Faker and star bot laner Park “Teddy” Jin-seong took over the series.

Faker started with that surprise Ekko, a champion we haven’t seen in a while. In game two, he pulled out Kassadin to counter Dove’s Azir, and in game three, he dominated on the oh-so-deadly Akali. He controlled his lane with skill and precision—it was a vintage Faker performance.

Teddy was a monster as well. He shut down the enemy Draven with Xayah in game one, and when Sandbox foolishly let him have her again, he ran over game two. They finally took her away in game three, but forgot to ban Kai’Sa, and Teddy once again dominated. By that point, Sandbox’s mentality was crushed. SKT ended the last game in just under 26 minutes.

The playoffs require a different level of intensity and focus from the regular season. SKT have been here many times before and it shows. Griffin, Damwon, and Sandbox haven’t, and they have yet to match that level.

Damwon will get the next crack at the SKT juggernaut when they play on Aug. 25 at 3am CT.