Selfie returns to the H2k lineup and immediately locks in Fizz

After spending a couple weeks recovering from illness, Selfie is ready to go with the fishy assassin. 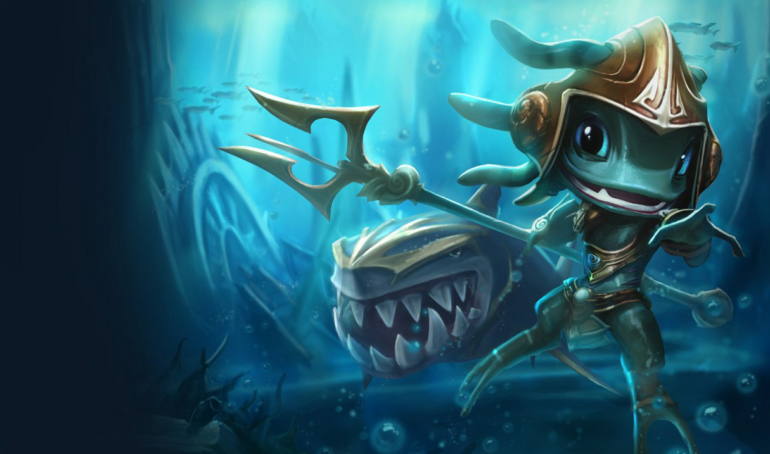 Misfits, once the best team in the EU LCS, have been on a losing streak lately. But despite their recent issues, they still were a huge favorite against an H2k team who were missing several key players in recent weeks.

H2k did get one of those missing players back: mid laner Marcin “Selfie” Wolski is starting again after missing a couple weeks due to an illness. That had to be hard on him, since he’s H2k’s best player. But it also apparently gave him time to figure out a wonky champion pick to bring out against Misfits, because he just locked in Fizz.

Fizz has seen a few games in competitive play this year, mostly from LCK mid laner Lee “kurO” Seo-haeng, who’s made a career out of crazy pocket picks. Assassins overall have not been popular choices in mid lane for over a year. And AP assassins like Fizz struggle even more because they can be shut down by mages. Selfie has a game on Talon, an AD assassin, but he’s more of mage player. Still, it made sense to innovate against Misfits—the team can sometimes withdraw into a defensive shell against champion picks they’re not expecting. That’s why they lost to Fnatic’s mid lane Wukong a few weeks ago.

Selfie and H2k had a decent early game, largely because of jungle pressure around the solo lanes. The team took turret after turret, but couldn’t snowball the gold lead out of reach. And Selfie couldn’t quite reach Misfits’ back line for assassination attempts.

Then, when they tried for an early Baron, everything went to hell. Misfits jungler Nubar “Maxlore” Sarafian smited early but still managed to steal the objective, and the rest of Misfits collapsed to win the fight and seal the game.

The Fizz pick didn’t quite work out from H2k, but this was still a closer game than many would have expected. With some nice buffs on the way, the Tidal Trickster could see more play on the pro stage soon.