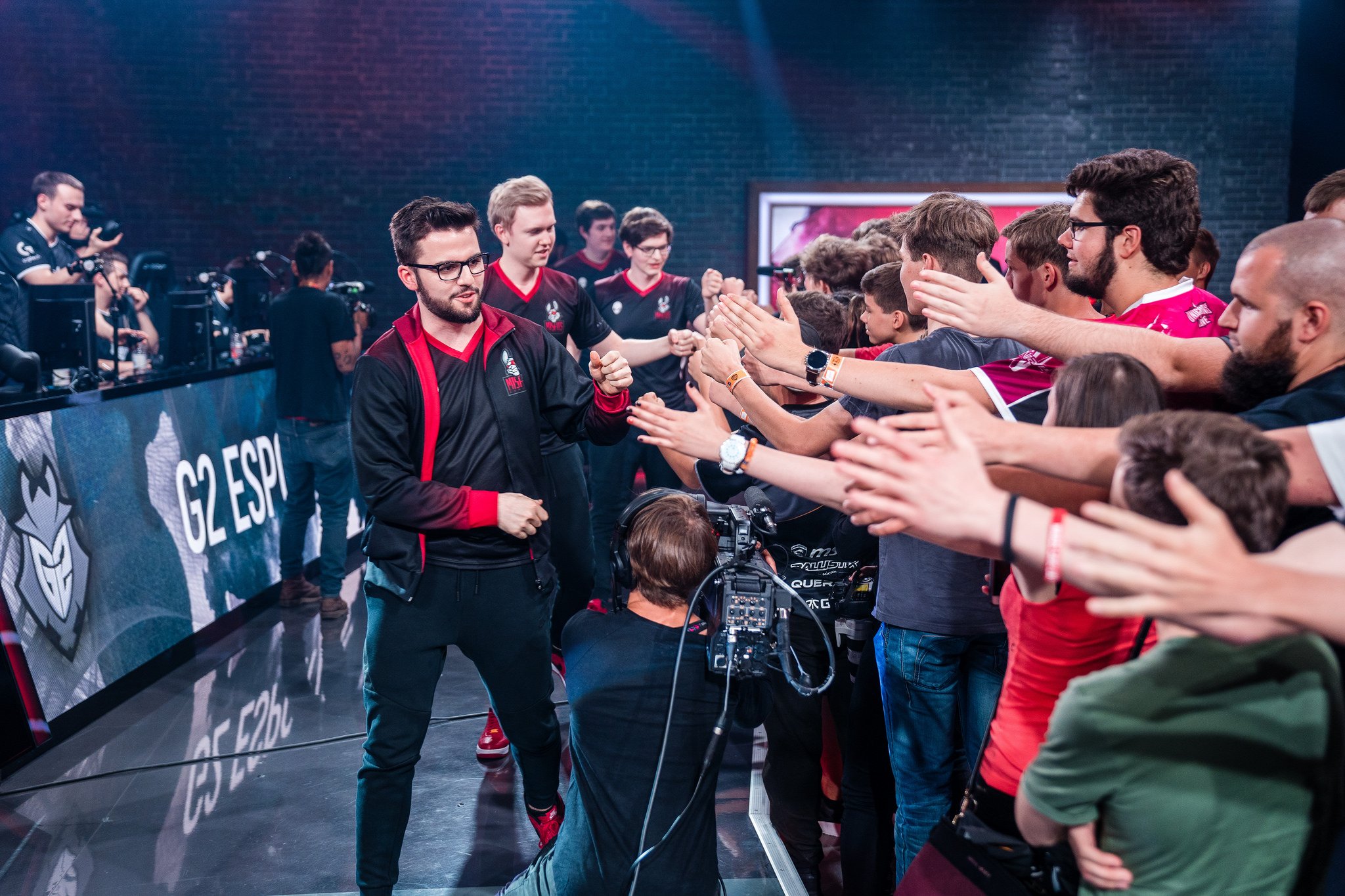 Every year at Worlds, it seems that an EU LCS team captures the hearts of Western League of Legends fans. In 2015, it was Fnatic and Origen and their brazen runs to the semifinals. The next year, H2k picked up the mantle.

Last year, it was Misfits who improbably survived the group stage at Worlds. But then they were thrown into a quarterfinals match against SK Telecom T1, the best team to ever play the game. Over five grueling games, Misfits not only defied expectations they played what was perhaps the greatest series ever seen from a Western team.

Now, after a rough Spring Split, Misfits are back on top of the EU LCS. So how did they do it? Well, first they had to replace what they had lost between seasons.

After Misfits returned from China last year, they were supposed to build on their Worlds triumph and win the EU LCS for the first time. But that didn’t happen. In fact, they didn’t even make the playoffs last split.

After losing mid laner Tristan “PowerOfEvil” Schrage and support Lee “IgNar” Dong-geun over the offseason, Misfits looked disjointed. Star players like Barney “Alphari” Morris and Steven “Hans Sama” Liv played out of their minds, but it wasn’t enough to carry the team.

One of the key weaknesses was new mid laner Chres “Sencux” Laursen. Sencux has long been memed in EU because of his poor lane phase, despite his complaints that the description is unfair. He had the worst laning stats in the region last split by a wide margin.

He’s been a totally different player this split. Not only have his laning stats improved, the team is trusting him with draft priority and telling him to carry. In the team’s victory over Splyce in Week Two, Misfits first-picked Irelia for him, daring Splyce to counter. They did, coming back with a mid lane Camille, but it didn’t matter. Sencux dominated the matchup and became a one-man wrecking crew.

That dominance wasn’t just because Misfits gave him the pick. They relied on his Irelia to diffuse Splyce’s comp, which was built around a bot lane Heimerdinger. One of the big weaknesses of Heimerdinger comps is enemies who can move around the map and split push, and Sencux tore Splyce apart with his pressure.

Sencux has gone from afterthought to a contender for the “Player of the Game” award that’s handed out after victories And he’s not the only one who has improved this summer.

The other new player that’s been a revelation this split is support Mihael “Mikyx” Mehle. Misfits really turned up the heat last summer when IgNar started focusing on engage supports, and the formula is working for Mikyx.

Mikyx is a fantastic tank player, but his play was found wanting last split. Now, he has made getting picks look easy. This last week may have been his best yet: first he blew G2’s well-organized battle lines to smithereens with his Rakan engages. He then found pick after pick in a close match with Vitality on Pyke.

There are still ways he can be better. His synergy with Hans Sama should continue to improve. That would be scary for a team already playing so well.

Misfits faced a lot of doubts after the Spring Split. Instead of panicking, they improved at key positions while focusing on their strengths as a team. Last summer they were one of the best at cross-map plays, understanding how to win games even when not all their lanes were winning.

They’ve gotten back to that this split under the in-game direction of jungler Nubar “Maxlore” Sarafian. They even show understanding of what their enemies want to do—a concept too advanced for many teams that don’t even know what they want to do themselves.

Their last win over G2 was a turning point for the whole league. Not only was it a battle of unbeaten teams, it was one of the best-played games we’ve seen in the LCS—EU or NA—in quite some time. Misfits didn’t win on some flashy outplay or crazy fight. They stayed disciplined and waited for G2 to over-commit. Then they pounced with all five members.

With Maxlore directing their map plays and the rest of the team playing well, Alphari and Hans Sama have popped off. Alphari is winning bad matchups with little help, while Hans Sama has received help and is absolutely mowing people down in teamfights. This isn’t just a comeback from Misfits, this is the best we’ve seen them play.