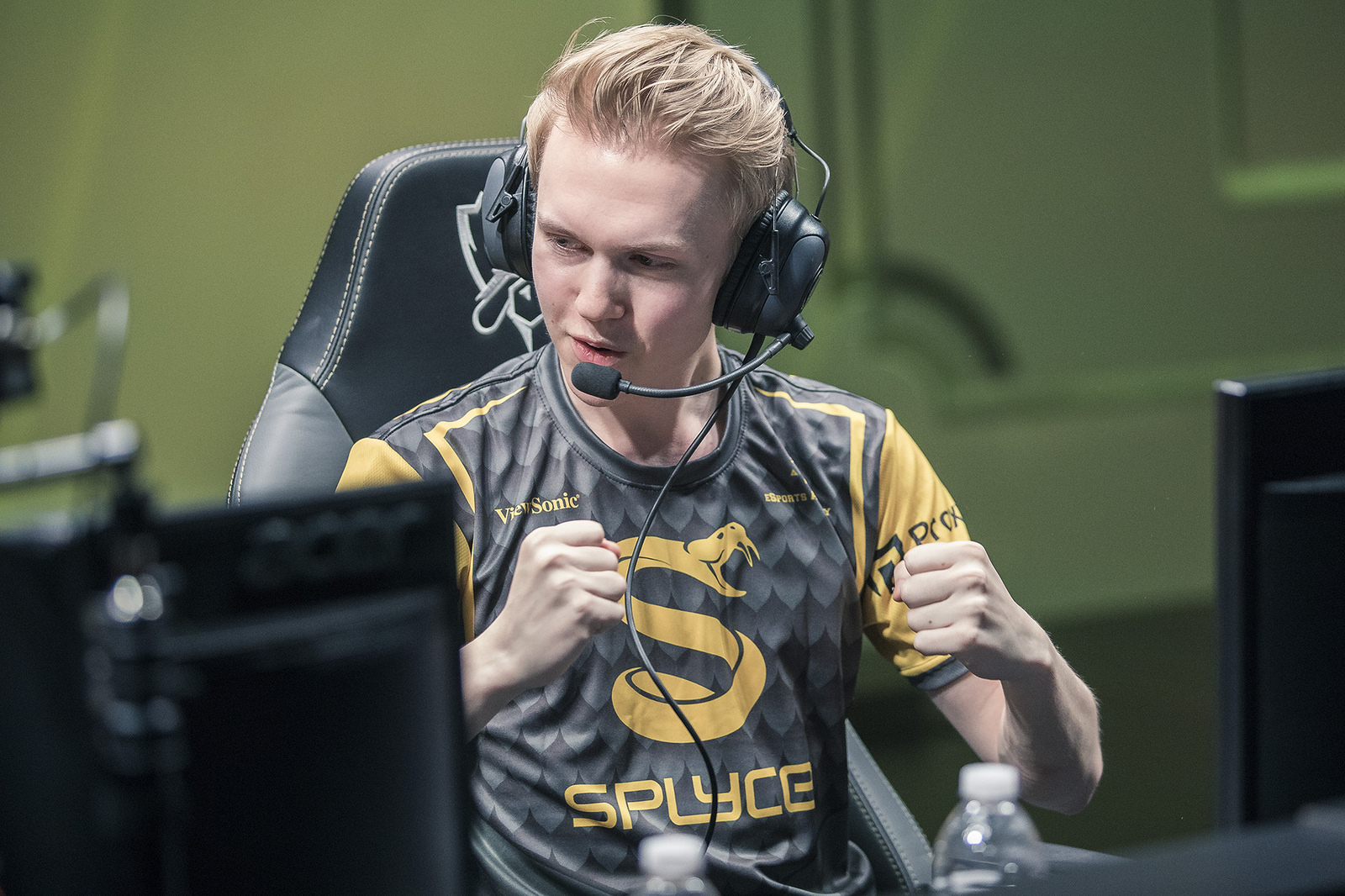 Splyce were one of the more surprising stories in the EU LCS last summer.

They went from the promotion tournament at the end of spring all the way to Worlds. And they did it all with mid laner Chres “Sencux” Laursen playing in just his second professional split. He played like a seasoned veteran, using constant pressure to help the team patiently set up its distinctive split push.

We spoke with Sencux to get his feelings on the team this year and his goals for improvement.

Another star from Denmark

Sencux grew up playing traditional sports, but when his friends started playing League, he was hooked. “Season 2, me and my friends [sic] took it kind of serious,” he explained. “It was a bit of a competition of who could get higher elo.”

Sencux won that competition, and since then, he has become one of Europe’s bright stars, another player in a long tradition of star Danish mid laners. “I guess we have no life and sit inside and play,” he said, explaining the success of the Danes.

In reality, the team really isn’t about speaking Danish. “We don’t speak Danish while we play,” he explained. “So it’s not a problem or a benefit having four-and-a-half Danes.” What is clear is that, perhaps because of that shared nationality, Splyce is one of the most tight-knit groups in Europe.

Not many people expected Sencux and Splyce to make Worlds in his rookie year. “Even at the end of spring, we were doing better in terms of macro,” he said. “Everybody was just really motivated. While we were home in that break between spring and summer everybody made a huge improvement.”

The summer meta favored their 1-3-1 split push style perfectly, especially after the patch that eliminated lane swaps. “The meta was rather slow,” Sencux remembered. “We could almost all the time draft for 1-3-1.”

Splyce was placed into the Group of Death at Worlds with TSM, Samsung Galaxy, and Royal Never Give Up. The young Danish team was supposed to have a good bootcamp, absorb everything and go back to Europe even better, ready to dominate. “Going to Korea and practice was really good,” Sencux said. “I really want to go back there.”

Instead, the 2017 Spring Split was a slog. “Personally it was a really frustrating split,” Sencux remembered. “We at one point did so well in practice and I did way better, but just didn’t really happen on stage which was really frustrating.” The raised expectations caused a lot of pressure, even for a team as close as Splyce. “Honestly it was hard to keep positive,” Sencux admitted. “Towards the end we at least did better but then we threw the series against Misfits, it all came back.”

But just like last year, summer has been better. They’ve already won a series over the Unicorns of Love, and have a crucial test against G2 this week. Some may attribute that improvement to new coach Fayan “Gevous” Pertijs who replaced Jakob “YamatoCannon” Mebdi. Sencux acknowledged that, while Gevous lacks YamatoCannon’s experience as a pro player, he “goes a bit more into some stuff that we didn’t touch before.”

On some levels, this is still very much the same team. “In terms of the level we are playing at, I don’t think it’s the biggest difference from last split,” he maintained. “We won against UOL, but even last split, the two series we had against them weren’t one sided. Especially the second series of the split we should have won.”

But the win over UOL also showed some of Splyce’s new tricks. Like usual, the team has a heavy focus on strong lanes, with the second-best lane control in EU, per Oracle’s Elixir. But now, Sencux is participating more and more. Historically known as a poor laner, his lane stats have really jumped this split. He won lane in all three games against UOL with not much jungle attention and with a variety of champions.

In the past, Splyce would just live with his weakness in lane, but now, Sencux wants more.

“[I’m] playing with more confidence,” Sencux said. “Usually when I play on stage especially I would play too far back. I also played a lot of scaling champs that weren’t that good in lane like Malzahar and Kassadin [which] don’t really help on the stat line.” Against UOL though, Sencux even won lane on the scaling Kassadin, showing that it’s a change in his mentality that has helped Sencux improve.

With that improvement, Splyce is hoping to solidify its claim as a top European team, one that can make noise at Worlds this time. As for Sencux personally, the goal is to fulfill his destiny as the next Danish mid lane star. “[I] would like to be one of the best mid laners in Europe,” he expressed. “No more ’10 cs down at 10 minutes’ memes.”