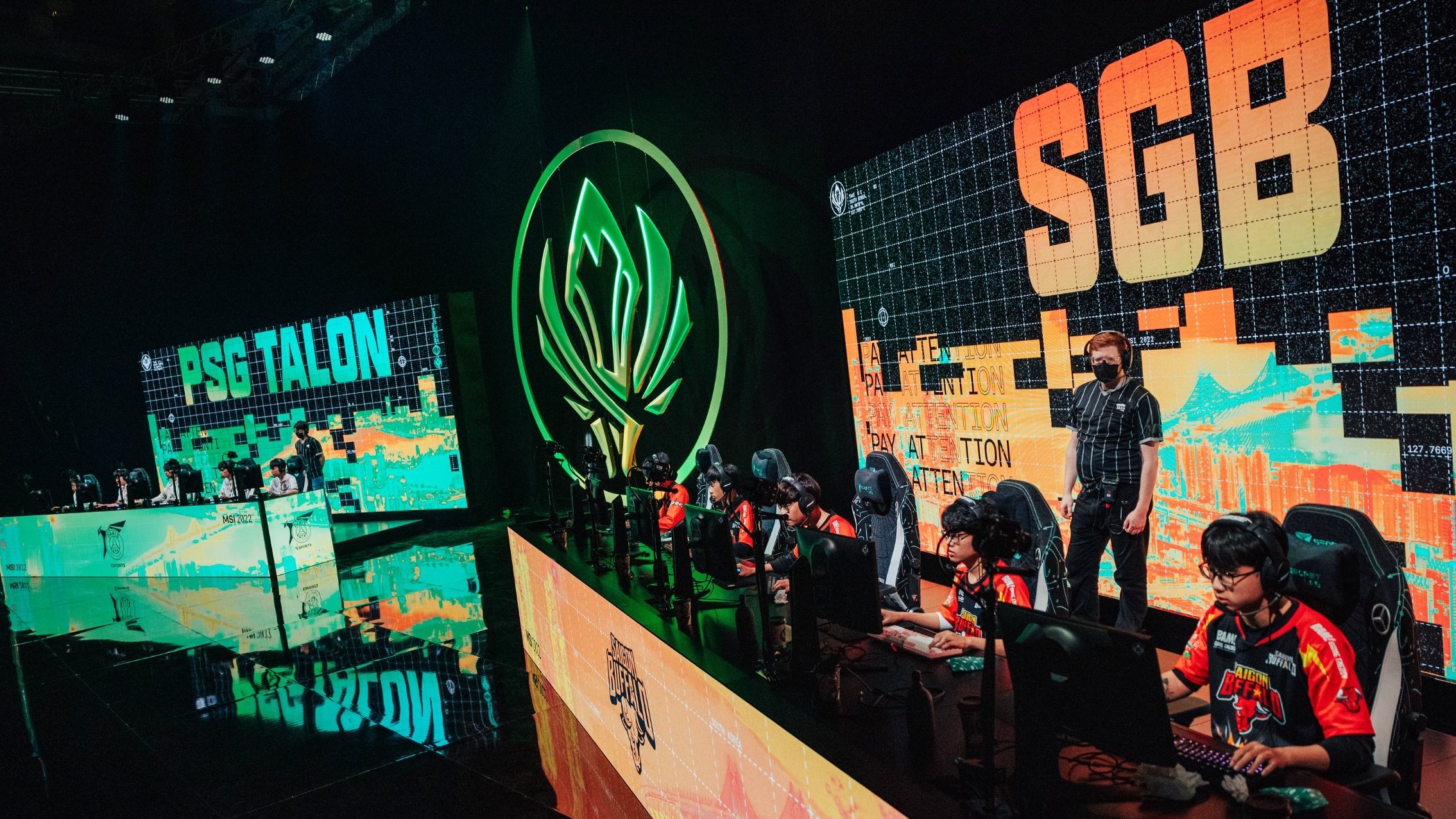 Just a few hours after Saigon Buffalo were eliminated from knockout stage contention at the 2022 Mid-Season Invitational, the team picked up their first win of the stage over PSG Talon, effectively making the race between the tournament’s remaining teams that much tighter.

Earlier in the day, Saigon nearly picked up their first win of the rumble stage over tournament favorites Royal Never Give Up. Their efforts were thwarted, however, in the final minutes of that game, as their lead was thrown to the wind after a late-game teamfight slipped through their fingers. In this contest against PSG, though, Saigon sealed their lead through stellar objective control and much sharper teamfighting.

Additionally, Saigon drafted three relatively unique champions in Camille, Trundle, and Shen during this game—each of whom have pick rates below the 10 percent threshold at MSI 2022, according to League stats site Games of Legends.

Coming into the game, PSG had won two of their previous three games as they crept closer to the top four. Saigon, on the other hand, had yet to win a game during the rumble stage. In one of MSI’s most consequential upsets, the Buffalo knocked PSG down in the standings, placing them one game behind G2 Esports for a share of fourth place. With just two games left for each team tomorrow, PSG are currently on the outside looking in—partly as a result of this most recent loss to Saigon.

As an aside, this win by Saigon helped RNG clinch their place in the knockout stage of MSI. The Chinese representatives cannot mathematically fall out of the top four.

Saigon Buffalo will return to the MSI stage to play spoiler one final time against G2 Esports and T1. PSG will wrap up their schedule with games against Evil Geniuses and RNG—two teams they lost two in the first round-robin of the rumble stage.