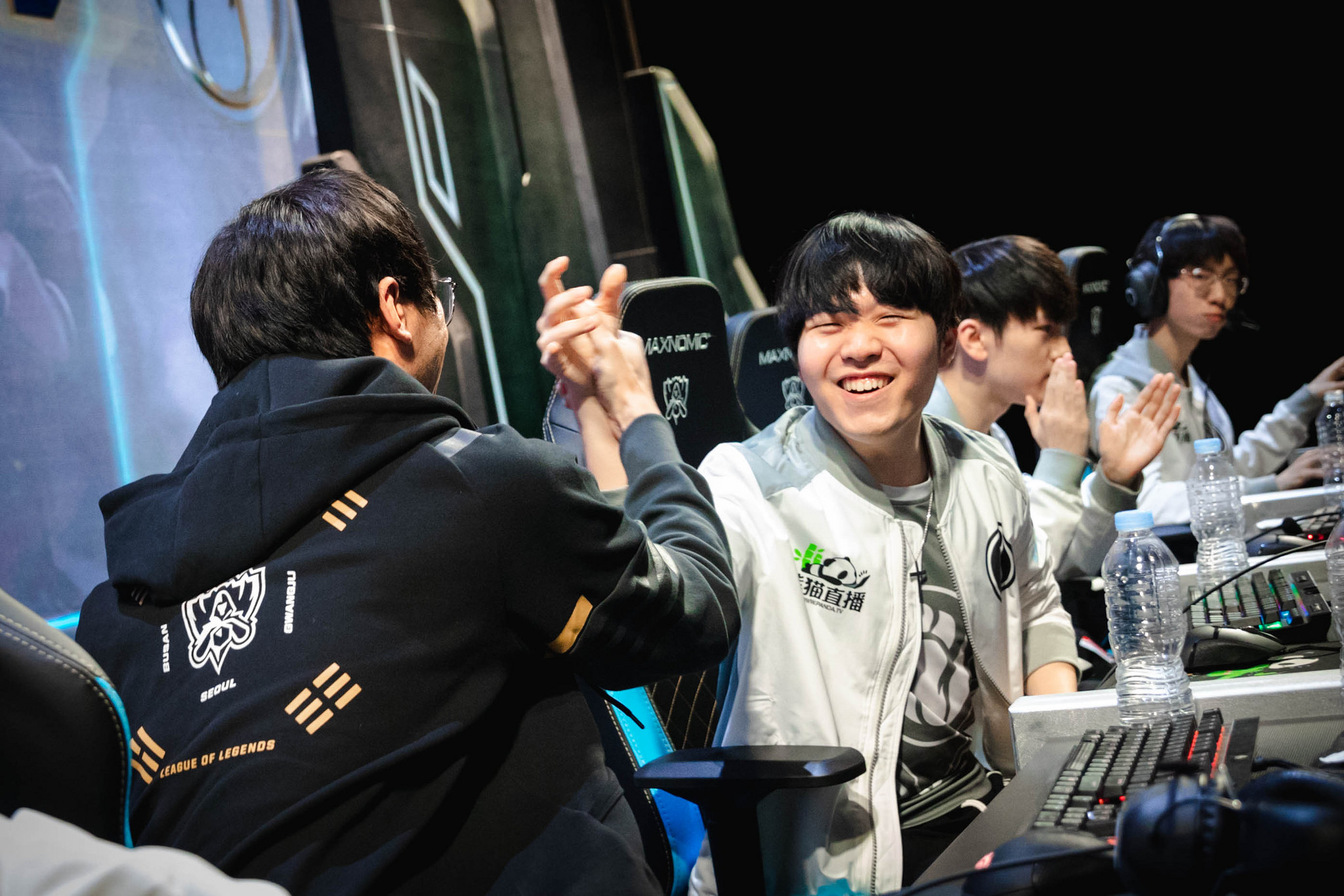 The League of Legends community was thrown into chaos last weekend when KT Rolster and Royal Never Give Up were knocked out at Worlds. They were supposed to be the favorites, instead, Invictus Gaming and G2 Esports came through with big upsets to reach the semifinals.

But the miracle run for one of these teams will end tonight when they meet in the semifinals. Invictus has a chance to salvage Worlds for the LPL region and prove that Asia is still the best at League. But if G2 win the day, they’ll set up an all-LCS final to guarantee us a champion from the West.

So who will come out victorious? We broke down three keys to the matchup for both teams to find out.

Wunder vs. the world

When G2 signed top laner Martin “Wunder” Hansen last offseason, it was a massive shift for the team. Before then, G2 had always played through mid and bot lane strength. This year, they’ve prioritized top lane to an almost comical degree. But it’s worked—Wunder has been their best player at Worlds, carrying them through some iffy moments in the play-in and group stages.

But he’ll have a unique task against IG that he hasn’t had to prepare for yet: IG have not one, but two elite top laners with their own champion pools and playstyles. Lee “Duke” Ho-jong was a Korean MVP a few seasons back, and Kang “TheShy” Seung-lok is the best top laner in the LPL right now. It’s really Wunder vs. the world.

It’s going to be an uphill battle for the Dane. His performances have been heroic, but he hasn’t faced talent like the Invictus duo. TheShy absolutely dismantled KT superstar Song “Smeb” Kyung-ho last week, and it wasn’t like Smeb was playing particularly bad. Wunder will need the constant jungle help he’s received this tournament, and in that area, G2 have an advantage. If jungler Marcin “Jankos” Jankowski’s strong play from last week continues, it might be enough to help Wunder even the odds.

Bot lane for both of these teams is very nearly the opposite of top. It’s like a box of chocolates: You never know what you’re going to get. In some games, G2 bot laner Petter “Hjarnan” Freyschuss will pop off unexpectedly on a champion he struggles on, like Varus. In others he’ll get bodied on the likes of Jhin, one of his better champions.

IG’s duo lane is the same. When bot laner Yu “JackeyLove” Wen-bo flashed in to blow up KT’s bot lane in the deciding fifth game, you could almost feel the palpable tension in the air. Was this another moment when JackeyLove would suicide and throw the game? The answer was no—he survived the engage and IG won the game with that fight. The move was either a moment of sheer brilliance or a total coin flip.

What we expect from the bot lanes is consistent, safe carries that don’t lose lane. G2 would like Hjarnan to be a little self-sufficient so the support can roam. IG are fine keeping the duo together and pressuring a bit harder. Whichever duo does their job more consistently will have a big upper hand in late game teamfights.

Of course, that assumes that both teams are still in fighting shape in the late game. The players who are responsible for getting their teams there are the very players who really turned the tide in each team’s quarterfinals upset: the mid laners.

G2 mid laner Luka “Perkz” Perkovic had been having a pretty ordinary Worlds up until the quarters. After years of Worlds disappointments, it looked like Perkz was shrinking once again. But he busted out of his shell to command the mid lane vs. RNG and gave his team free run of the map. The best mid laner won. Sometimes it’s just that simple.

The formula is even more simple for IG. Song “Rookie” Eui-jin is the best mid laner in the world, and it’s not remotely close. He might straight up be the best player alive. Perkz didn’t have to face a top-tier mid in his run to the semifinals. Rookie had to go through Fnatic star Rasmus “Caps” Winther in the group stage and then KT’s sensational rookie Son “Ucal” Woo-hyeon in the quarters.

We called Caps one of the best mid laners in the World before the tournament, but he was absolutely smashed by Rookie. In Fnatic’s next series against EDG, Caps still looked like he was hearing Rookie’s footsteps—he simply wasn’t the same player that we’ve seen lately and the rest of the team bailed him out. Rookie then set his sights on Ucal, destroying another amazing Korean talent.

Perkz will have to summon something extraordinary to defeat Rookie and hold his lane. It’s definitely not impossible—G2 just beat RNG, and IG are extremely inconsistent outside their solo lanes. But we’re certainly hoping for a battle of the titans in the mid lane. And judging by the path of destruction he’s left in his wake at Worlds, we just can’t bet against Rookie.