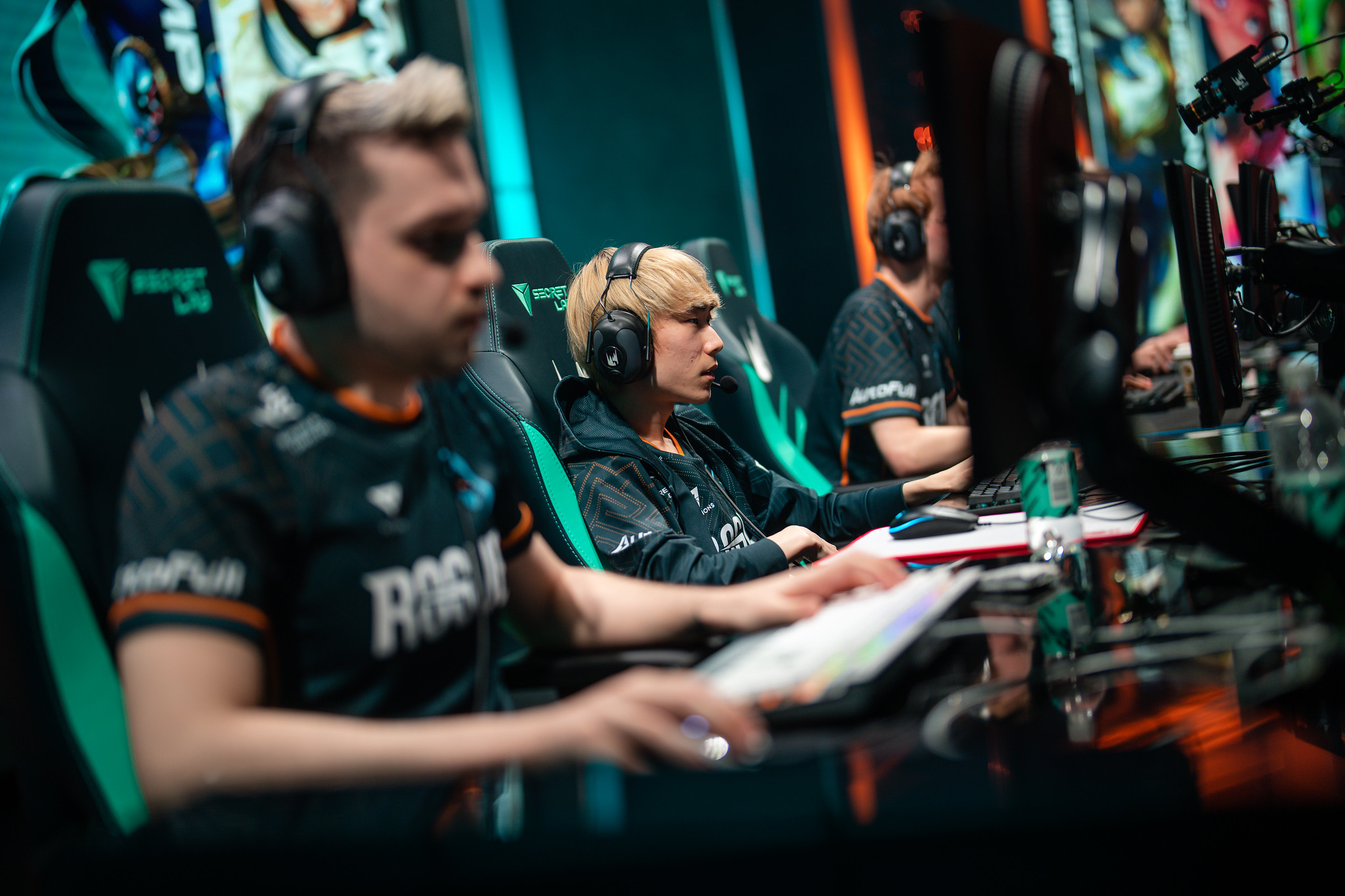 All Rogue needed was a little spark to get them through the first day of the 2022 LEC Spring Split playoffs—with a touch of top lane supremacy on the side.

Rogue walked away from their first playoff series of the year today with a 3-1 win over Misfits Gaming, emphasizing the synergy between Odoamne and Malrang to take over and win games from the top side down. This victory allows them to continue their trek through the upper bracket as the LEC’s No. 1 seed, while Misfits will have to try to continue their playoff journey through the lower bracket.

Odoamne and Malrang sought to make an immediate impact as this League of Legends series began, locking in a Rumble/Jarvan IV combination that rendered all answers from Misfits futile. This ultimately allowed Larssen, who opted for a mid lane Lucian pick, to scale tremendously into the late game, ending the first game 12/1/6 and taking that momentum straight into the second game.

With so much trust in Comp and Trymbi’s synergy in the bot lane, Malrang continued to look toward keeping Odoamne ahead, thus keeping strong control over the top side of the map and all of its objectives. This top-side pressure forced Misfits to locate an answer in game three or be forced to fight their way through the lower bracket.

Thanks to newfound attention from Shlatan, who struggled to match Malrang in games one and two, Vetheo was able to prove why he is the only member of Misfits to be part of the LEC All-Pro team while becoming the biggest threat for Rogue to overcome. Against an AP Kai’Sa mid, Vetheo’s LeBlanc completely dominated the mid lane matchup, then teaming with Shlatan to become a diving duo that Rogue could not stop.

Misfits opted for a completely different look in game four after the champions that allotted them a win were placed on the sidelines. Between Kennen and Akali, it appeared that Misfits chose comfort over meta but struggled immensely to overcome yet another dominant Rogue early game.

Charging his way into the enemy base, Comp piloted a Yuumi-empowered Zeri just out of range of the entire Misfits squad and ensured that Rogue would continue their playoff run through the upper bracket. This win marks the second consecutive time that Rogue have knocked Misfits into the lower bracket of a postseason on the first day, previously having done so in last year’s Summer Split playoffs.

This version of Misfits looked vastly different from the team that ended the regular season as the third seed. Although they took advantage of Rogue’s strange draft in game three, Misfits seemed to be completely defeated after losing to Rogue’s top-focused pressure two games in a row, appearing disorganized when trying for final attempts at gaining control of the games. Misfits will now have to re-evaluate their approach to strategies going awry in the lower bracket.

Rogue move on in the upper bracket, appearing to have regained their footing after an unstable end to the regular season and recognizing that their early-game pressure can lead to massive snowballs for any and all of their carries. They’ll face the winner of Fnatic and G2 Esports, who are set to battle tomorrow.