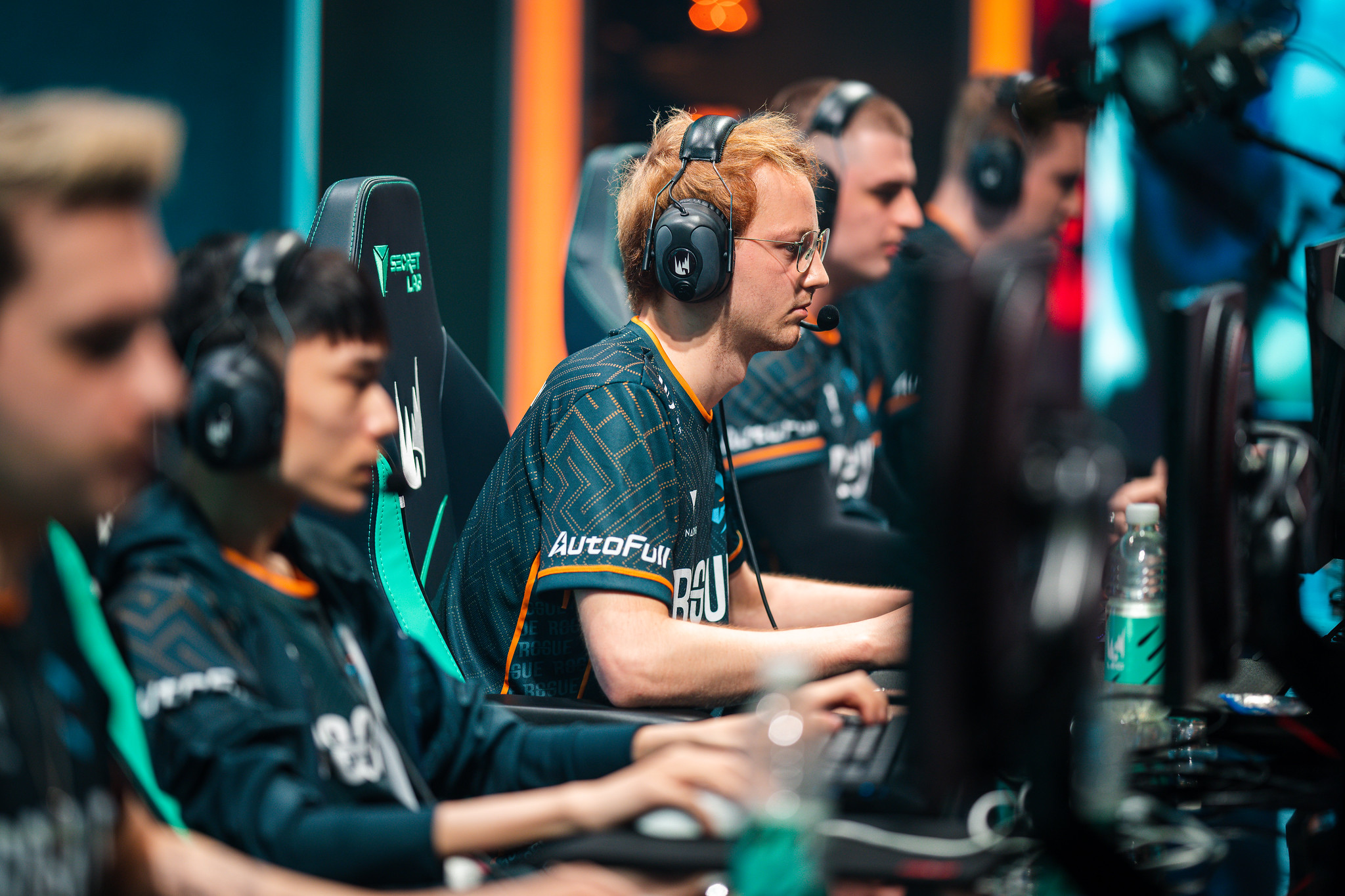 On just the first day of the 2022 LEC Summer Split playoffs, teams have shown that they are willing to go as far as it takes to continue their run and possibly qualify for the League of Legends World Championship.

Rogue have joined G2 Esports in being the second European team of four to qualify for Worlds after defeating MAD Lions 3-2 today in the first series of the playoffs. Each game of this series between the second and third seeds remained close for nearly their entire durations, coming down to final teamfights that determined their outcomes.

Both teams entered game one of the series with more standard compositions, keeping with the current meta rather than working against it. The gold between the teams remained relatively even until a fight for the Rift Herald, where an abundance of crowd control from MAD’s champions established their momentum for the remainder of the game—placing great emphasis on the damage of the mobility of their carries, UNFORGIVEN and the 2022 LEC Summer Split MVP, Nisqy.

Rogue’s game plan shifted immensely in game two as the team focused heavily on making plays as early as they could. Within 15 minutes, the team had accrued an exceptional amount of kills for each of their players, racking up more gold after winning an extended bot lane trade where MAD believed they had come out on top.

MAD’s lack of vision across the map proved to be exactly what Rogue needed to prevent their opponents from finding a way back into the game. A few picks in the mid lane followed by a pentakill from Comp’s Sivir brought Rogue back into the series.

Game three and four saw Rogue and MAD instituting similar strategies they had found success with in the first two games, again focusing on getting their carries ahead as quickly as possible as their win conditions. A dominant performance from UNFORGIVEN’s Kalista in game three was complemented by Armut returning to Kennen, a champion he has not played in a significant amount of time, as a means of locking opponents down for easy kills.

With the series on the line, Rogue prioritized coordinated teamfights for epic objectives in game four that denied MAD even a single kill on their carries. Thanks to some upgraded Mythic items from Odoamne’s Ornn, Larssen’s Ahri and Comp’s Lucian enjoyed a collective 15/0/21 KDA, having picked off their opponents with ease and then escaping thanks to their high mobility.

In MAD’s corner for game five was a more standard engage composition, complete with Renekton, Wukong, Sylas, and a standard Lucian/Nami bot duo. To answer, Rogue surprised the opposing team with a Caitlyn/Lux combination that took control of nearly the entire early game and gave the team exponentially more damage.

Neither side was willing to advance on the other with match point on the line. As the carries of Rogue and MAD continued to accumulate gold and items, there wasn’t any room for an extended teamfight like there had been in previous games of the series.

MAD were forced to concede the Elder Drake and Baron to their opponents after an overextension from Nisqy and losing UNFORGIVEN to a hard-focus from Odoamne’s Gnar. One final push with these buffs, complete with an Ocean Soul, laid waste to MAD’s base, earning Rogue another step in the upper bracket and, more importantly, a spot at Worlds.

While neither team has been eliminated from the Summer Split playoffs thus far, Rogue can enjoy both a continuation of their upper-bracket run, as well as a return to Worlds alongside G2. They will face either G2 or Misfits in their semifinals matchup next weekend.

MAD have been sent to the lower bracket, where their opponent has yet to be determined. They still have multiple ways to qualify for Worlds thanks to the LEC’s four spots this year, though may be reliant on the performance of other teams for how quickly they do qualify.