Uzi is yet to play, however. 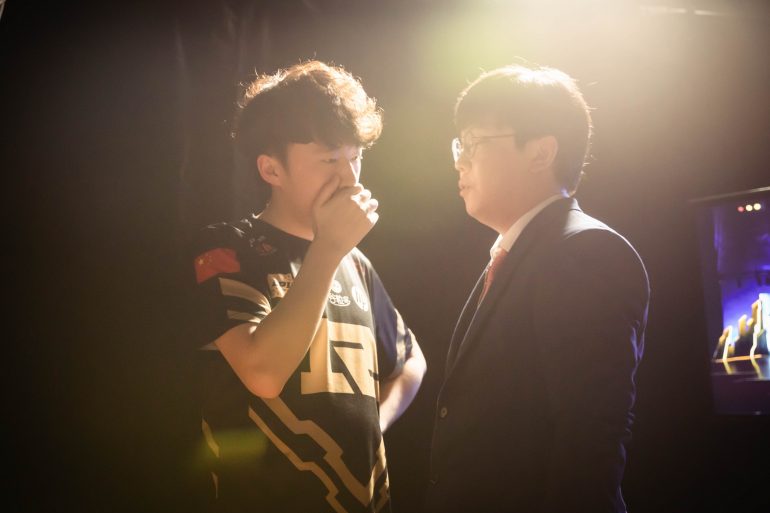 Royal Never Give Up have had a less than satisfactory start to the LPL 2019 spring season, losing their opening game to Suning—a team lead by Taiwanese mid laner Huang “Maple” Yi-Tang. And barely winning their second game versus LGD Gaming.

Suning dominated RNG in the laning phase before taking advantage of the late game and pushing down their towers as a cohesive unit. RNG awkwardly trailed off, and were quickly overwhelmed before losing the best of three series 2-0. It was a surprising upset for the team, and one that sets a worrying trend going into the future of the LPL.

Today, RNG had their chance at redemption, facing off against LGD Gaming—a team considered the vast underdogs. RNG won the series 2-1, but their performance was far from dominant—something we’ve come accustomed to seeing from the reigning champions of the LPL. RNG lost the opening game before jungler Hung “Karsa” Hao-Hsuan stepped up and carried the team to victory.

Royal Never Give Up arguably had their best year in 2018, winning the Mid-Seasonal Invitational, along with the LPL 2018 summer season. The team went into the League of Legends World Championship as the favorites, but despite this, left with a sour taste in their mouths, losing to Europe’s number three seed, G2 Gaming, in the quarterfinals. Rival LPL team Invictus Gaming eventually went on to win the competition, beating Fnatic 3-0.

RNG are anticipated to bounce back in 2019, despite their disappointing end to 2018. It’s much too early to dismiss the team, considering the temporary absence of top laner Yan “Letme” Jun-ze and AD Carry Jian “Uzi” Zi-Hao. The two players are on a resting period, and will be expected to rejoin the team in the months to come.

Uzi is considered to be one of the best players in competitive League of Legends, and his vacancy will have impacted the team greatly. Once he returns to the lineup, expect RNG to quickly shoot up the standings and compete for the LPL title again.

This is the team’s last game until the end of the Chinese New Year. It’s not yet confirmed, but it’s possible that Letme and Uzi will rejoin the team after the new year’s celebrations, and commence playing in RNG’s next match against Vici Gaming in three weeks time on Feb. 15.