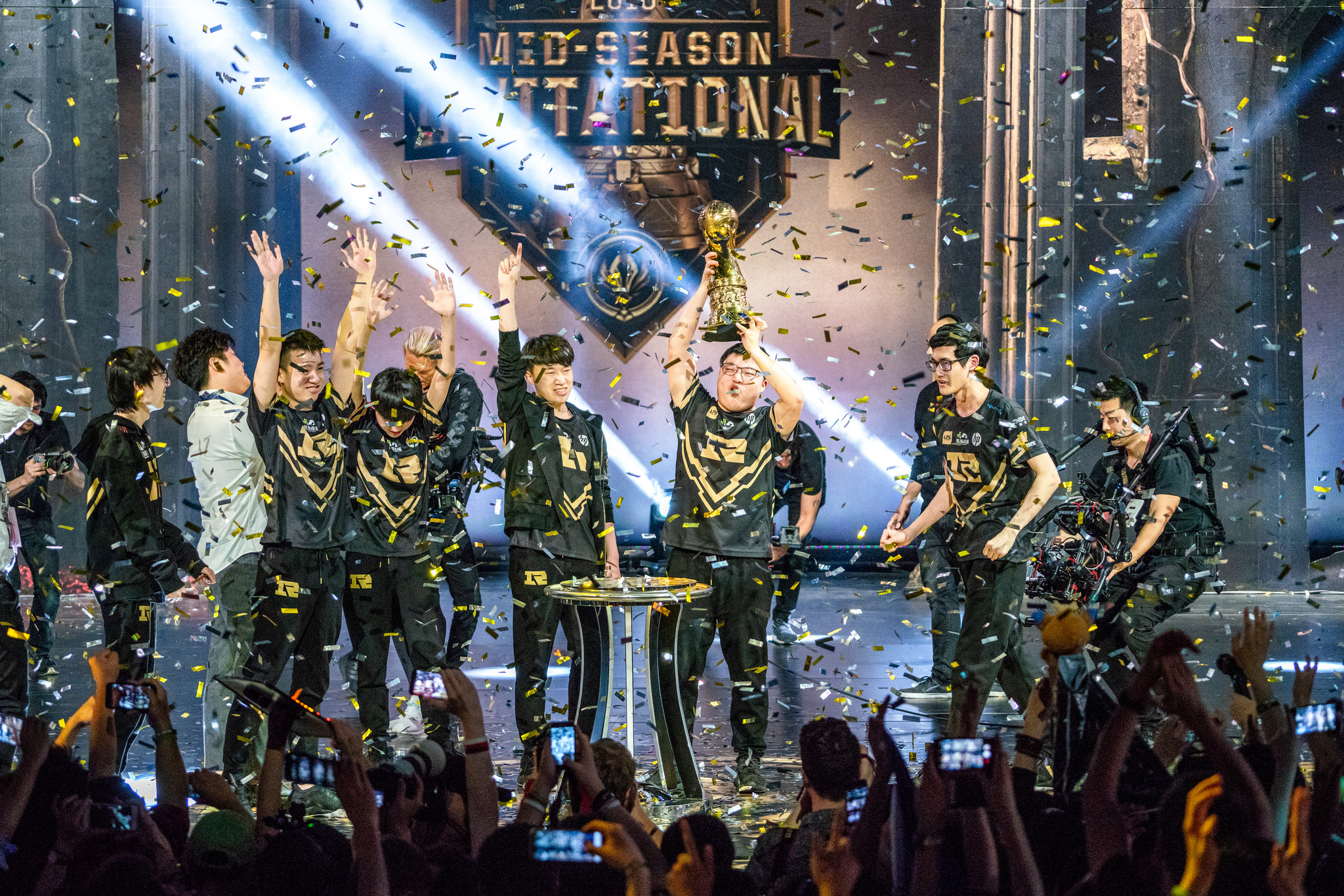 Royal Never Give Up are on the cusp of history. Never before has a team gone into the season-ending World Championship undefeated in major tournaments. If they can take home the Summoner’s Cup to finish off a Royal Slam, it would complete the greatest season in League of Legends history.

But that just makes the task ahead of them even harder. Never before has a team entered Worlds with the pressure that will be heaped on RNG. Even when SK Telecom T1 were at their peak and everyone expected them to win, they could fall back on the championship experience from previous tournaments.

RNG have no such luxury. They’re going into uncharted territory, which makes their pursuit of the Royal Slam the most compelling story of Worlds 2018.

Great players in sports can be immortalized by the type of transcendent season that RNG have put together this year. Tiger Woods’ 1997 Masters win put him on the map, but the completion of his Tiger Slam in 2001 made him a living legend. Steffi Graf’s Golden Slam in 1988 still stands alone in the annals of tennis history. These achievements are ones that are still celebrated today and may be remembered forever. They are lauded for their rarity as much as they are for their difficulty.

RNG’s auspicious season really took off when they upset favorites Invictus Gaming in a five-map semifinal following the LPL Spring Split. What followed is a run unlike any other in the history of League esports: after beating rivals EDG in the Spring Split Final, RNG won MSI, the Demacia Cup, and the LPL Summer Split, making it the first time a team has gone into Worlds undefeated in tournament play. They even went 2-0 in the finals of Rift Rivals and a team made primarily of RNG stars even captured the crown for Team China at the 2018 Asian Games esports exhibition. If RNG cap off a Royal Slam with a victory at Worlds—on Korean soil—it would make their 2018 season immortal.

But wait—there’s more. Before this year, Uzi was known as one of the most star-crossed players in League. Now, for the first time, he can’t lose. And if he’s able to capture his first World Championship, it would also be the first title for China. An entire nation’s hopes rest on Uzi and the rest of RNG. There will be a lot of records broken if RNG actually pull this off.

Their outstanding results have come via a total shift in the way the team approaches the game.

For years, LPL teams were characterized by a skirmish-heavy playstyle that relied on bloody fights and made light of high-level macro play. The way to win in China was always to fight first and ask questions later.

But beginning last year, RNG started going against that playstyle. They developed into a 1-3-1 splitpush team that knew how to control the map and use that advantage to take objectives. They’ve taken that up a notch this split, finishing just seventh in kills. They’re starting to use their brains and not their flashy mechanics to win.

Part of their commitment to more strategic play has been the development of an eight-man roster. Uzi’s wrist injury early in the split not only paved the way for young ADC Dai “Able” Zhi-chun to play, but also for the team to try different strategies. Mid laner Li “xiaohu” Yuan-hao can basically flex to any role, even bot lane. In top lane, Yan “Letme” Jun-ze splits time with former IG and Snake starter Liu “Zz1tai” Zhi-Hao.

But the biggest change this year has been the incorporation of two junglers. The team signed Flash Wolves star Hung “Karsa” Hua-hsuan to give them more early presence, which he’s done. But Liu “mlxg” Shi-yu is still very much in the lineup, like when he went into game five of the summer final against IG and helped start a massive RNG comeback with a big Nocturne ult.

That series really exemplified the style that’s been so successful for RNG: no style at all. Like when Bruce Lee created Jeet Kun Do, the style of no style, RNG have figured out that in intense best-of-five matches, they need to play a whole range of styles. They were the first LPL team to master the 1-3-1, and now they’re the first to be able to shift in and out of that strategy. They spent most of that fifth game vs. IG in a five-man ball and that’s how they won the final teamfight.

RNG are on the cusp of doing something no LPL team has done because they spent time to learn things other teams haven’t. They’ve learned from heartbreak—like Uzi’s slew of second place finishes in the region and at Worlds—and failure, like when the Uzi-less roster was relegated in 2015.

They came back from that nadir with the “Never Give Up” team name and have embodied that philosophy perfectly over the past three years. Now they have just one more test ahead of them: win Worlds, complete the Royal Slam, and their 2018 season will be remembered forever. Worlds may be returning to Korea this year, but all eyes should be on RNG, the best story in League esports.