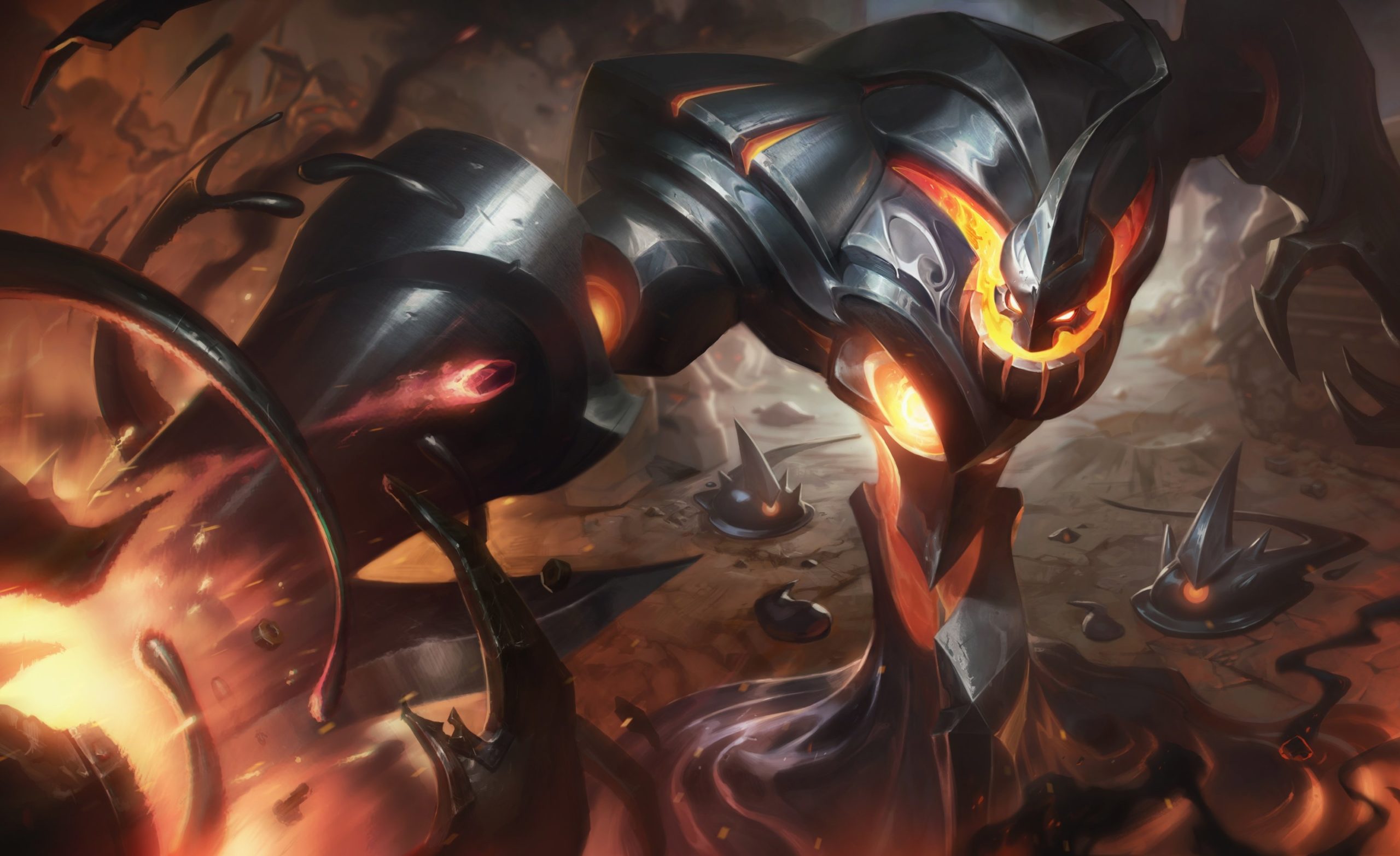 Riot previewed five League of Legends skins today, which should be hitting the PBE soon. And while the Battlecast Nasus and Zac skins are a different theme than the Resistance Jayce, Yorick, and Singed cosmetics, they all have one thing in common—metal.

The new cosmetics are a godsend for Zac and Singed fans, who haven’t gotten a skin in over 1,000 days. The green blob’s last cosmetic, for example, was in June 2017 to commemorate SKT T1’s 2016 victory at Worlds. Even though the skins are long overdue, they certainly don’t disappoint.

The Battlecast Nasus and Zac skins are machine-like with pulses of lava and sharp edges. The Jayce, Yorick, and Singed cosmetics offer similar hues of steel and bright red, and appear to be rebels set on fighting the power.

The League Twitter also included the splash arts for all the skins in their respective threads.