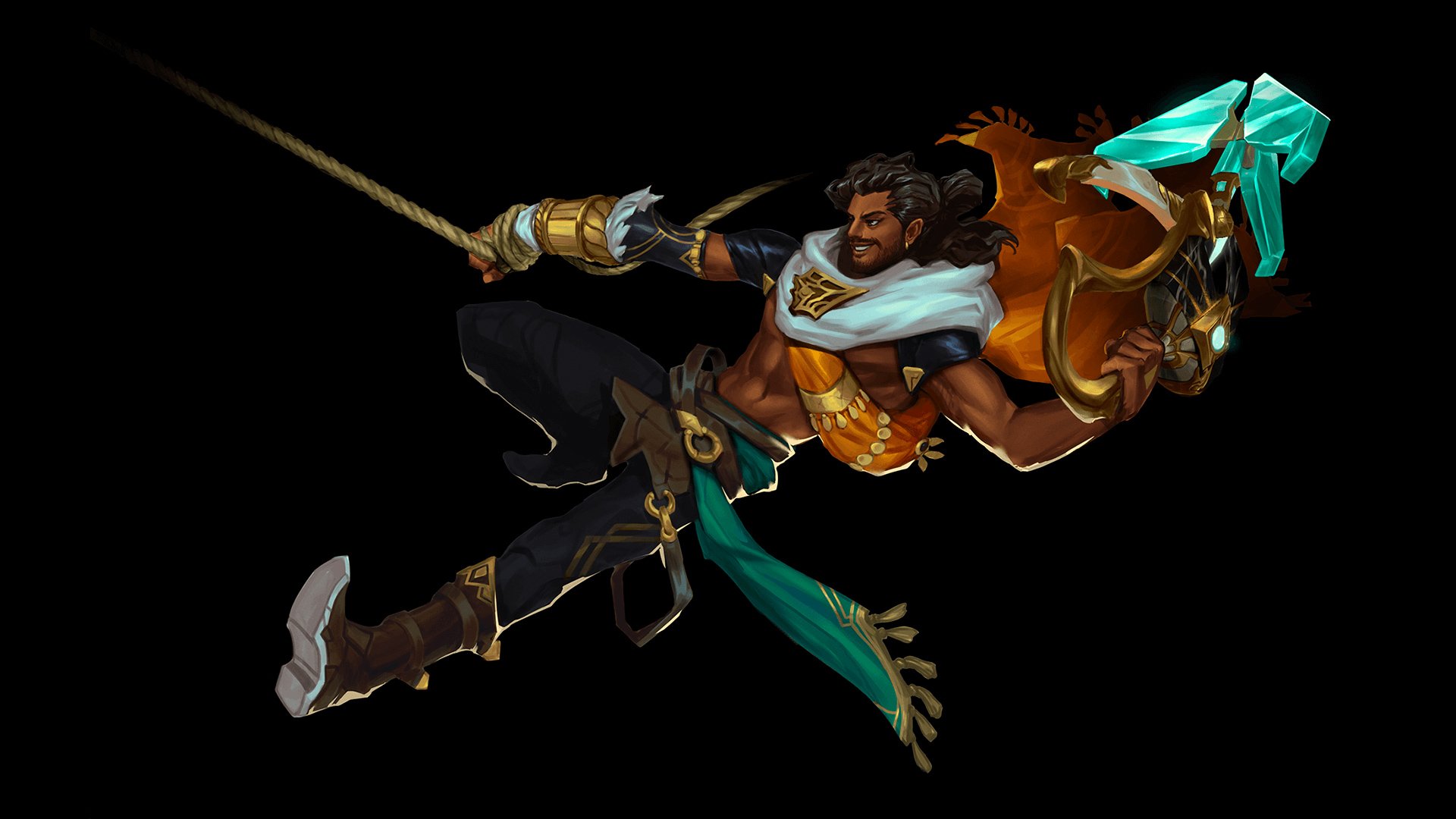 League of Legends’ upcoming champion is more than just a charming assassin.

Riot provided more insight today on Akshan, discussing his role as a mid lane marksman assassin and his lore in a dev blog post. While players can expect unique gameplay from his kit, the Rogue Sentinel also brings a charismatic personality and a sad backstory to the Rift.

The new champion’s design came from watching players “define the meta,” according to Riot. Marksmen have periodically left the bot lane, dabbling in a solo lane to dominate a melee opponent. But “none of them feel like they belong there,” game design lead Jeevun “Jag” Sidhu said. Until now, that is.

“They don’t provide the things that champs designed for mid should, like crowd control or target access,” Jag said. “So we wanted to craft an experience that would feel like a distinct assassin style, but also clearly feel like a marksman… and put those two worlds together in mid lane.”

Armed with a powerful weapon that includes a boomerang, grappling hook, and gun, Akshan has the mobility to get out of a sticky situation or the potential to dive into the fray and assassinate a target. Pair that with stealth and the ability to revive fallen allies, and players who can make smart and impromptu decisions will benefit most from the Rogue Sentinel’s kit.

As for his story, Akshan has plenty of heartbreak to go around. Growing up a street urchin in Shurima, he always stood up against injustices he witnessed. But after he “pissed off the wrong man,” the young Akshan was beaten and left to die. He was saved by Shadya, a kind woman who resurrected the urchin with a powerful weapon. Shadya trained Akshan to be a Sentinel, traveling across Shurima to collect ancient weapons that would eventually be used to defeat Viego.

But all good things must come to an end. Shadya was murdered, leaving Akshan to seek vengeance using his new Sentinel weapon.

“We had a hard time finding the right balance between revenge and hero,” principal narrative writer John “JohnODyin” O’Bryan said. “There were points during development where we made a slight adjustment to who he was, and he swayed too far into evil, and lost the good part about him… I think he’s landed in a place that’s morally grey. He has strong morals and a good motivation, and that’s what keeps him from being the type of man he hunts.”

Akshan and Viego are perfect juxtapositions of each other. Even though both experienced heartbreak, Viego is determined to destroy the world to get what he wants while Akshan is trying to save it. With the Ruination narrative seemingly reaching its climax, League fans should soon find out how the story ends.