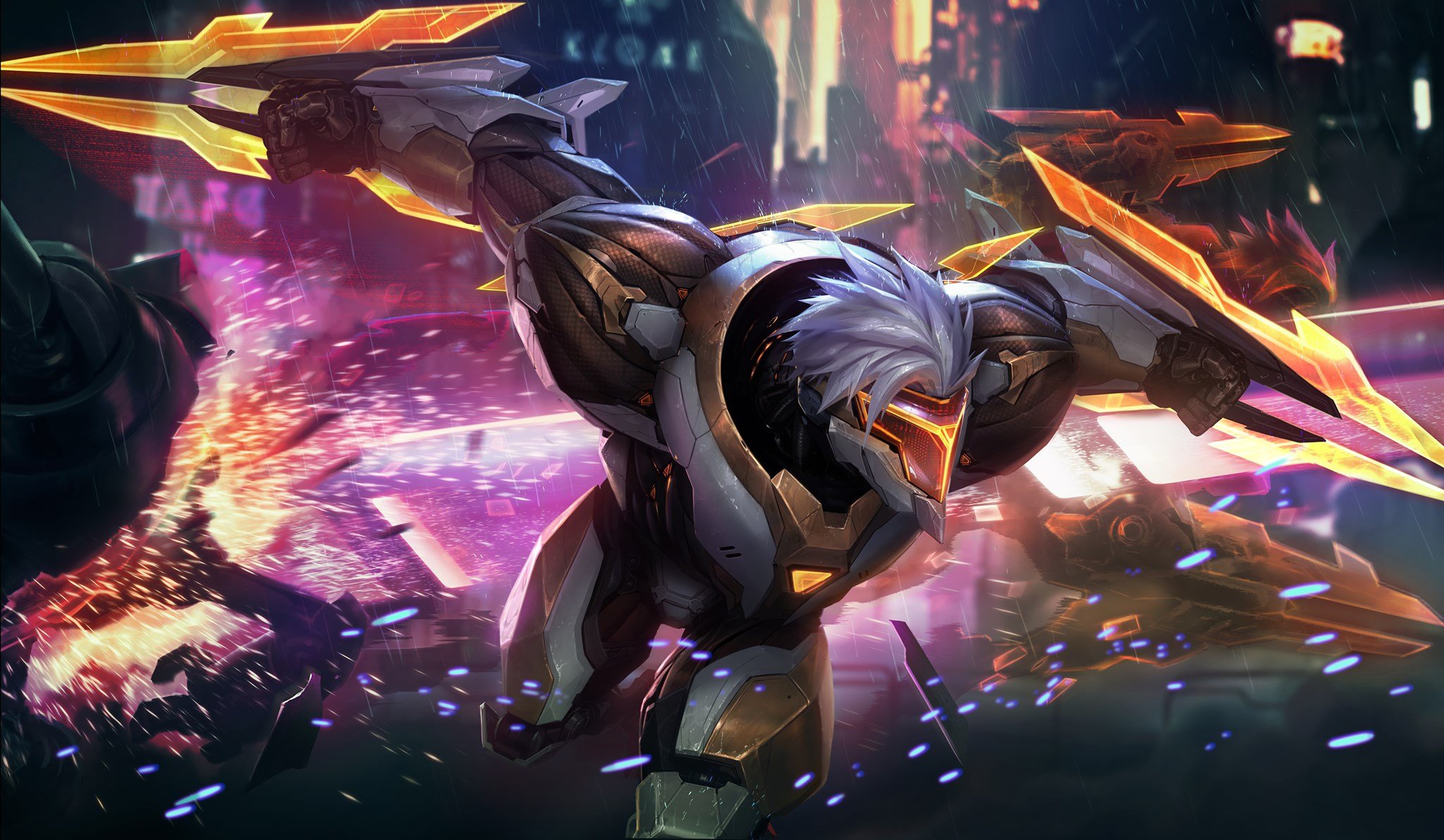 For a champion that’s supposed to be enshrouded by the shadows, League of Legends’ resident master assassin Zed is looking mighty flashy in his new Prestige skin. Riot Games has officially unveiled the splash art and in-game appearance of the Prestige edition of PROJECT Zed.

Zed’s PROJECT skin is one of the older models in the popular skin line. It was the second skin made for Zed back in 2015 and came out as part of one of the first sets of PROJECT skins in the game. But PROJECT has grown exponentially in that time. The skin line is now one of the largest in League with 23 champions in its alternate universe.

This actually wasn’t a surprise for many League fans since Riot had already announced in March that Zed would be getting a Prestige edition for an existing skin of his this year. The developers didn’t specify which skin, but they did confirm that Sylas, Jax, and Pantheon will also be getting Prestige versions of skins as the year moves forward.

In terms of the new design, the skin has been completely reimagined in 2021, with none of the red neon glow from the original skin on display. Instead, his armor is covered in a sleek gold and white colorway, with new details across his person. His helmet has now been removed and has been replaced with a striking new visor and spiky white hair, similar to Varus.

The entire design of the armor has been slimmed down, with the original skin looking much bulkier with his armor compared to the streamlined, vascular-looking changes of the Prestige edition. Overall, the skin has gotten a beautiful update and upgrade to keep up with the rest of the newer, fancier skins that have been released over the past few years.

This Prestige version will be joining the new PROJECT skins that recently dropped during the PROJECT: Bastion event, which looped champions like Mordekaiser, Renekton, Sylas, Sejuani, Senna, and Varus into the fray this year.