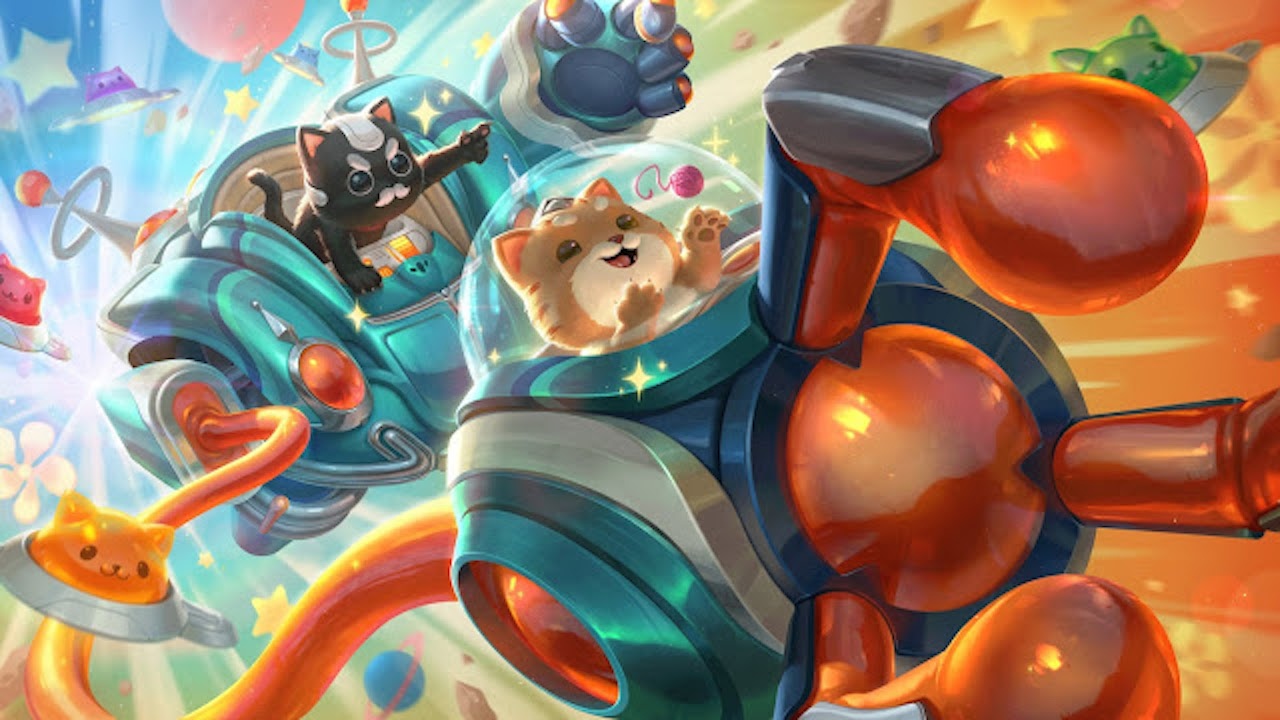 Disco Nunu is back on the Rift and he’s brought some friends with him for an out-of-this-world party.

Riot has introduced the League of Legends champs that will be gracing the new Space Groove skin line, each donning intergalactic 1980s-styled outfits and animations. This skin line seems to be releasing in two waves, with eight skins confirmed for Nunu and Willump, Nasus, Rumble, Lux, Samira, Blitzcrank, Lulu (with a Prestige Edition), and the unrevealed upcoming AP top lane fighter.

Nunu, Rumble, and Lulu have adopted new alien-like appearances that make them look like they’re ready to break down on the dancefloor—complete with flashy, psychedelic neon colors and futuristic machine parts. Lulu will be the recipient of this event’s Prestige Edition skin as well, giving her some cool new golden shades.

But it’s not just aliens making their debut in this space-themed skin line. Blitzcrank and Nasus are now vessels being controlled by a cat and a dog, respectively. These furry friends meow and bark when their abilities are used and even come out to play with their robot bodies in their recall animations.

Lux and Samira look like interstellar pop idols straight out of the zany world of Sega’s Space Channel 5. Their abilities have been completely transformed to showcase the cosmic dance powers they’ve gained, with little alien friends even joining them to cheer them on. And, as with many League skin lines, their weapons are actually just cute little aliens, too.

The eighth skin in the Space Groove line has yet to be officially revealed, but it will likely be announced alongside the reveal of League’s next champion. Alongside these skins will be the Space Groove event, which will feature the return of one-for-all and a new battle pass for players to purchase.

Players can look forward to experiencing new cosmic vibes when the Space Groove skins are released this spring.