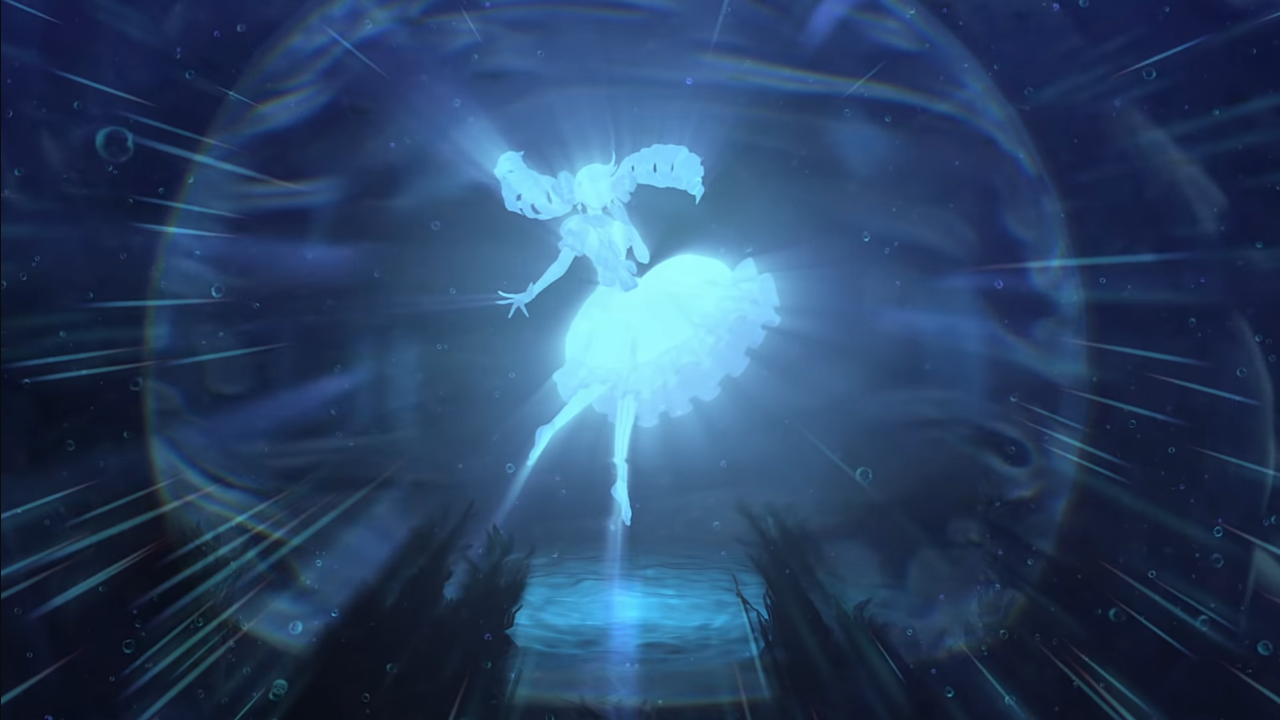 If you were waiting for the unveiling of League of Legends‘ next champion, you’re in luck. Riot Games released a new trailer today called “Made with Love,” revealing Gwen to be the next character to join the game’s growing roster of champs.

The trailer starts off with a still image of a doll being created by a beautiful seamstress. Viewers presume that this woman is Isolde, who was the wife of League‘s most recent champion Viego, because she was revealed to be a seamstress in an official short story.

Meanwhile, the doll gets pulled into the abyss of the Black Mist, which is what corrupted Viego when he tried to raise Isolde from the dead. While in the depths of the sea, a lone blue soul floats across the screen toward the lonely doll before seemingly possessing it. The doll then transforms into a full-sized person, but it’s unknown what she looks like exactly since viewers could only see her silhouette.

“Once upon a time, a seamstress made a darling little doll,” the trailer’s official description reads. “This doll loved her maker very much, but sadly, tragedy ripped them apart, sending the doll to sink beneath sea and sorrow. Centuries passed, but the doll was not deterred, for she knew love would find her again.”

It’s unknown if Isolde’s soul is the one that possessed the doll. But many people in the League community expected her to be the next champion to join the roster, especially since Riot revealed that the next three champion releases would be connected to the return of the Ruined King.

League fans should get more information behind Gwen in the coming weeks.