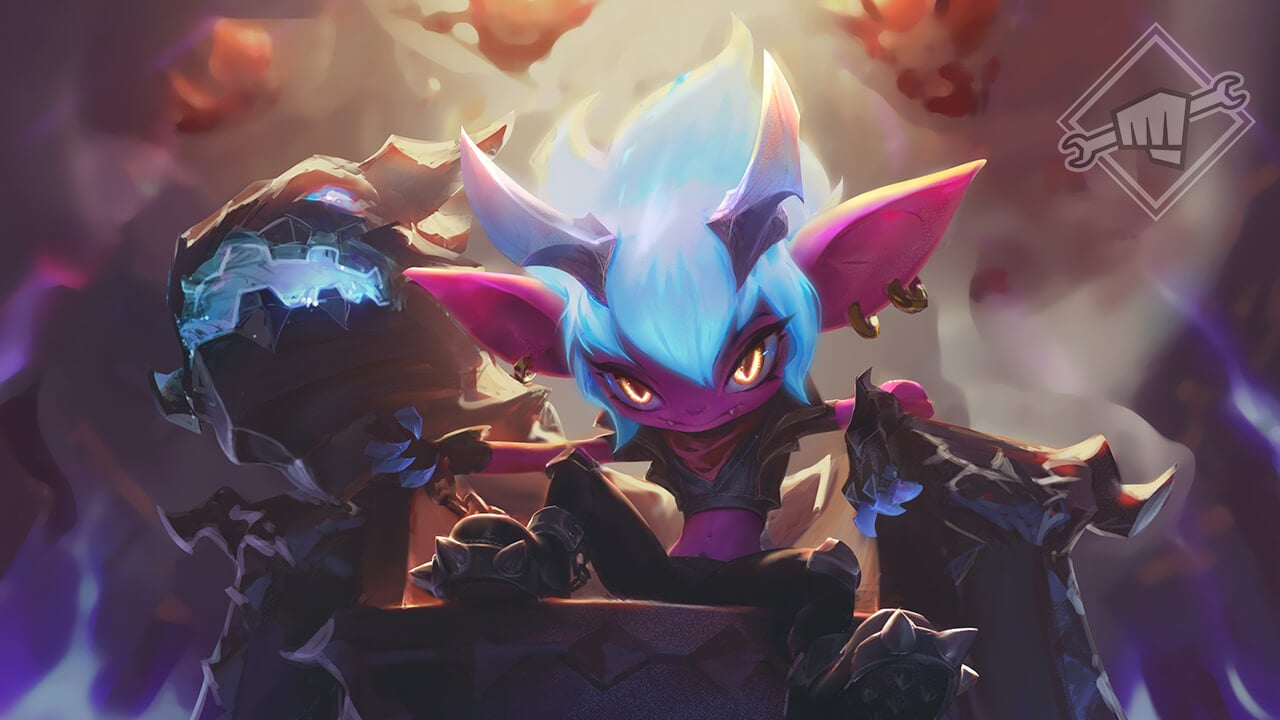 It’s been six weeks since the League of Legends community chose Little Demon Tristana as the Yordle Gunner’s next skin, and the skin is nearly complete. Riot Games released an update on the skin’s progress today, giving fans an insight into the design process and what still needs perfecting before the skin can hit live servers.

The most recent update gave readers a first look at the sculpting process behind the skin’s model, early sound effects, and ability animations four weeks into the design process.

After sculpting the skin’s model, character artists needed to texturize and hand-paint each layer of the skin. The layers “peeled” off the character model, and artists painted each part according to the game’s top-down lighting. All the painted pieces returned to the model, which was then sent off for play-testing.

The pink read as too strong during testing, so the skin’s designers scaled the colors back and added additional blue accents, reaching a nearly completed design for Tristana’s new look.

In the four-week update, Riot left readers with a few audio samples, including animal and fire noises, that would go into making Little Demon Tristana’s collection of sound effects. The League of Legends developer has since mixed the samples together to create the sounds for each of the character’s abilities and featured a part of the effects noise for the character’s ultimate in today’s update.

The skin is close to being finished, but there’s still work to do before the product can be completed and shipped to live servers. Only two shorter updates remain, and fans will get a closer look at Little Demon Tristana’s completed splash art and additional chromas in the next update.