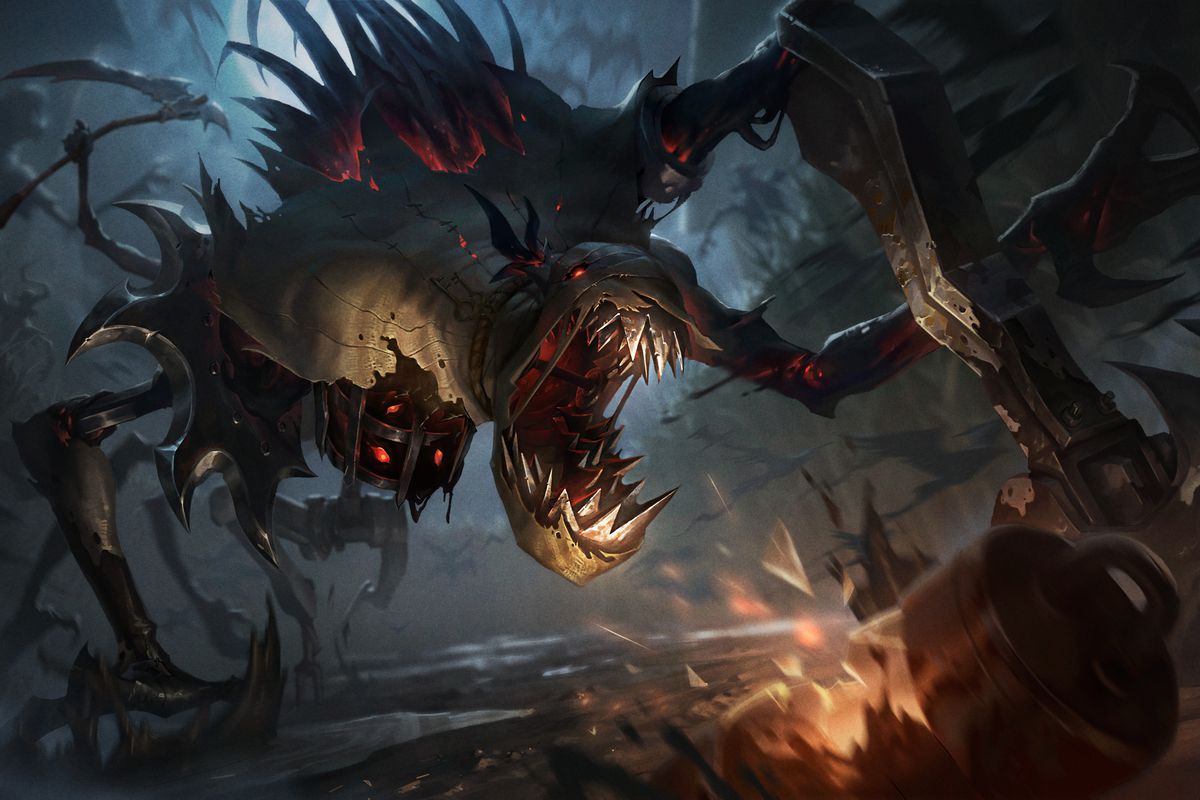 Most people have heard of a frightening old wives’ tale that’s only meant to scare young children or anyone who’s extremely gullible. But Riot Games has unveiled a new short story for Fiddlesticks that shows what happens when a fable comes for those who didn’t believe in it.

Titled “The Ancient Fear,” the story begins by recounting the earliest encounter with Fiddlesticks. A long time ago, a young mage in a tower by the sea accidentally summoned the fearsome scarecrow into Runeterra. It was something he couldn’t hope to control and “older than recorded history.”

Every faction in Runeterra has a story to explain what Fiddlesticks is. Freljordians think he’s a monster that raises himself from icy graves, while Noxians believe he was a farmer who was blamed for a bad harvest and fed to the crows, only for him to return as a vengeful demon. Ultimately, that’s all he is to many people, though—a story that could never be real, until today.

Deep in the Demacian hinterlands, that myth has awoken once more and has started to plunge fear deep into the hearts of anyone who crosses its path and manages to live to tell the tale. People are quick to blame mages for the disappearances of farmers, soldiers on patrol, and random travelers on the path. But the truth is more of a nightmare than anyone would predict.

Fiddlesticks is possibly the oldest demon to have stepped onto Runeterran soil and is one of the most terrifying. He doesn’t have an agenda and he doesn’t have any goals. He doesn’t even have any thoughts. He isn’t like Tahm Kench or Evelynn, who seek gluttony or agony through their own specific means. He’s simply a monster that kills because that’s all he thinks about in his mind.

Fiddlesticks isn’t a myth anymore. He’s back and he’s no longer the goofy scarecrow that called you “master” in previous patches. He’s fear incarnate. Hopefully, he doesn’t haunt you in your dreams.