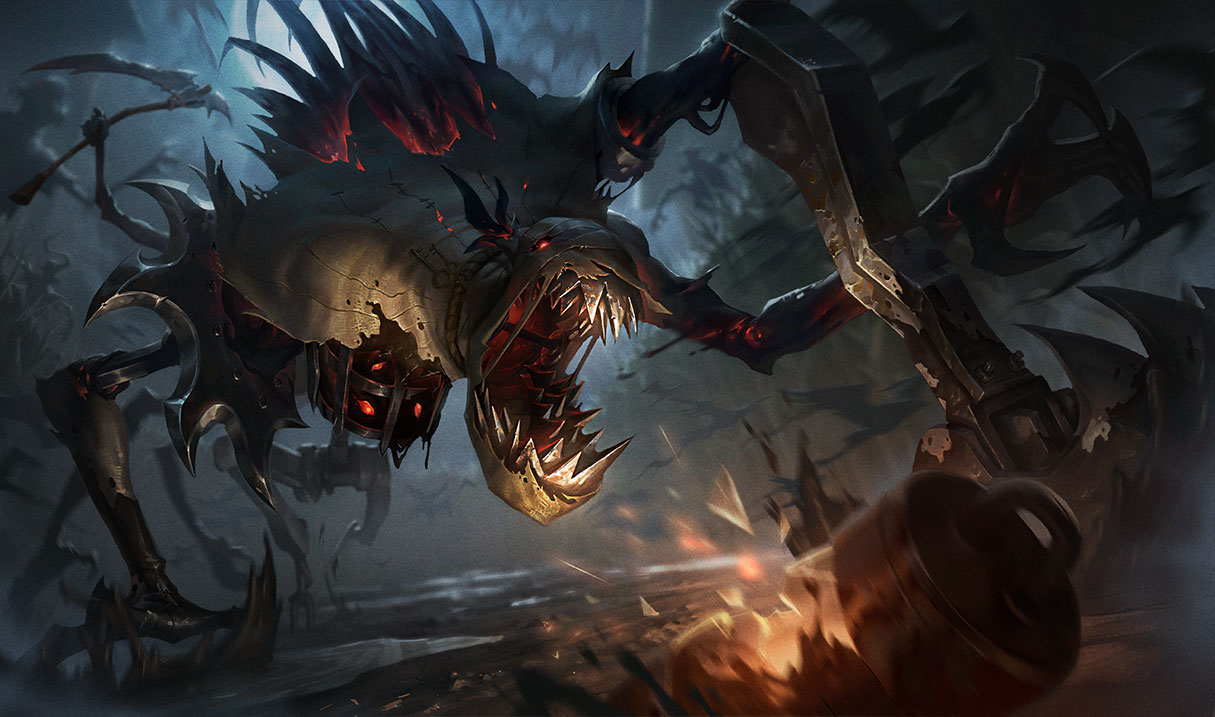 If Fiddlesticks’ new design wasn’t scary enough, then his incredible new voiceover will certainly send shivers down your spine. Riot Games showed off the Scarecrow’s new voice lines today, and unfortunately for League of Legends solo queue players, he’ll be more than just a fable on Summoner’s Rift.

Fiddlesticks’ voice lines are chilling to hear once you listen closely. Whether he’s moving or attacking, he’ll constantly be talking in a horrifyingly raspy tone. He also rarely says any of his own lines. Instead, it seems like he’s just repeating what he’s heard from his unfortunate victims before their death.

When moving, for example, Fiddlesticks will say, “I’m so scared” or “Open the door.” When he first encounters certain enemy champions, he’ll constantly reference their life or one of their greatest fears.

A good example is when he first sees Sylas, to which he screams out, “Vannis, don’t hurt her.” This references Sylas’ backstory and origin, where he ended up accidentally killing a young mage and her father after trying to protect them from Demacian mageseekers—one of which was named Vannis.

He even references Yasuo’s lore in a chilling voice line where he says, “Brother… how could you betray us?” This is a callback to the swordsman’s tragic past where he was wrongly accused of killing his master and eventually had to kill his own brother.

When Fiddlesticks successfully kills an enemy champion, he simply repeats one of their voice lines in his own twisted, metallic speech. It’s a disturbing change to a champion that was a lot less dark in his original form.

Fiddlesticks will be hitting the PBE servers today, so get yourself ready for the scariest thing you’ll see on the Rift.