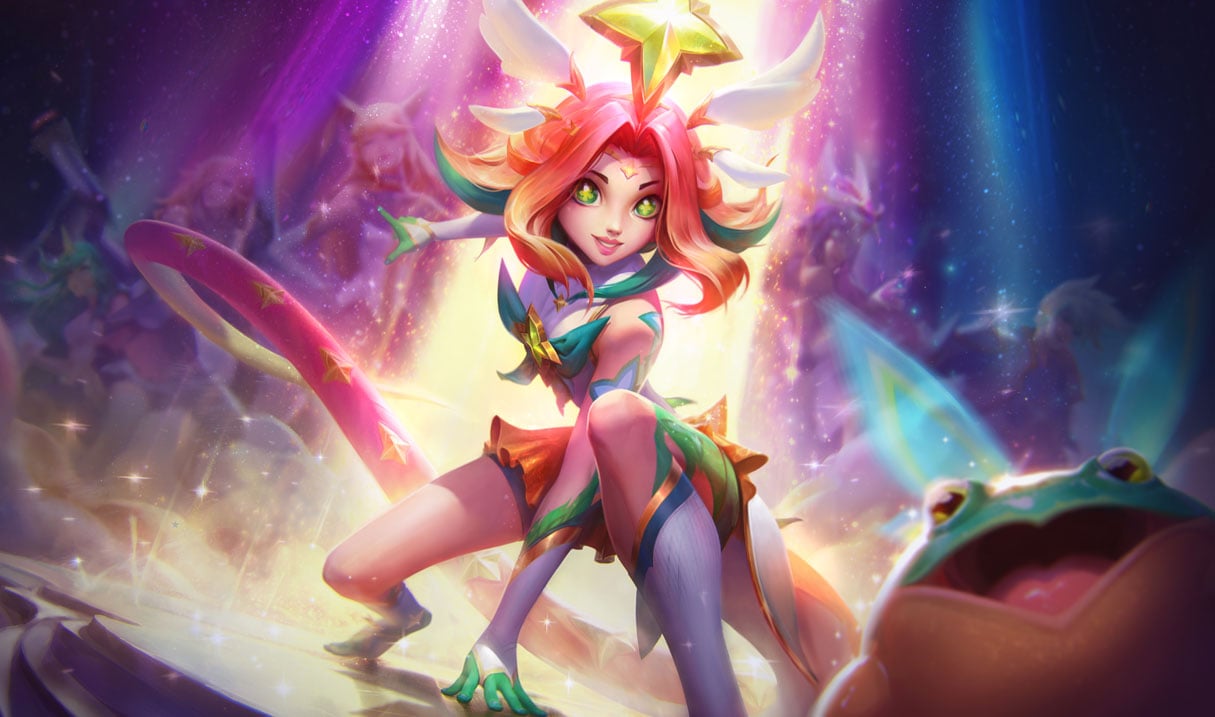 Riot Games has finally released a beautiful cinematic surrounding the newest additions to the Star Guardian universe, including a whole new faction called the Corrupted Guardians.

Xayah and Rakan were once Star Guardians who died in the fight against Zoe. They were resurrected and corrupted to fight against their former allies. Neeko, on the other hand, was once a part of Ahri’s original Star Guardian team but went into hiding after everyone thought she too had died at the hands of Zoe. But now, she’s reemerged to help the new Star Guardians fight off Zoe and her nefarious plans.

The video is centered around a fight between Xayah, Rakan, Zoe, and Neeko, who are locked in a furious battle where the lover’s duo is chasing after the Curious Chameleon. All of their respective abilities are on display, including Neeko’s Inherent Glamour, which she used to fool Rakan into saving her for a moment.

This cinematic, like many of the other Star Guardian videos, looked incredible from start to finish. The animation was stunning, from Xayah and Neeko’s initial fight to Ahri coming in at the end to save the day. The soundtrack choice also helped complement the visuals with some great build-up in the beginning moments leading to the dramatic and intense climax.

Many people have praised the cinematic for its ability to evoke an emotional response in such a short amount of time. Some fans have even called for Riot to actually help create an anime based on the League of Legends lore in some capacity. Although this idea was said in a joking manner, League fans would probably love a show based on the game’s lore.

All four Star Guardian skins will be released with Patch 9.18.