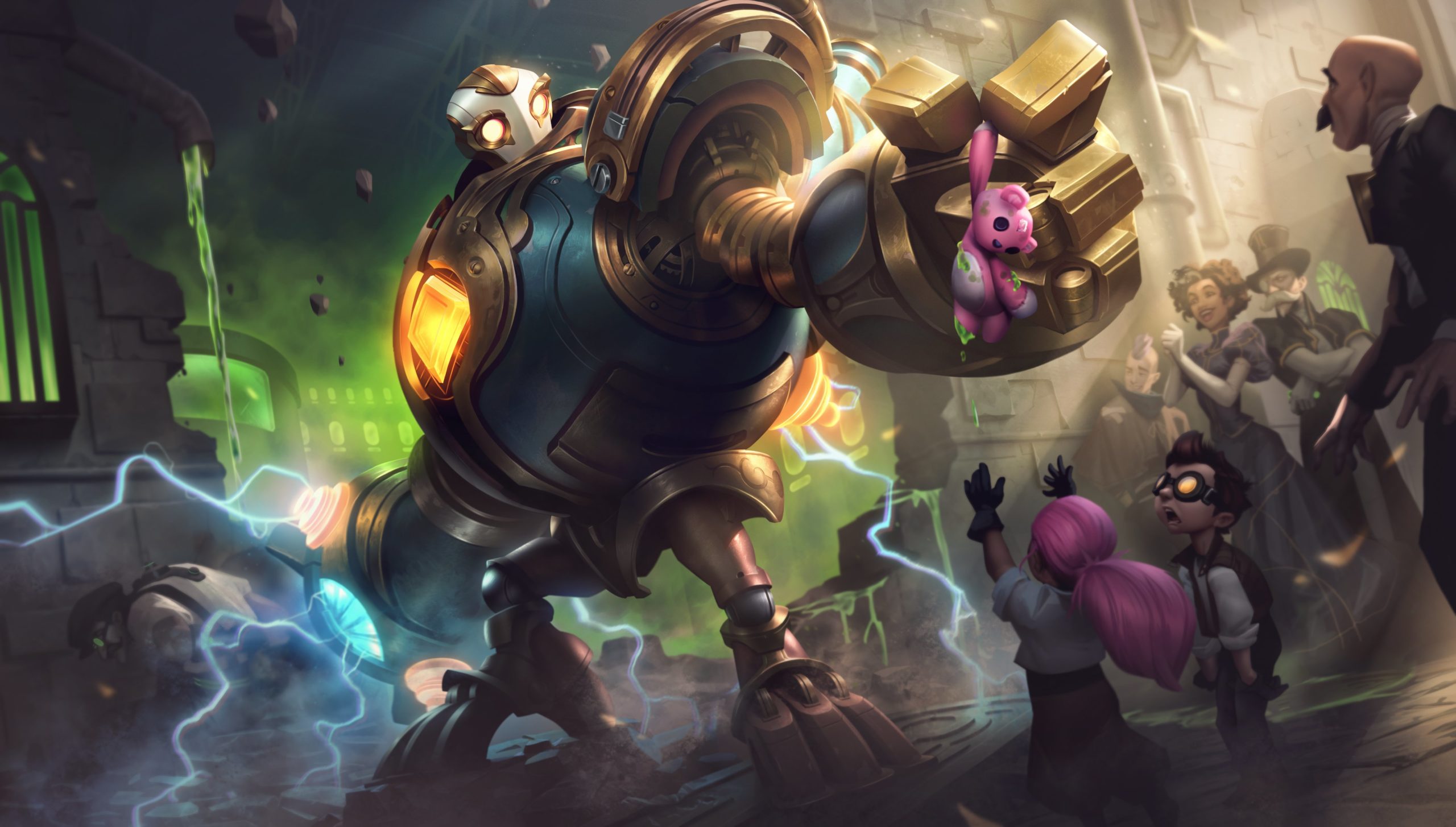 This year’s Victorious skin in League of Legends will be for Blitzcrank, Riot Games confirmed today.

Yesterday, Riot teased this year’s Victorious skin by releasing a promotional image of a pink teddy bear, leading many League fans to believe that the annual edition of the skin would be for Annie. But today’s fully zoomed-out splash art showed Blitzcrank holding the bear in question, revealing that the champion will be receiving the 2021 Victorious skin.

Last season, Riot teased the Victorious skin with a zoomed-in image of a pistol and fans correctly guessed that the skin belonged to Lucian. This year, though, League players were thrown for a total loop.

Normally, each year’s Victorious skin is rewarded automatically to League players who reach Gold rank in any ranked ladder. Chromas for the skin are awarded to players who achieve ranks beyond Gold. A player who reaches Challenger rank in solo queue, for example, will be given a chroma for Victorious Blitzcrank with a gilded, royal blue tint reminiscent of the Challenger rank icon.

Riot has announced that Victorious Blitzcrank will go live with Patch 11.22. That particular patch will go live on Nov. 3, according to the game’s official patch schedule. Whether that date implies that the League season will end ahead of Patch 11.22 is still to be determined, though. Riot has not yet announced an end date for the 2021 ranked League season.