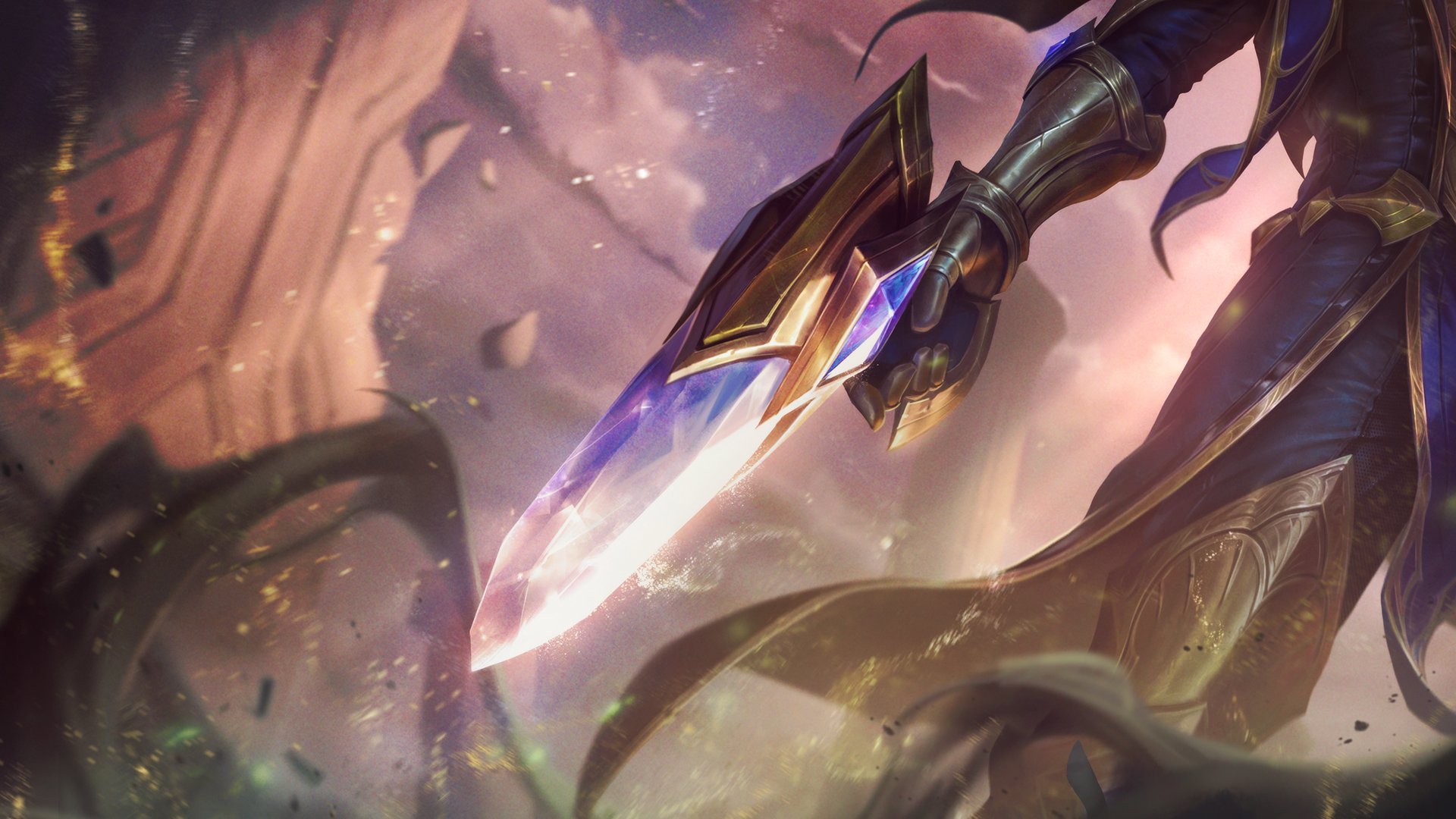 With the 2020 League of Legends ranked season winding down, the speculation surrounding the game’s next Victorious skin is heating up. Today, League’s official Taiwan Facebook page teased the Victorious skin with two new images.

The first image features a gem-encrusted chestplate with a blue and gold trim, fitting the theme of the Victorious skin line but not necessarily revealing which champion is wearing the armor.

The second image is a bit more straightforward. It showcases a silhouetted figure holding a blue and gold pistol, leading players to believe that the champion in question is Lucian.

Of course, there are four total champions in the game that utilize pistols. Alongside Lucian, other pistol users include Jhin, Gangplank, and Kled.

Initially, Gangplank and Kled can be ruled out of the discussion due to the fact that those two particular champions don’t match the body type or armor design of the character in the image.

From there, Lucian and Jhin are League’s most prominent pistol-wielding champions who could match the mystery figure in the image. But the conclusion can be made by looking at how heavily those two champions were separated when it came to their overall presence in professional play this year. Traditionally, champions with a high pick-rate in pro play are often chosen to receive the Victorious skin at the end of the season. Last year, Aatrox received a Victorious skin after being League’s most picked or banned character throughout 2019.

This year, however, the debate between the two strong contenders according to this image, Lucian and Jhin, is settled by the fact that Jhin only posted a pick/ban rate of six percent across major professional leagues in 2020. Lucian, on the other hand, appeared in 26 percent of all professional champ selects this season, according to League stats website gol.gg.

It’s perplexing as to why Riot would choose a champion like Lucian to represent the 2020 season when characters like Sett and Aphelios absolutely dominated the professional landscape this year. Still, the prospect of a Victorious skin for one of League’s most historically prominent champions is intriguing.

Lucian recently celebrated his seventh anniversary, and frankly, there hasn’t been a single season since his release where the character hasn’t had some sort of impact on the game. Whether as a dominant force in the meta or a widespread pocket pick, Lucian has been a staple throughout the history of modern League. With that in mind, it’s definitely appropriate to see him represented with a Victorious skin at the end of 2020.