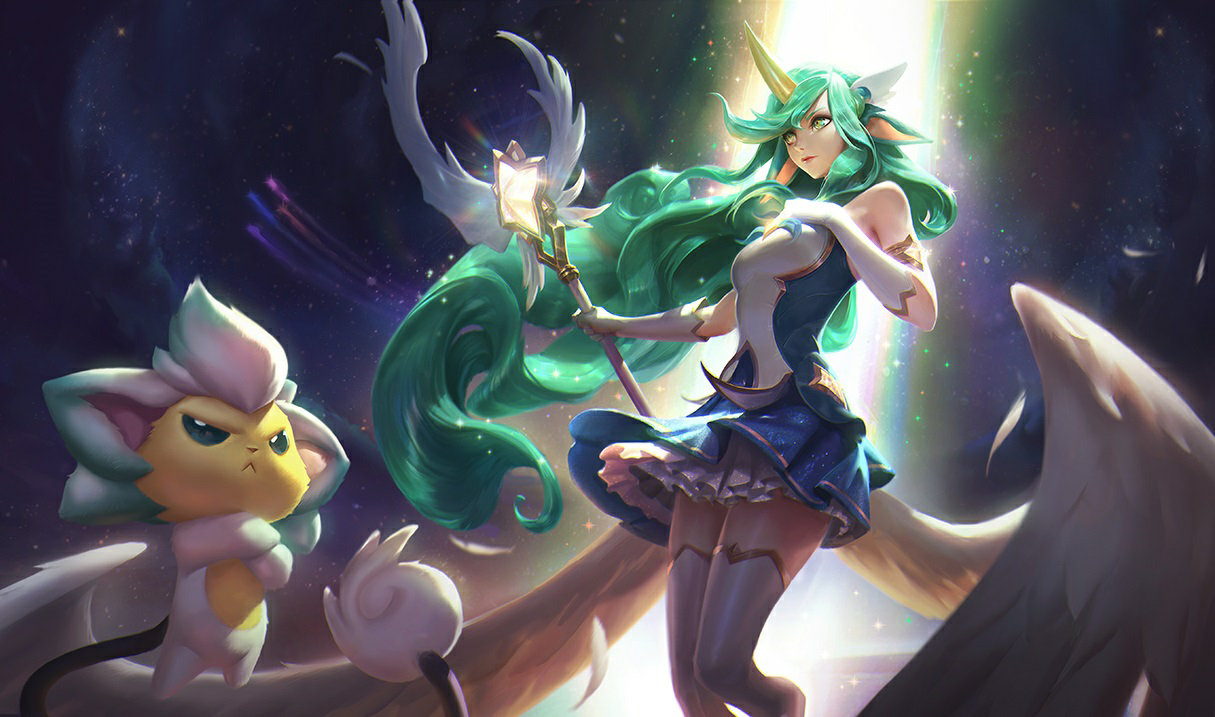 League’s Star Guardian skin line added four new looks to its ranks last week with Patch 9.18. Riot Games is celebrating the release of the new skins today by launching a new line of Star Guardian-themed merchandise in the League of Legends merch store, including a Star Guardian Soraka figurine, two mousepads, and more.

Leading the collection is the Star Guardian Soraka figurine. This special edition collectible stands at 4.8 inches tall and features the Starchild in her Star Guardian outfit, staff in-hand, with her familiar Shisa by her side. Fans can add the figure to their collection for $25.

If T-shirts are more your thing, Riot has you covered. The League of Legends developer released shirts for each champ on Star Guardian Ahri’s team. Two of the shirts, the ones featuring Soraka and Ahri, are long sleeve and are priced at $40, while the other three are between $30 and $35.

Lastly, fans can pick up a new set of Star Guardian pins for $20. The set comes with pins for three of the four new skins, including Star Guardian Neeko, Xayah, and Rakan.

Fans can see the full collection from the League of Legends online merch store.