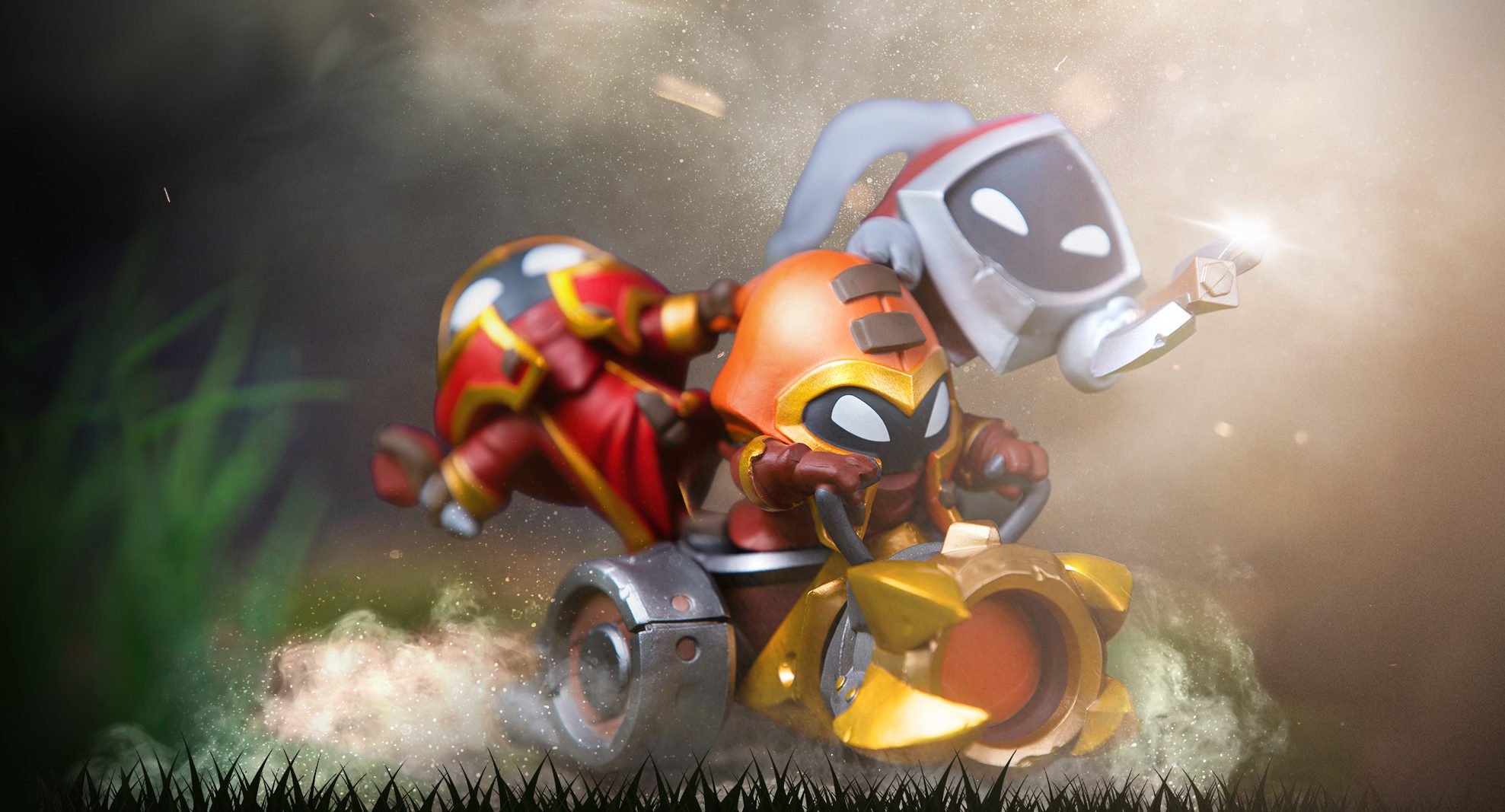 As part of Series Three, the Minion Mayhem figure stands 3.8 inches tall and features a caster, melee, and cannon minion as they lead the charge to the enemy Nexus. Each of the minions ride on the back of the cannon while the melee minion thrusts his sword forward. The figurine sells for $25.

For those who enjoy destroying the enemy Nexus in comfort, Riot has you covered. The developer added two new clothing items to the store, including a red minion hat and slippers. Each item sells for $20 and comes in one size.

There are two pin packs included in the collection: one for blue-side minions and one featuring red minions. Each pack features three pins, including two caster minions and one melee minion, for $20.

Related: League’s K-pop group K/DA is back and pre-releasing a new single on Aug. 27

The new items join the store’s older minion-themed merch, including two plushies, a set of T-shirts, and a mousepad. Fans can find the full collection in Riot’s online store.