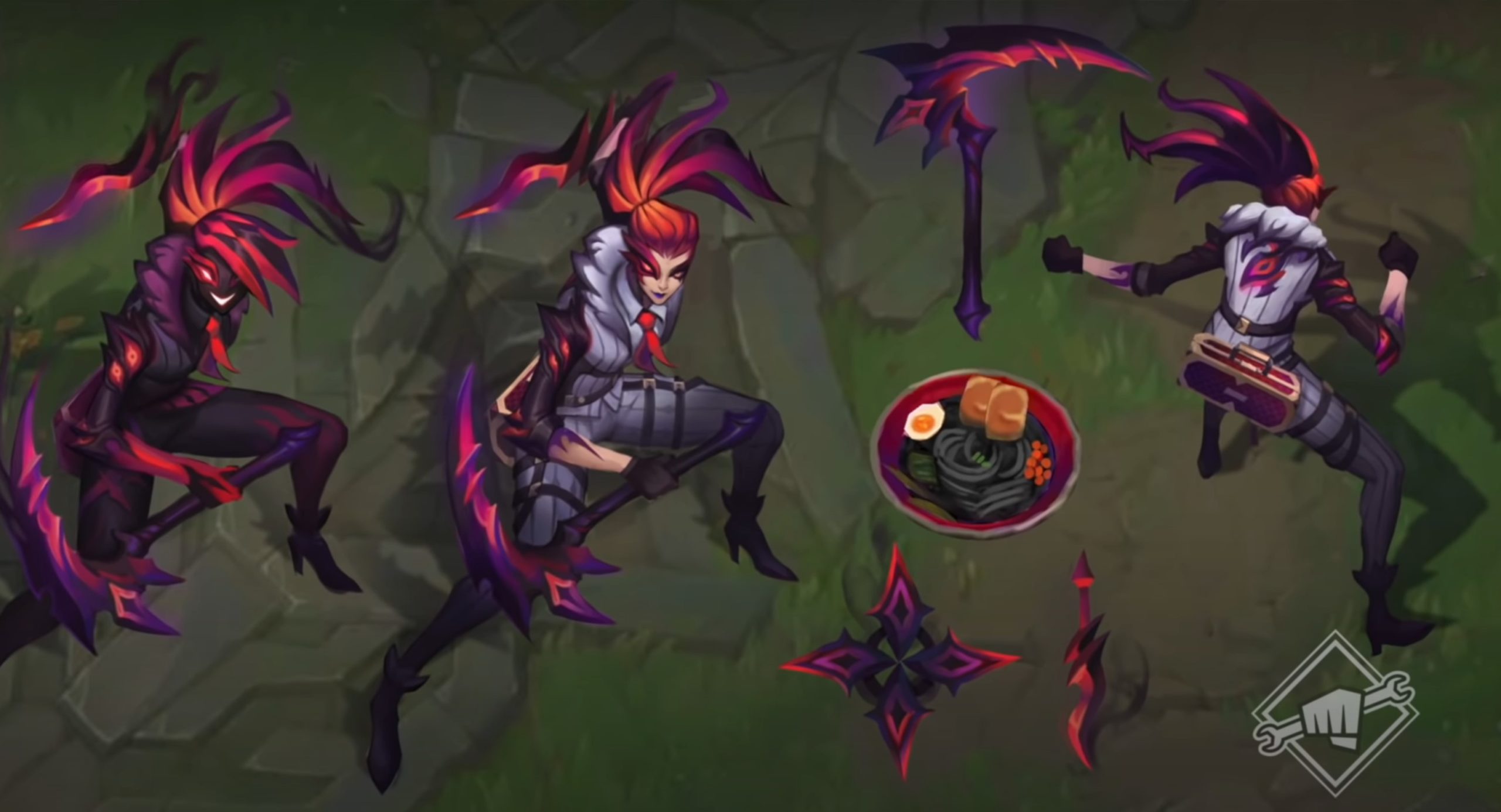 The two skin lines spawned from a fan vote earlier this year, in which League players were able to decide which skin line would come to the game. The original vote consisted of three potential skin lines: Crime City Nightmare, Monster Hunters, and Debonair 2.0. Crime City Nightmare won that fan vote earlier in 2021, but according to Ambrielle Army, product lead for the League skins team at Riot, “Debonair 2.0 came in at a close second, so we decided to make them both.”

Thus far, Riot has confirmed the Crime City Nightmare skins will be available for Akali and Twisted Fate. It’s unclear whether there will be more champions involved in the skin line.

Riot also mentioned that the team is “keeping up a pretty good pace” when it comes to skin production, with League set to release over 140 skins in 2021. It’s still unclear when exactly the Crime City Nightmare and Debonair 2.0 skins will join that lineup, but it should be sometime within the next few months.