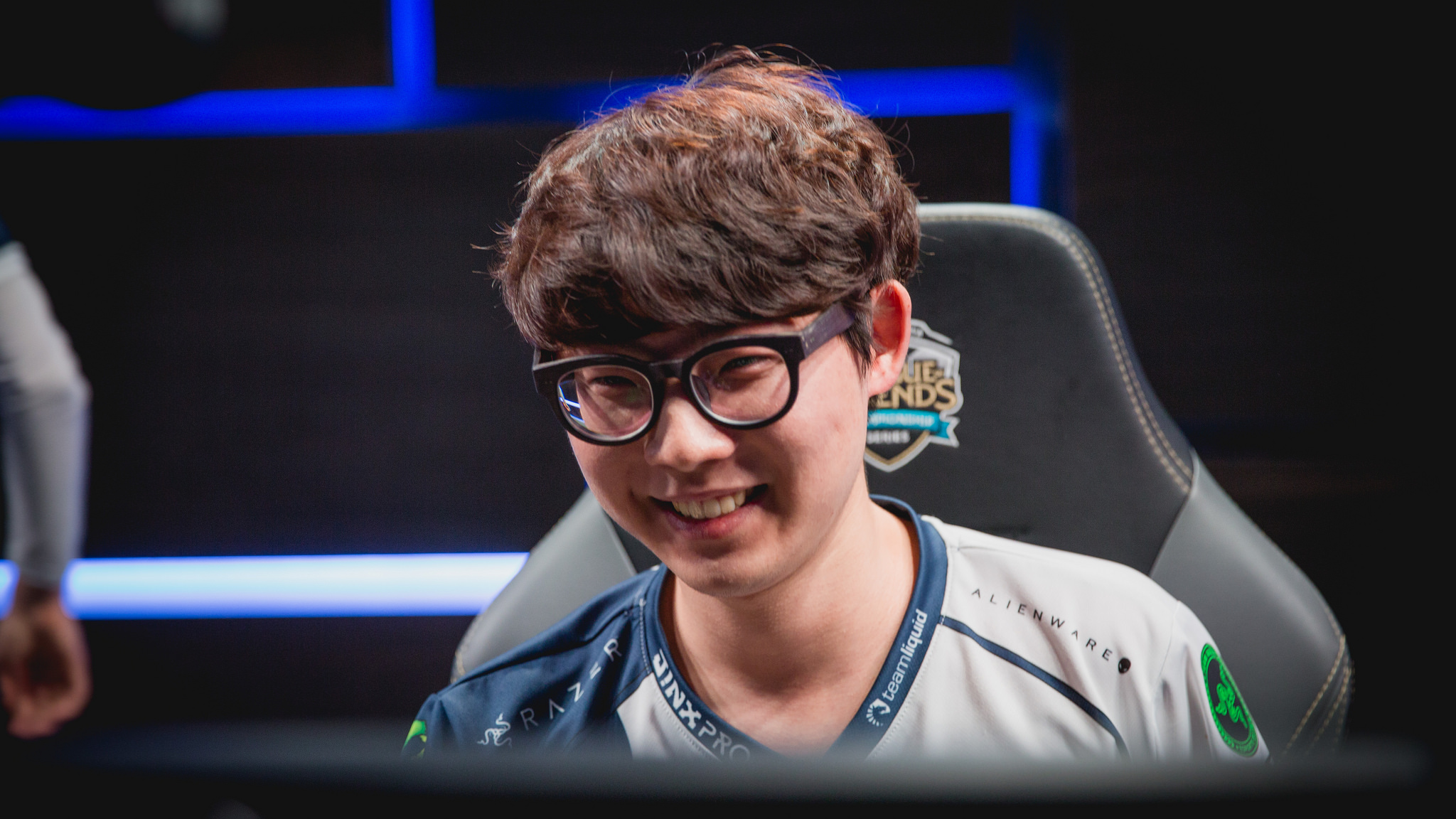 Each time he has looked beaten, he’s surged to a new highs. After a tough year with Team Liquid in 2017, he’ll try to climb to a new peak by transferring to CLG, according to a report from Inven.

Reignover’s career started in Korea with Incredible Miracle 2. Incredible Miracle were perennial disappointments, and Reignover was known as “game over” due to his penchant for throwing games on over-aggressive plays. His career first rebooted when he left Korea to join EU LCS team Fnatic in 2015. Fnatic’s run that year was truly incredible—they put together an undefeated split before reaching the semifinals of Worlds.

Reignover’s success continued the next year when he came to NA with top laner Heo “Huni” Seung-hoon to join Immortals in 2016. But this year, with Liquid, Reignover looked lost, unable to play around the team’s assortment of solo laners and not a good fit for Liquid’s carry-oriented bot lane. After the incredible highs of Fnatic and Immortals, Reignover was back down in the pits.

Liquid have rebuilt in a major way this offseason. Adding two import players in top laner Jung “Impact” Eon-yeong and support Kim “Olleh” Joo-sung meant Reignover’s days on the roster were limited. Now he’ll go to another established organization. Unlike Liquid, CLG have been the paragon of roster stability over the last few years. The one position they’ve been trying to fix is jungle.

Whether that leads to another career resurgence is the big question. CLG’s top laner, Darshan Upadhyaya, has struggled with his form in recent years, and the team often just leaves him to split push while making plays for the rest of his team. With Reignover, it’s possible that they go back to emphasizing top lane and getting Darshan ahead.

Meanwhile, CLG’s long time support, Zaqueri “Aphromoo” Black remains unsigned. Aphromoo is the biggest free agent in NA that hasn’t yet been linked to a team. The signing of Reignover could mean that CLG don’t believe Aphromoo will return—CLG’s previous style hinged on jungle and support working together, which isn’t a strength of Reignover’s. The only support currently signed to CLG’s roster is Lee “Fill” Hyo-won, who has never seen LCS play.

That means that further roster moves are likely. The next shoe to drop will be when Aphromoo finally decides on a team.