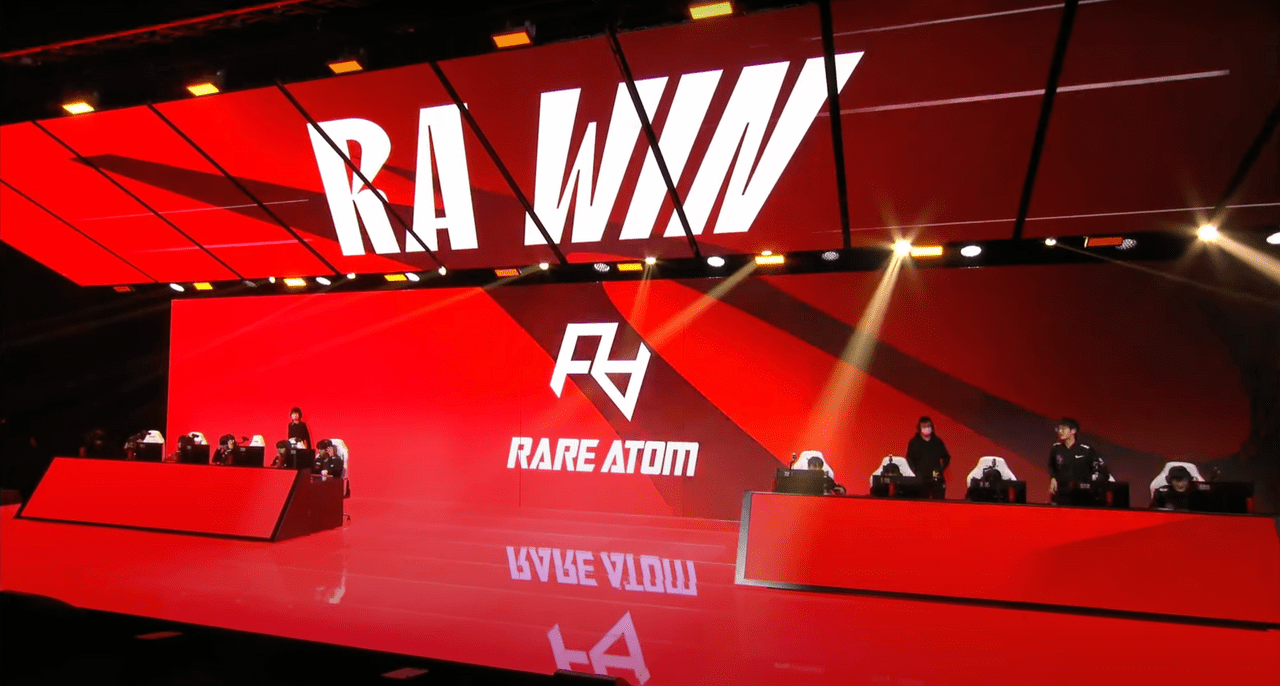 Rare Atom decimated FunPlus Phoenix today with two sub-30-minute wins to improve their record to 5-5 in the 2022 LPL Spring Split.

Both at 4-5 in the 2022 LPL Spring Split going into this League of Legends series, today’s match was a battle of teams with different trajectories. On one side, FPX have consistently been a team that can challenge the upper echelon of the LPL but are held back by their basic mistakes around objectives. In recent times, though, FPX have suffered an onslaught of losses.

Rare Atom, on the other hand, started the season with a 1-5 record. But even with this poor start, they found a second wave of confidence and team play and entered today’s match on a three-game win streak, looking to usurp FPX in an important match for both teams.

Game one started out as an even battle in which FPX took the first tower of the game 11 minutes in. Both junglers battled for priority in the bot lane and the top side was left on an island to CS in peace. At 16 minutes, FPX held a slight gold lead over Rare Atom, but a timely shockwave onto the FPX backline helped Rare Atom find their third dragon of the game and they took the tempo from FPX.

Rare Atom continued this tempo advantage when they pathed toward the Baron and killed two members of FPX attempting to stop the play. Rare Atom then used this Baron to push the mid and bottom lane waves. They slowly made their way into FPX’s base before ending game one at 28 minutes.

In game two, Rare Atom immediately found an advantage in the bot lane after the Rare Atom bot lane of iBoy and yuanjia killed FPX support Hang just before the three-minute mark. Rare Atom used this early kill to prioritize the bottom side and attempted to take the first dragon at six minutes unscathed.

While they grabbed the dragon, FPX got a kill onto yuyanjia. But this was quickly mitigated when FPX lost two skirmishes in both the top and bottom side of the map and Rare Atom got the first tower of the game.

Things got even worse for FPX when they attempted a tower dive onto Rare Atom’s bot lane. A sleek outplay from iBoy resulted in FPX losing two members and they failed to get their first turret. Twelve minutes into the game, Rare Atom held a near 3,000 gold lead over FPX and iBoy’s Aphelios stood at 3/0/0. This helped Rare Atom grab priority around the third dragon of the game since FPX had to forego any pressure on the bottom side.

FPX attempted to claw their way back into the game when they snuck the fourth dragon of the game. But Rare Atom’s top laner Cube had pushed deep into FPX’s base as Graves and was able to reach up to the Nexus towers.

With two FPX members dead, Rare Atom grabbed a free Baron at the 24-minute mark and they pushed through the mid lane with an 8,000 gold advantage. Rare Atom dealt the final blow to FPX when they aced their opponents and ended the series 2-0.

This win pushes Rare Atom ahead of FPX in the 2022 LPL Spring Split standings where they now stand at an even 5-5 record, a drastic improvement from their initial 1-5 start.

As for FPX, this loss drops them down to 4-6 and in 11th place. They’re now in danger of missing the playoffs. FPX will face off against ThunderTalk Gaming on Feb. 27, where they should be the favorites to win that series.

Rare Atom have finished their sixth week of the 2022 LPL Spring Split and open week seven on Feb. 28 against Team WE, who have looked better since winning their first series against LGD.